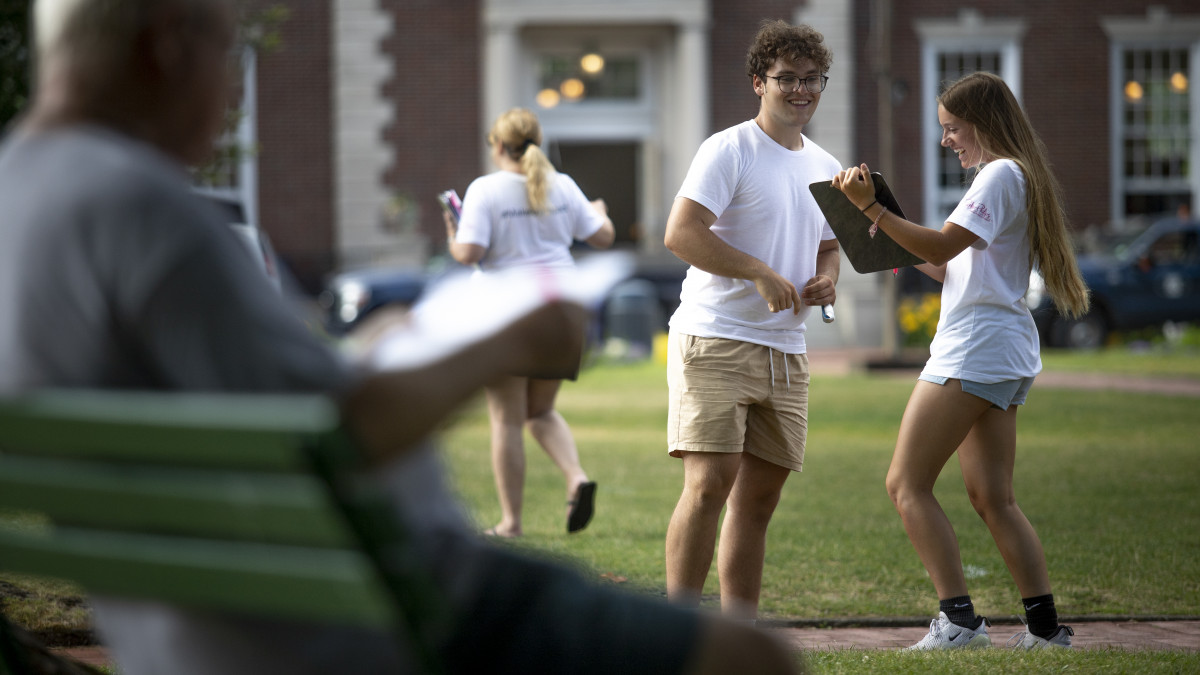 For the first time in 25 years, Chautauqua Institution is conducting an economic impact survey, this time in collaboration with the Chautauqua Property Owners Association.

“The reason that we do these sorts of studies is because being able to tell the story of the Institution’s role in Chautauqua County, Western New York and the state of New York is really important for things such as grant applications or anything that we may need to do that requires government support,” said Emily Morris, senior vice president and chief brand officer at the Institution.

Representatives of Parker Philips, a consulting firm in Erie, Pennsylvania, have been on the Institution grounds since July 5, conducting in-person surveys. That first phase concludes Tuesday. This is the first time the CPOA has been directly involved with an economic impact survey.

“We collaborated with our Chautauqua Property Owners Association, who also wanted to have a deeper understanding of specifically the impact that property ownership has, not only on the Institution’s economic impact, but also on the Institution itself,” Morris said. “This study, I think, will provide some really interesting and informative and important insights.”

Besides the in-person surveys on the grounds, Parker Philips has sent surveys to property owners and provided links to online surveys. Parker Philips will be putting together profiles on all different types of Chau tauqua patrons and collecting over 400 surveys.

“The reason that we’re doing those intercept surveys out on Bestor Plaza and throughout Chautauqua is to gather information on how people spend money when they’re there. It helps us build profiles of guests who come to Chautauqua,” said Nichole Parker, president of Parker Philips. “There are some people who show up for a day, there are other people who show up for a week, and there are some people who stay the whole season. We’re capturing different spending patterns and what they purchase here.”

By learning who is coming to the grounds, and where and how they’re spending their money, Morris hopes that the study will inform how the staff approaches philanthropy.

“My aspiration is that it helps the Institution to make a case for support, not only for grants and foundation applications, but also in conversations with individual donors, who are making a consideration or making a decision about whether Chautauqua Institution should be a priority for them,” Morris said. “Understanding the Institution’s impact beyond one’s personal experience can be a compelling motivator to either begin, continue or enhance someone’s philanthropic priority.”

It’s not just the Institution and its property owners that stand to benefit from Parker Philips’ findings; Morris thinks that the results of the study can make a broader impact in the region itself.

“I’m excited to be able to tell the story with current data to our regional citizens so that they can understand when an organization like Chautauqua brings thousands of people to a region … it creates certain stresses on that region, potentially,” Morris said. “(It’s important for us to be) able to say, ‘Here’s the impact on businesses in the region. Here’s the impact on property values in the region. Here’s the impact that might suggest we need to make more investments in infrastructure and roads, and other types of things that the region needs to be able to be a thriving community.’ ”

Parker said that so far, the firm has seen high participation rates. Results of the survey will be released to the CPOA in August and the general public in September or October.

CSO, led by Stuart Chafetz, to perform Williams’ score to live film of ‘The Empire Strikes Back’