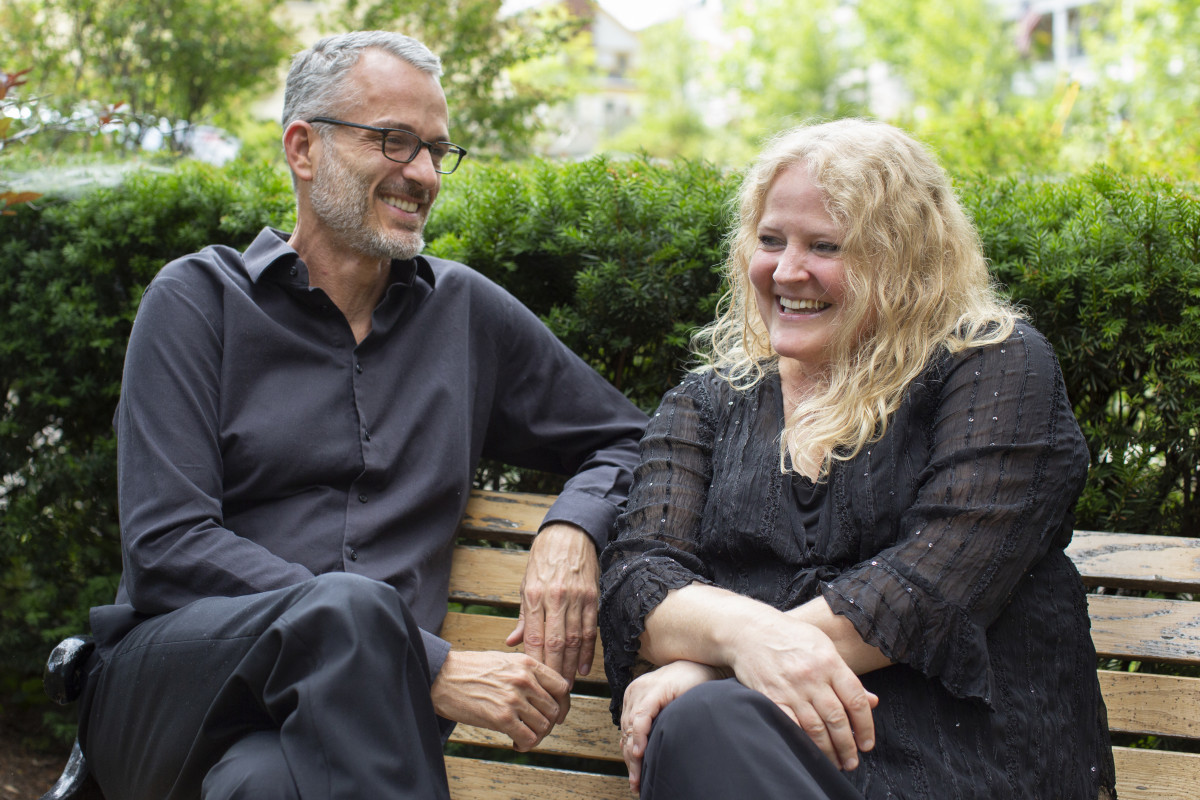 Every three years an alumni of the School of Music’s Piano Program — the winner of the Sigma Alpha Iota Competition for Piano at Chautauqua — performs in the Amphitheater with the Music School Festival Orchestra.

This season, during the MSFO’s July 5 concert dedicated to the late Jared Jacobsen, the 2019 SAI Piano Competition winner, Chengcheng Yao, performed memorably. Because of the COVID-19 pandemic, this concert had been delayed two years.

“The SAI competition rotates every year between voice, piano and orchestra,” said John Milbauer, who has co-chaired the Chautauqua Piano Program with Nicola “Nikki” Melville for a decade. “Chengcheng Yao’s performance was stunning.”

At 9:15 a.m. on Thursday, July 14, at the Chautauqua Women’s Club, Milbauer and Melville will discuss “Piano Program Highlights,” and a Piano Program student, Shanghai native Ailun Zheng, will perform.

For six weeks, she and her colleagues are immersing themselves in one of the premiere summer piano programs in the American region, if not the world.

Chautauqua was “one of the few in the country that managed to keep their program afloat” in 2020, according to Milbauer. Although the Piano Program was completely remote because of COVID-19, he said it was a nice surprise that the recitals produced over the internet were quite moving. Last season, the program was shortened to four weeks and there was only one public event.

“The public is such a big part of the experience that we’re really happy to have that back,” Milbauer said.

As it happens, for four seasons from 1989 to 1992, Milbauer and Melville were students in the Chautauqua Piano Program.

“It was life changing for both of us,” Milbauer said. “Nikki was on her way to Hungary, but she scratched her plans … and auditioned for Eastman School of Music. I was in college (at Harvard), and my piano teacher was at the New England Conservatory of Music … where I took private lessons.”

Not only did both Milbauer and Melville become extraordinary pianists, in part, because of their experiences at Chautauqua Institution, but they each chose to return to serve together as teachers and coaches. Attuned to real-world challenges and to the needs of their students, they very carefully select all guest piano faculty and provide the kind of practical career-related advice that many conservatories overlook.

Growing up in Wisconsin, Milbauer said he had an excellent piano teacher.

“I was primed for piano more than anything else,” he said.

Because music was not one of Harvard’s many strengths, he decided to forgo studying music there and instead attend the Eastman School of Music at the University of Rochester in New York. At Eastman, he earned his bachelor’s in music, and he was awarded its highest performance honor — the Eastman Performer’s Certificate.

At The Juilliard School, where Milbauer earned his Master of Music in piano performance, he was nominated for the Gina Bachauer Prize for Outstanding Pianist. And at the Banff Centre in the Canadian Rockies, he won the Wolodarsky Prize.

The Manhattan School of Music awarded Milbauer his Doctor of Musical Arts in piano performance. A Fulbright grant took him to Budapest, Hungary, where he earned a diploma at the Liszt Ferenc Academy of Music, which was founded in 1875 by Franz Liszt — piano virtuoso, composer, conductor, teacher and author.

After teaching for eight years in the California State University system, in 2007 Milbauer gave up his tenure to join the music faculty at the University of Arizona, in part because the Fred Fox School of Music has a doctoral program.

After attending his 25th reunion at Harvard, thinking about growth opportunities and checking out Harvard’s Kennedy School of Government, Milbauer said he decided to apply. When he was awarded a John F. Kennedy Memorial Fellowship, he took a leave of absence from the University of Arizona during the 2019-2020 academic year and earned his master’s in public administration.

“It was the best year of my life,” Milbauer said. “We know now that if you find something you’re excellent at when you’re young, your brain can (build) neuro-pathways. I was not a great government or economics student. Many times I thought, ‘What if I hadn’t left Harvard?’ Data crunching was easier (at 49) than when I was 19. (Piano) enabled me to gain expertise, and with it, policy and economics were made much easier.”

Back at the University of Arizona, a public institution, Milbauer was appointed Associate Dean for Faculty Affairs in the College of Fine Arts in August 2021.

Named a Steinway Artist in 2011, Milbauer is a versatile performer who has performed highly acclaimed concerts and masterclasses throughout the United States and in many countries around the world, including in Central and South America, Europe and Asia.

Her audition at Eastman School of Music was so successful that she was accepted for graduate studies. With flying colors, she completed the requirements for both her Master of Music and Doctor of Musical Arts.

In fact, Melville won the prize for Outstanding Graduate Pianist. Just as Milbauer did, she achieved Eastman’s highest performance honor, the Performer’s Certificate.

At Carleton College in Northfield, Minnesota, where she is a professor of music, she serves as the head of both the piano program and the chamber music program.

Combining music and other arts in live performances is one of Melville’s continuing priorities. She is recognized for her collaborative interdisciplinary projects within the United States, New Zealand, Chile, Germany, Sweden and Finland. These include working with filmmakers and other visual artists, dancers, instrumentalists and composers.

Innova Recordings has released Melville’s most recent album, which consists of 13 new commissions by award-winning composers. For Equilibrium Records, she has recorded all of William Albright’s piano rags.

Milbauer said that on Thursday morning he and Melville will talk about what the Chautauqua Piano Program has done (including data points), who’s here this season, what one looks for in a piano program, the role of music in society and how the arts can be kept from being “codified and ossified.”