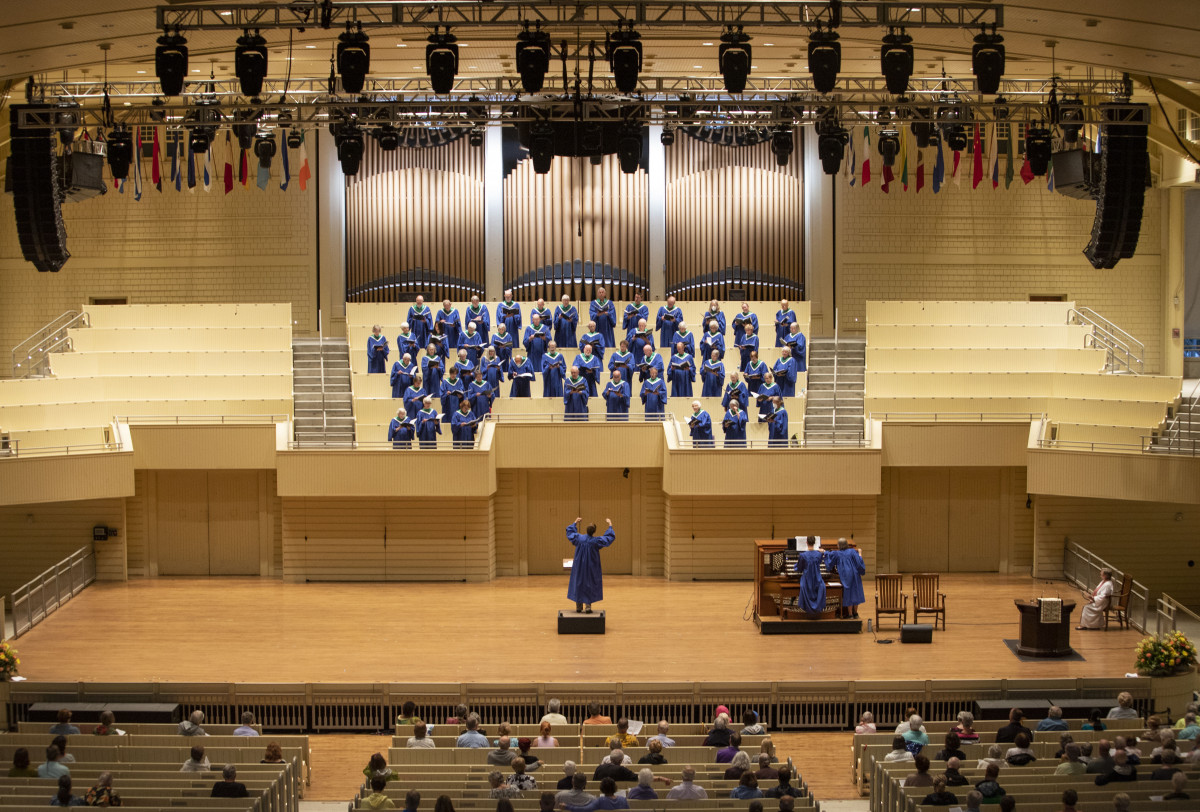 With the heat wave confining Chautauquans inside with hope of gaining shade and seclusion, some may long for the colder days of winter with the fireplace roaring and hot chocolate on the stove.

For those who may not be inclined to enjoy the summer heat, Josh Stafford, director of sacred music and Jared Jacobsen Chair for the Organist, has some comforting — and cool — holiday classics planned for the Sacred Song Service at 8 p.m. Sunday, July 24, in the Amphitheater.

“I thought, with so many events not having had anything resembling a normal Christmas over the last few years, it would be nice, as we’re all together again here at Chautauqua, to resurrect this tradition of Christmas in July,” Stafford said.

The service’s theme is “A Stable Lamp is Lighted,” drawing from what Stafford calls “one of the most beautiful Christmas texts.”

Performing David Hurd’s hymn of the same name is something Stafford does on  both Christmas and Palm Sunday because it speaks to Christ’s birth, crucifixion and resurrection. He said the service will be comfortable and familiar, while simultaneously less familiar by including lesser known hymns to broaden the program’s perspective.

“It’s good to just put people in a place where they can sort of lean into it and sing old familiar hymns,” Stafford said. “I’m sure when we get to ‘Silent Night’ (there will be) lots of smiles on faces in the Amp.”

Some other pieces included in the service are “Hark! The Herald Angels Sing,” by Felix Mendelssohn, and “O Come, All Ye Faithful,” by John Francis Wade.

Stafford started to adapt the service this year to a 45-minute performance rather than something longer and perhaps harder to follow.

“Sacred Song is now sort of a sweet treat at the end of a Sunday, which I think is a nice way for people to start their week in Chautauqua,” Stafford said. “It’s nice to give people just something sort of comfortable and quiet and happy to experience before they go off to bed Sunday night.”