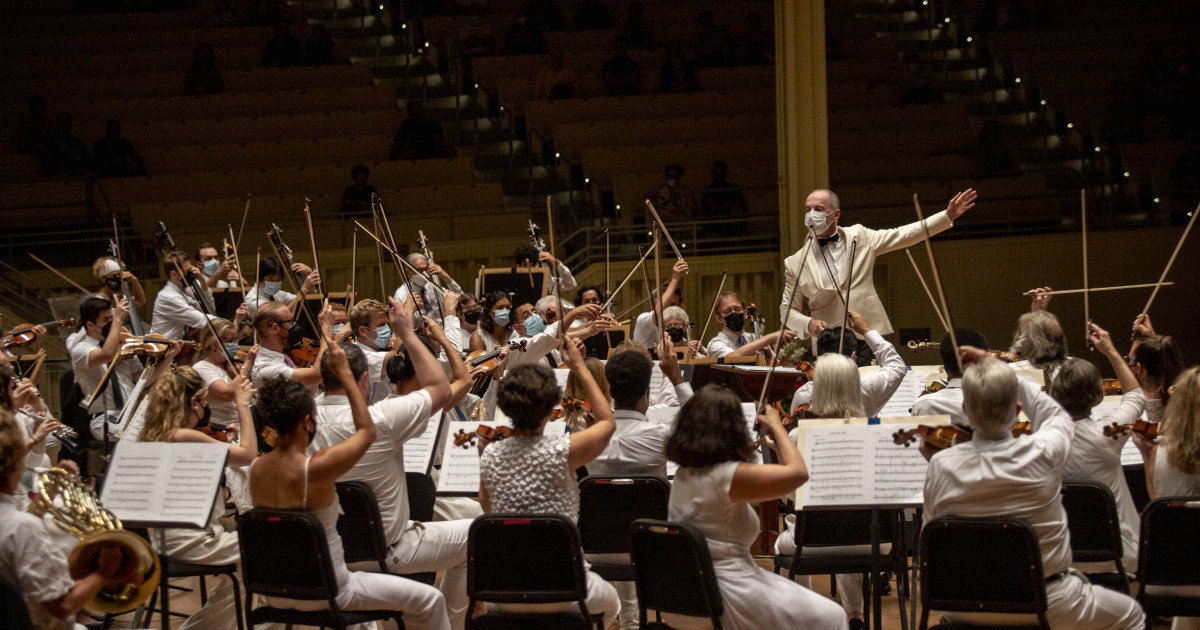 Opera singer and mezzo-soprano Susan Graham has a secret agenda behind agreeing to perform alongside the Chautauqua Symphony Orchestra.

“The reason that I’m here this week, really, is to celebrate Marlena Malas, who has been my voice teacher for 35 years,” Graham said.

Malas, director of the Chautauqua Opera Conservatory, has taught voice at the Manhattan School of Music for the past 40 years. This summer she has also taught a weekly public master class for students.

“I like to say that the reason I’m here was just an excuse to get free lessons with her, so I just agreed to do concerts and master classes along the way,” Graham said.

Even with Graham joking about the truth behind her concert alongside the CSO at 8:15 p.m. Thursday, Aug. 4 in the Amphitheater, the music she selected is quite special to her. The program starts with Mozart’s “La Clemenza di Tito” and ends with composer Richard Rodgers’ “The Sound of Music.”

“I think that every important event should begin with Mozart. That’s my personal belief,” Graham said. “Because Mozart is perfect, and it sets the bar high, and it sets the tone for the evening.”

The music selections transition from opera to Broadway classics, such as selections from Frederick Loewe’s My Fair Lady. The final operatic piece Graham will sing before beginning the Broadway portion is “Vilja,” from The Merry Widow, by Franz Lehár.

“I wanted to, of course, honor my first love, which is opera, and then the second half is Gershwin and showtunes,” Graham said.

“The Sound of Music” is the final song of the evening, although the song was a part of the beginning of Graham’s musical career. When she was in high school, she sang the part of Maria in The Sound of Music.

“I just loved it so much. It was really when the theatrical bug bit me. Because until then, I had mainly focused on being a student of piano, and when I got to be on stage as a character and sing that glorious Rodgers and Hammerstein music in The Sound of Music, it became very clear that I’d rather be onstage in front of the piano than sitting behind it,” she said.

Singing alongside an orchestra rounds out the experience for Graham, as well.

“It’s lovely to feel so supported by this massive sound coming from behind you,” she said. “It feels like you can just lean back into it like a La-Z-Boy recliner.”

While this is her first time working with the CSO and Music Director Rossen Milanov, she has no qualms.

“We speak the same language: music,” she said.

When everyone plays music together, Graham believes that it creates a sense of connection between everyone involved.

“They’re all striving at the exact same moment to make something beautiful happen,” she said.