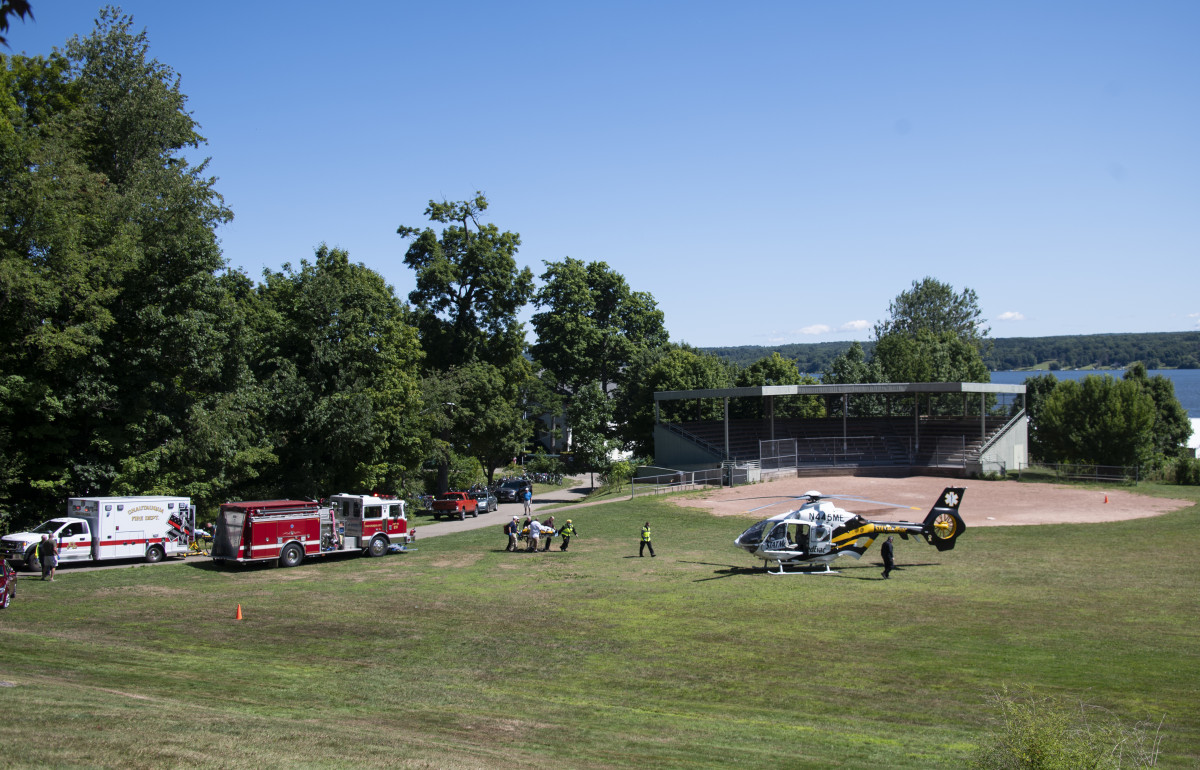 Last Friday morning, Booker Prize-winning author Salman Rushdie was flown to UPMC Hamot, in Erie, Pennsylvania, after being attacked on the Amphitheater stage, where he was set to deliver a presentation with Henry Reese, director of Pittsburgh’s City of Asylum.

A man, who has been identified as Hadi Matar, 24, of Fairview, New Jersey, ran on stage and stabbed Rushdie between 10 and 15 times, according to the Associated Press.

Rushdie, who underwent surgery at UPMC Hamot, was placed on a ventilator Friday and sustained serious injuries. The New York Times reported Sunday morning that he had been removed from the ventilator, citing his agent, Andrew Wylie.

“The road to recovery has begun,” Wylie told The New York Times in a text. “It will be long; the injuries are severe, but his condition is headed in the right direction.”

According to Wylie and The New York Times, Rushdie’s liver and the nerves in his arm were damaged, and he might lose an eye. Reese obtained a minor head injury and was released from the hospital Friday.

Following Rushdie’s attack, the Institution has implemented a “no bags” policy in the Amp and all indoor venues, including Bratton Theater, Norton Hall, Elizabeth S. Lenna Hall, Fletcher Music Hall and Hall of Christ. Small clutches, wristlets and fanny packs smaller than 4.5”x6.5.” are allowed. All other bags must be left in housing or vehicles.