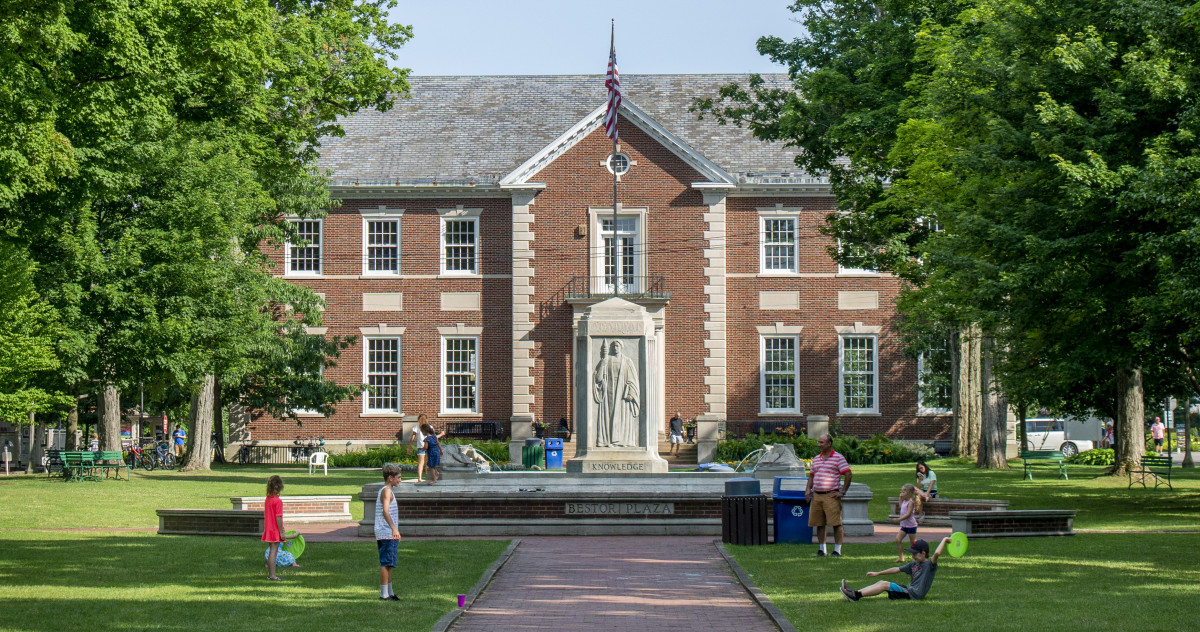 In a week of beloved Chautauqua celebrations, including Old First Night and Recognition Day for the Chautauqua Literary and Scientific Circle, comes another lesser known, but no less cherished, tradition: Library Day.

An annual celebration of the role of the library in the life of the community, this year’s Library Day marks Smith Memorial Library’s 91st birthday, and begins with a breakfast party on the front porch of the Smith. Opening the library a half hour early, library staff and friends invite all to stop by between 8:30 and 10:30 a.m. Thursday, Aug. 4 to enjoy coffee and baked goods, test their word game skills and fill out the traditional “My Favorite Book” sticker.

People are encouraged to wear their book stickers throughout the day.

For decades now, Library Day has been hosted by the Friends of Smith Memorial Library, a community group that works to raise awareness about the library and fund special projects. Past gifts have included furniture, printers, eBooks and tablets and, most recently, an accessible book return.

“While we strive to be a valuable resource to Chautauquans by getting them great books fast and providing a beautiful and helpful environment for them to work or unwind, what we hope to be most known for is making people feel welcome,” Ekstrom said. “Expanding accessibility, as the Institution is committed to doing across the grounds, is a key component of that.”

The existing book drop is at the top of the front steps. The new return will be located at street level, something that the Friends were thrilled to help make possible.

They are also delighted, after having a completely digital 2020 celebration and a smaller scale one in 2021, to bring back a more “normal” event, including refreshments and the ability to gather together with neighbors. One recent tradition that continues to be on pause is the formerly annual Kazoo Chorale, something which, according to Friends president Bijou Miller, “started out as a joke, around 2015, but quickly became popular,” even including, at various years, guest conductors such as President Michael E. Hill, and being part of a Chautauqua Opera Company Opera Invasion.

Over the years, Library Day has evolved through many different incarnations — initially including a formal program of speeches, sometimes featuring live classical music or a folk sing-a-long with a local band. There was even a “Library Rocks” themed year that included a dance floor behind velvet ropes.

“This year, when so many of us are just thankful to be together again, we wanted to have a quieter morning that gave people an opportunity to reconnect and enjoy one another’s company in a beloved community space,” Ekstrom said. “Plus, there will be mini muffins.”

Also, Ekstrom hinted, “the kazoos have not been forgotten. Just waiting for a more epic comeback,” in a future year.

Donations to Friends of Smith Memorial Library will be accepted at the event and new life members will receive a book of their choice as a thank-you gift.