The year was 1885 and the United States temperance movement — a sociopolitical push to limit the use of alcohol across the country — was alive and well. Religious activists, citing moral stain as a side effect of drunkenness, demanded the attention of politicians and layfolks all over the country in a prolonged and coordinated effort which began in the early 1800s and continued through the beginning of the Great Depression.

While much has been said about the pioneering presence of women in shaping the temperance movement, especially at Chautauqua, African Americans also played a strong role in guiding conversations surrounding alcohol use and abuse, ushering these pertinent discussions to Chautauqua Institution. Historically, temperance was often associated with other progressive movements, including suffrage and abolition. Therefore, the majority of Black abolitionists were also supportive of temperance including Sojourner Truth, Frederick Douglass and Booker T. Washington.

The birth of the temperance movement coincided with that of Chautauqua itself. Many of the women who led the charge for the prohibition of alcohol were involved in the Chautauqua Movement. These women would eventually form a powerhouse movement known as the Women’s Christian Temperance Movement, a religiously motivated political organization, of people who felt that moral stain was a natural consequence of drunkenness. From 1874, the year it was founded, Chautauqua Institution prohibited the use and sale of alcohol. The Institution only began offering alcoholic beverages in the 1990s, making clear the impact that the members of the WCTU had on the grounds.

Over the course of many years, Chautauqua, which has long functioned as a sounding board for contemporary issues and moral questions, attracted many guests who were set on addressing the question of temperance, including several prominent African American thought leaders.

Three featured speakers took the stage for National Temperance Society Day on Aug. 20, 1885, to discuss the importance of temperance, according to The Chautauqua Assembly Herald (now The Chautauquan Daily). One of them was the Rev. Joseph C. Price, an educator, orator and founder of the Zion Wesley Institute of North Carolina, a historically Black college (now Livingstone College). Standing 6 feet tall with a commanding frame, Price lectured on “The Need of Temperance to the Negro.”

Price was an accomplished and well-known orator, having delivered the commencement address at the famous Tuskegee Institute on multiple occasions; his Chautauqua lecture continued this legacy. He spoke about the condition of African Americans with eloquence while enumerating the logic behind temperance, ultimately making a noted impact on audience members. The newspaper heralded his lecture as a success, stating: “Professor Price … made a wonderful impression of this audience, he held them from the beginning to the end.”

Other African Americans also came to Chautauqua with firm stances on the issue, advocating for a national prohibition on alcohol sales. On Aug. 10, 1899, Ariel S. Bowen, a writer, musical educator, prominent WCTU member and president of the second Georgia WCTU, appeared as a guest lecturer with the WCTU conference giving a speech on the “Work of the WCTU. No. 2 of Georgia.”

The words and work of Black temperance activists at Chautauqua contributed to a national conversation surrounding prohibition that proved itself to be efficacious on the legislative front. In 1919, with the passage of the 18th Amendment to the Constitution, alcohol was effectively prohibited from legal sale and consumption in the United States. This remained the case for a total of 13 years until 1933, when the 21st Amendment was passed, repealing the probationary laws and legalizing alcohol sales once again. 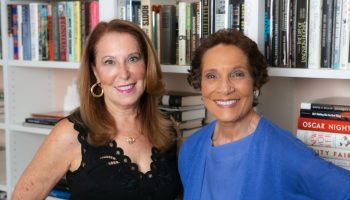