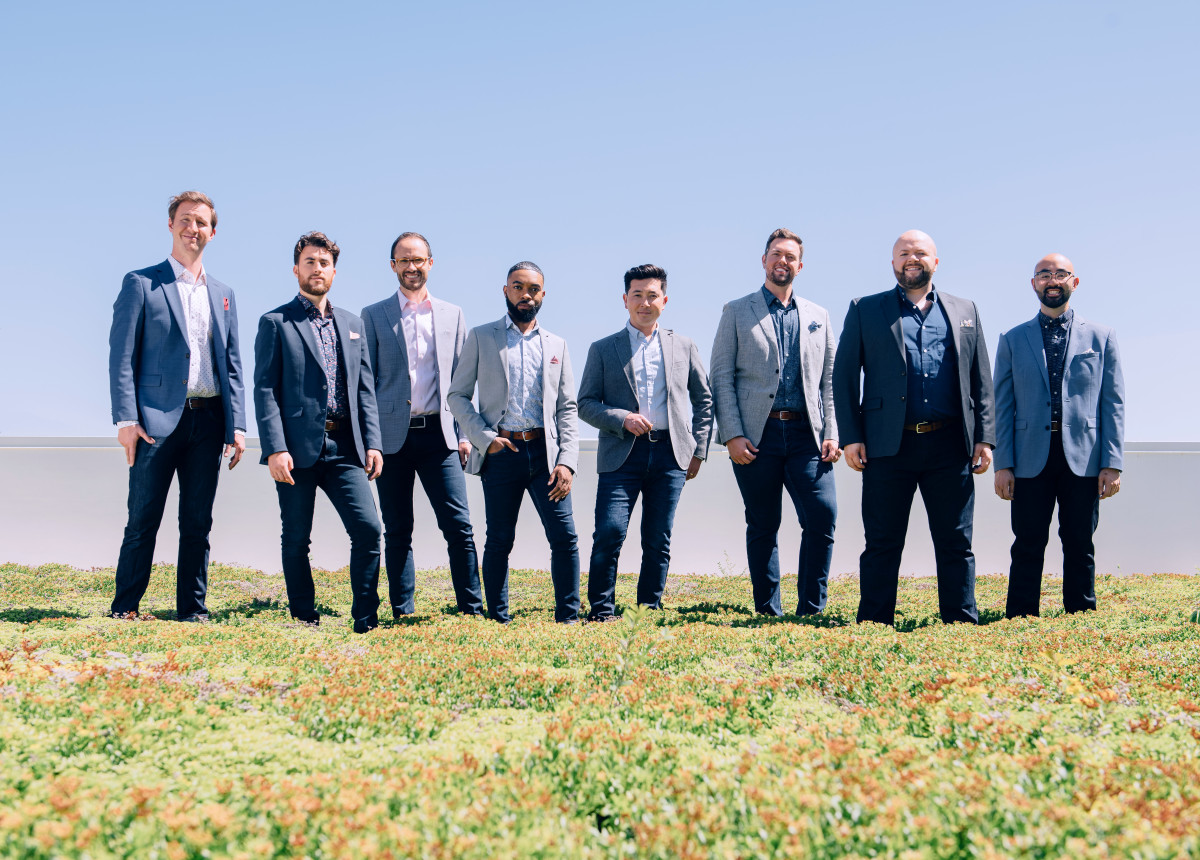 “I got to college and was definitely doing a lot of singing: singing in choir, taking lessons,” he said. “But I didn’t want to do opera or anything like that, and Luther was focused on opera for voice folks, so I majored in English and I had a math minor and also a music minor.”

After graduating, Scholtz moved to New York City to pursue singing and joined the vocal ensemble Cantus in 2015. That vocal ensemble held a special place in his heart because, growing up, he had a neighbor who was a member of the group. Cantus has brought people together to make music for 28 years now, and at 4 p.m. Monday, Aug. 15 in Elizabeth S. Lenna Hall they are bringing their voices to Chautauqua as part of the Chautauqua Chamber Music Guest Artist Series.

One of Cantus’ major passions is commissioning music. They will showcase some of their commissioned music in today’s concert, such as Australian American composer Melissa Dunphy’s “N-400 Erasure Songs,” which is a favorite of Scholtz’s.

The lyrics used for the song come from the N-400 documents that U.S. immigrants must fill out to apply to become naturalized citizens. Dunphy, who emigrated from Australia to the United States, often found herself frustrated and perplexed by these documents. Using erasure poetry, she drew the lyrics from the forms to create the song cycle, which will close out Cantus’ concert this afternoon.

“A lot of the things that Melissa talked about is (that) it really can be incredibly intimidating,” Scholtz said. “The process feels arbitrary. It feels like life or death for the people who are trying to become naturalized.”

The entire concert, titled “My Journey Yours,” after the song by Elise Witt of the same name, centers around the theme of finding home, especially in an unfamiliar place.

The program aligns with  Cantus’ goals, one of which is relevance.

“Our vision is to give voice to human experience,” Scholtz said. “I think one of the things that sets Cantus apart is our programming. We tend to — instead of programming a Beethoven set and hitting composers or doing things by time period or style — really try to think of the story that the program has. And that comes first.”

The group can do this because each of the members holds equal weight as co-artistic directors.

“Each of us has our fingerprints all over the programming, all over the rehearsal process, and so there’s a huge amount of buy-in. We really, really care about what we’re doing. Each of us does,” Scholtz said.

That aspect of Cantus attracted Scholtz to the group. When the singers have control over what they sing, they are more passionate about the music and the ensemble, and that only makes them stronger.

“It’s really a privilege to get to be challenged in this way by your colleagues every day and have a task that is enormous,” he said. “Obviously, there’s many different ways to do it well. There’s no one way to make art, but you do have to invest yourself fully to create something that everyone can be proud of.”

The piece Scholtz brought to the table for this program is “Afka Hooyo,” which draws on the Somali alphabet. Scholtz is from the Twin Cities region, which has a large Somali population, and he wanted to draw music that was representative of the people around him.

“This piece is about the celebration of Somali alphabets,” he said. “For a while, there were as many as four different alphabets in Somalia. And at some point in their history, they came together around a single alphabet, and this song is a celebration of language and community.”