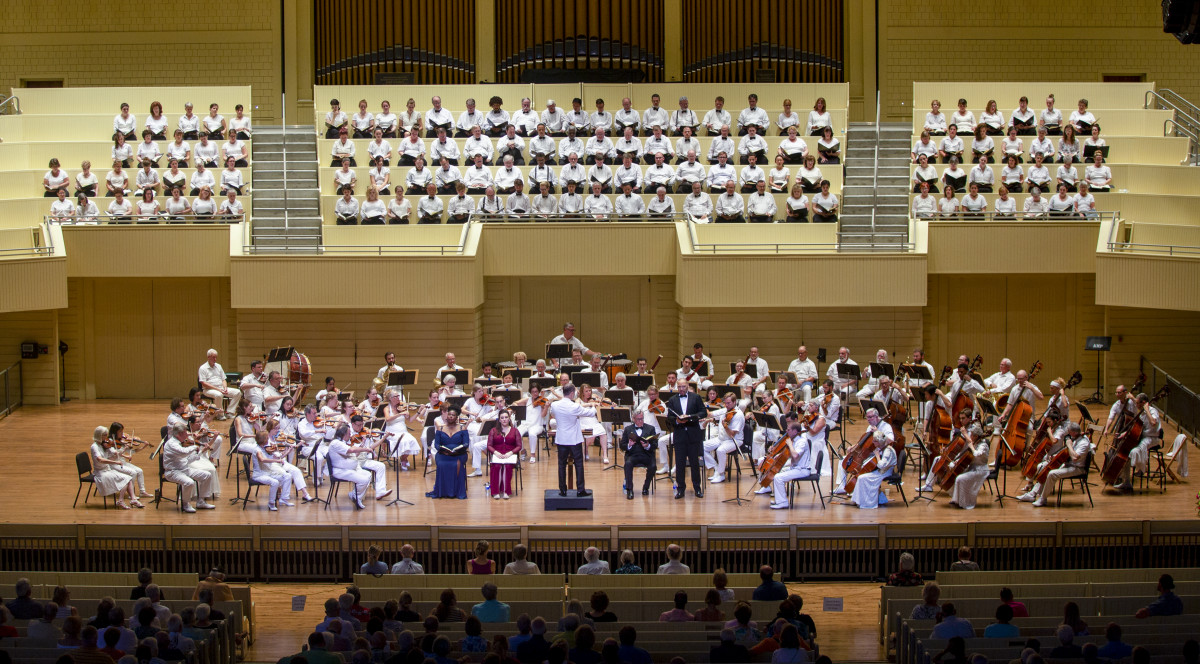 The oratorio Sanctuary Road, like any operatic works, has a composer — Paul Moravec — and a librettist — Mark Campbell. It’s a traditional authorship, to be sure, but Moravec likes to say that the two had a third collaborator: William Still.

Still was a businessman, abolitionist and a conductor on the Underground Railroad, who helped nearly 800 enslaved Black people to freedom before the Civil War. He was also a meticulous notekeeper, and in 1872 published The Underground Railroad Records, whose contents are taking on new life with Moravec and Campbell’s work, which will be performed in the Chautauqua Symphony Orchestra concert “Paths to Freedom: Sanctuary Road” at 8:15 p.m. Thursday, Aug. 18 in the Amphitheater, conducted by CSO Music Director Rossen Milanov, joined by the Buffalo Philharmonic Chorus.

“What makes Sanctuary Road so relevant is that its story is directly inspired by the writings of William Still,” said Laura Savia, Chautauqua’s vice president of performing and visual arts. “He was just a pillar of the Underground Railroad, and kept the most meticulous records of everyone who came through the eastern line who had any connection to him. It’s because of his writings we know as much about parts of the Underground Railroad as we do — but he’s not a household name.”

This evening’s concert features Moravec and Campbell’s oratorio work, though Sanctuary Road is also now an opera that premiered last March with the North Carolina Opera. The oratorio, commissioned by the Oratorio Society of New York and premiered in 2018 at Carnegie Hall, is an example of how Campbell and Moravec are exploring and reinventing the oratorio for the modern era, Savia said.

The work’s creators have dubbed it an “operatorio.” Even the New York Classical Review, upon its 2018 premiere, described the work as an oratorio “in the full quasi-operatic sense, rich in character, action, and vocal display.”

Moravec, who won a Pulitzer in 2004 for his Shakespearean reimagining Tempest Fantasy, has been the recipient of numerous fellowships, including from the Guggenheim and National Endowment for the Arts, and three awards from the American Academy of Arts and Letters. He first started work on Sanctuary Road in 2016; it is the second in a three-part series of sweeping oratorios exploring American history.

“It is remarkable just the sheer amount of documentation that Moravec and Campbell have to work with,” Savia said. “Of course they would consider Still their third collaborator.”

A three-piece oratorio series. Three collaborators on Sanctuary Road. And within the work itself, the rule of threes comes yet again, as Still is not just the central figure: He acts the narrator, a commentator and an active participant in the story.

“He’s editorializing, he’s jumping in and acting out scenes from his own life,” Savia said. “I love the toggling between narration and action. For (Moravec and Campbell), who are aware that they’re two white men telling this story, it’s so important to them that they place William Still, a real-life hero, at the center.”

With Sanctuary Road being performed tonight, in the same way that the Institution programmed a community conversation the day prior to the production of Bill Barclay’s The Chevalier — another work dedicated to an influential Black man nearly lost to history — earlier in the summer, so too was there a conversation held on Sanctuary Road on Wednesday evening, led by Michael I. Rudell Director of Literary Arts Sony Ton-Aime.

“Not only is this an oratorio work and orchestral work that is inspired by literary writings, but with Sony’s vast knowledge of contemporary American writings and writings of the African diaspora, we can really amplify the stories, themes, resonances that are in Sanctuary Road,” Savia said. “This means we get to go deeper for a piece like this, because Chautauqua Institution is committed to growing into more of a year-round incubator for writers and creators. This conversation is an opportunity to understand those processes.”

Between the work itself, the Wednesday conversation, and the talk-back scheduled immediately after tonight’s concert, Savia wanted to create as deep a dive as possible into Still and his story — and all of the dramatic, operatic moments it includes.