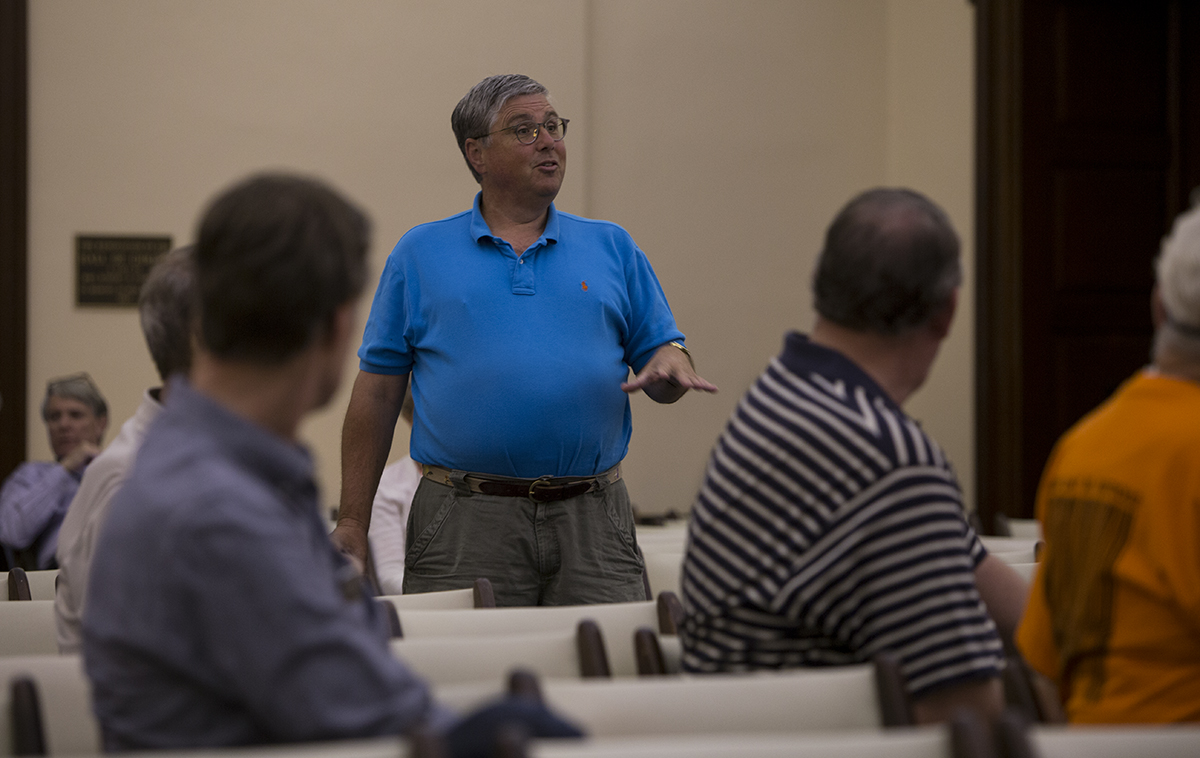 Chautauqua Institution Board of Trustees Chairman James A. Pardo Jr. fielded only a handful of questions at the first Trustee Open Forum of the summer.

In previous years, the board has held open forums on Saturdays. This year, to give people a time during the week, the meetings have been changed. The first occurred at 9 a.m. Monday. The second will be at 9 a.m. on Aug. 8.

“I think the mood on the grounds is substantially less confrontational this summer than it was last,” Pardo said after the forum. “I think a lot of the issues that people might have, or questions have already been asked and answered in other forums.”

Pardo said the contracts are still in negotiation, but three in-person meetings are scheduled for the negotiation teams and a federal mediator, the first occurring Thursday. The teams might not need the other two meetings, Pardo said, but they are scheduled if needed. If a vote on the contract is needed in the offseason, a vote can be done electronically.

“The process of labor negotiations is not a pretty process, even though these people are your friends and you love the symphony and you love their product and you think of them as part of the community. At the end of the day, this is a union,” Pardo said. “Realize that once every few years, things sort of degenerate. It’s regrettable. It happens. It’s not our first choice. But that’s the process we’re looking at.”

Pardo said although the process might get a little ugly, it shouldn’t wreck anyone’s summer.

Chautauquan Jack Sobel asked about the Institution’s marketing plan; Pardo said the marketing team is constantly evaluating its strategy and reaching out to attract new people to Chautauqua. Renovations and specials at the Athenaeum Hotel are ways to bring in new guests.

The forum ended at 9:25 a.m., at which point Pardo said people could leave if they wanted, or stick around and mingle with board members.

The final question of the meeting was asked by Chautauquan Mary Khosh: Will there be bike racks at the park by Miller Bell Tower?

Pardo’s answer: Yes, there will be.