Invention is a mechanism by which society develops. From “brick” mobile telephones to sleek smartphone touch screens, from horse-drawn carriages to autonomous cars, inventions have influenced the way we live our lives and molded the society we live in.

For Brad Allenby, Lincoln Professor of Engineering and Ethics and professor of civil, environmental and sustainable engineering and of law at Arizona State University, there are two different levels that must be considered when thinking about innovation. He will discuss these levels at 4 p.m. Monday in the Hall of Philosophy in his lecture titled “Innovation in the Anthropocene.” Allenby’s is the first lecture in the 2017 Lincoln Applied Ethics Series.

Allenby classifies the first level as specific technologies, such as computers and mobile phones, and the second as “constellations of innovation that create entirely new capabilities that change Earth systems.” Examples of this second level of innovation include autonomous vehicles and factory-produced meat. He plans to discuss not just “the innovation process itself but also the way that sustainable, economic, technological and social systems are all interconnected at (a) planetary scale, and the challenges this presents to existing psychological, institutional and cultural frameworks.”

In his recent work, Allenby has focused on the idea of weaponized narrative, which is “the use of information and communication technologies to fundamentally affect cognitive processes of voters and thus of governance systems.” This includes looking at Brexit, the American election and the upcoming German election.

“It’s a combination of many different technologies that are providing new capabilities that have significant social, political, cultural and economic impacts,” Allenby said. “It’s not just the technology, it’s not just the innovation; it’s the innovation and the way it affects Earth systems. And that second part is the part that we usually don’t think about.”

Of his current work, he said the first thing he has to think about is “What is the technology doing?”

“For example, there’s a lot of experts who say we’re probably only a couple years away from being able to produce videos that will show anybody you want, saying anything you want … and (it) will be impossible for anybody but a forensic expert to know it was falsified,” Allenby said.

He said there are many issues involved with this technology itself, but that the capability of this technology could also have broader repercussions. For example, the technology described above could be used to create specialized videos designed to change voting, political or cultural behavior.

“It becomes a weapon, and a very powerful weapon, and a new weapon in the way that states relate to each other,” Allenby said. “So that becomes part of the issue, but it’s an issue that you don’t get to until you learn to think of innovation at a higher, more complex level.”

According to Allenby, the data firm Cambridge Analytica claims that by studying the American election, they were able to identify fringe voters by their individual characteristics derived from big data and analytics.

“You can’t turn a Democrat into a Republican overnight; that kind of stuff just doesn’t happen — but what you can do is go in and identify marginal voters, and you can suppress the vote,” Allenby said. “So the sophistication of these operations on an individual level is getting to be quite interesting, and I think it’s going to be quite challenging for democracies.”

This kind of invention, Allenby suggests, is merely an example of the “innovative tsunami” that he says has been unleashed in the last 10 or 15 years. This wave of innovation is drastically changing the physical world as it develops, challenges and at times potentially threatens societies and their foundations.

Thinking about it and looking at it is what Allenby plans to do in his lecture and in the Special Studies course he will be teaching on Tuesday, Wednesday and Thursday. Allenby has been coming to Chautauqua for more than 10 years and says he enjoys how interested, receptive and critical the audiences are. He encourages people to come to the lecture ready with questions, and plans to leave a large portion open for discussion.

“I find that people’s questions are often as interesting as the things I might want to cover,” Allenby said. 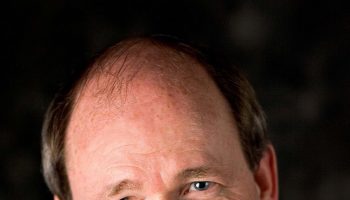 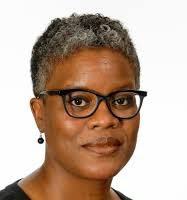 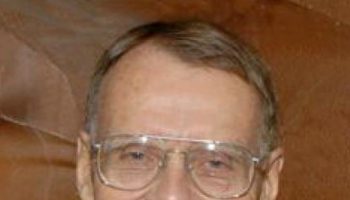