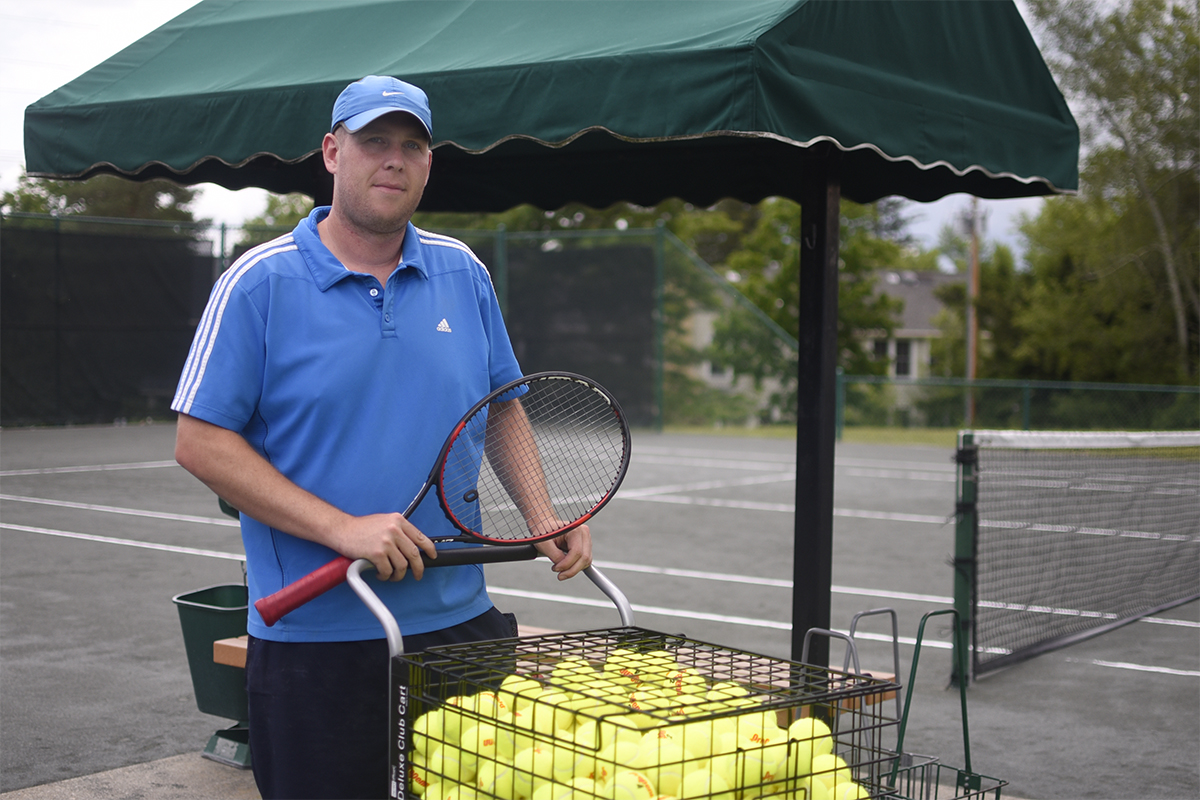 New Chautauqua Tennis Center director James Getty still fondly remembers the call that led him to Chautauqua Institution in 2010. Fresh out of college, Getty didn’t know what he wanted to do with his life. Then his old college coach reached out about an instructor position with the Lakewood YMCA.

But the position came with an added benefit, he said: “The Lakewood Y and Chautauqua had an agreement, so getting hired there also meant getting hired here.”

Six years later, Getty gets to call the shots.

Despite a deep passion for sports, Getty’s love of tennis began relatively late in his adolescence, when a simple invite from his friend to play a casual match in his sophomore year led to a new love.

Getty was named team captain at Harbor Creek High School, but didn’t know if he wanted to continue with the sport at the collegiate level. The summer after high school graduation, a teacher asked Getty to help with the county tennis event, leading him to realize it may be a sport worth pursuing.

Getty stuck close to home, staying in his native Erie, Pennsylvania, to attend Penn State Erie, The Behrend College. There he played under Behrend coach and new Chautauqua head tennis pro Jeffrey Bargar. Despite a late start and less than four years of experience, Getty climbed up the ranks and excelled at Behrend. He was named team captain and received the Allegheny Mountain Collegiate Conference All Conference award.

Now, Getty takes over from longtime Tennis Director Paul Young, in what he describes as an effort to reshuffle the chain of command and foster new points of view. Getty’s vision focuses on maintaining tradition while balancing a more member-centric and inclusive tennis club.

“We want to listen to more feedback,” Getty said. “Maybe add a clinic where people can just run around, play games and have fun.”

But Getty’s main goal will take some work.

“I want to bring back a doubles or individual-style tournament,” Getty said. “I don’t think we can do it this year, but we used to have them way before I was here.”

With lofty goals in mind, the focus for Getty remains the teaching aspect, his favorite part of showing others the game he loves.

“It’s the most fun thing I do,” Getty said. “People are choosing time out of their vacation to come up here and learn. They show a lot of enthusiasm for the sport.”

The main reason Getty took the job lies in getting paid to have fun.

“It’s a fun job,” Getty said. “The freedom’s the best part. It’s nice to be the boss allowing me to generate the conversations and work through it my own way.”

Sitting on his comfortable brown chair, in the pavilion overlooking the various clay courts he’s now in charge of, Getty pauses, then smiles.

As for his favorite thing about Chautauqua, it comes down to the people.

“It’s a really fun environment,” he said. “I get to meet people from all over.”