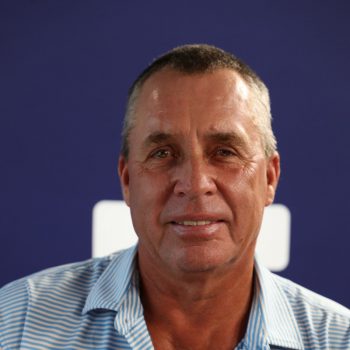 by Sarah Vest on July 30, 2021
share
SARAH VEST - STAFF WRITER Chris Leva, on the Red Team, competes during the annual Team Tennis Tournament last Saturday at the Chatuauqua Tennis Center. KRISTEN TRIPLETT/STAFF PHOTOGRAPHER This week, Chautauquans will get the chance

Judy Kullberg, a member of the Women's Golf Association, tees off on the first hole at the Chautauqua Golf Club

Chautauqua tennis enthusiasts will be bouncing off the wall for this week’s opportunity. At 9 a.m. and 1 p.m. Friday, July 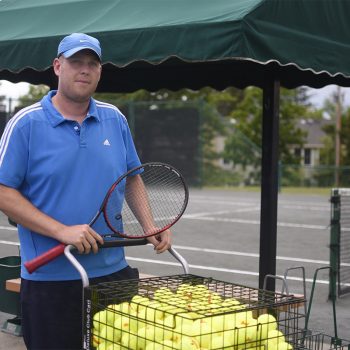 by Josh Svetz on June 23, 2017
share
New Chautauqua Tennis Center director James Getty still fondly remembers the call that led him to Chautauqua Institution in 2010. Fresh out of college, Getty didn’t know what he wanted to do with his life.

Annual Team Tennis event to bring together players of all ages

Each summer, anywhere from 32 to 64 players ready their rackets, suit up in their team colors and hit the courts at the Chautauqua Tennis Center for its annual Team Tennis Tournament. This competition, the Tennis Center’s largest event of the season, will take place from 8 a.m. to 12:30 p.m. Saturday. Team Tennis features four teams of 16 players — or eight, depending on participation — competing in a combination of men’s, women’s and mixed doubles, a formula that Lee Robinson, Tennis Center program director, said makes for a successful event year after year.