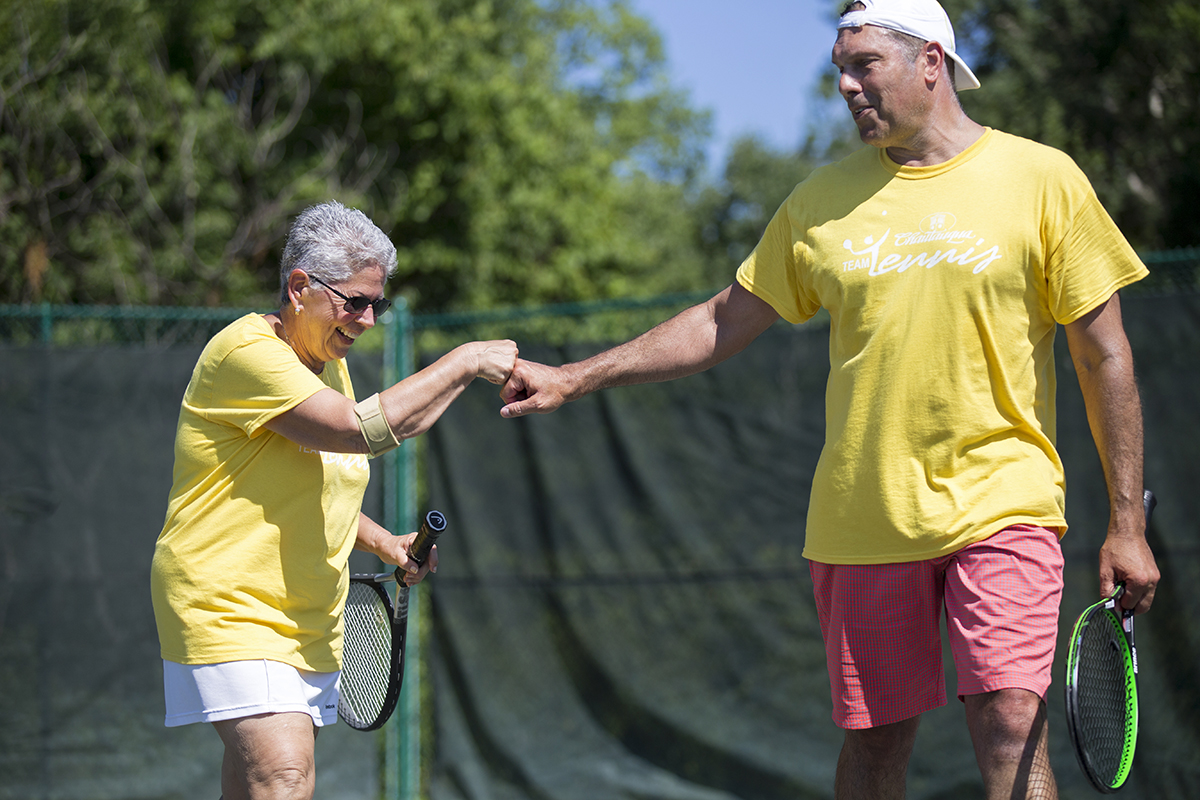 The annual team tennis event will draw players of varying skill together this weekend.

“It’s competitive as hell,” Robinson said. “But in good nature. It’s not like people get crushed, or get upset if they lose. It’s just fun.”

The three-hour event, starting at noon on Saturday at the tennis center, will divide players into four teams according to their abilities, making sure none of the teams are too stacked. Players will have rotating partners, playing each team in a round-robin format. Teams will play six-game sets out of three matches total. The team with the most individual points at the end wins the tournament.

The event costs $25 for members and $35 for nonmembers. Each participant receives free-play, a T-shirt, tennis balls and refreshments.

Robinson said the key to placing well in the event is not getting discouraged if you’re losing, and scoring as much as possible if you’re winning.

“It’s not about beating the team, it’s how much you beat them by,” Robinson said. ”Each score counts. Even if you lose a match, you can still score points to help your team.”

Getty has played in the event before. Even though he’s now the tennis director, he’ll be leaning on Robinson to make sure the event is as good as possible.

“I’ll do whatever Lee needs me to do,” Getty said. “Lee’s done this a long time. I trust him.”

While the score matters, for Robinson, the driving force of the event is community.

“It’s a real mix of people,” Robinson said. “The four people on the court can be really different. It’s a good way to get to know the tennis community.”

Getty said the event is just a good way for tennis players to get to know one another by playing with different people and socializing in-between and after the event. Getty hopes some of the players will even exchange numbers and play each other later.

“It’s a tradition,” Getty said. “It’s the highlight of our season and something we want to continue.”