This week, Chautauquans will get the chance to serve it up with one of tennis’ living legends.

On Tuesday and Wednesday at the Chautauqua Tennis Center, Ivan Lendl will be running a Tennis Clinic for players of all skill levels. The participants will receive one-on-one as well as group coaching from the tennis legend. They will also be able to participate in competitive matches in order to improve their game strategy.

In his storied career, Lendl won three U.S. Opens, three French Opens and two Australian Opens, was ranked No. 1 in the world for 270 weeks and won a total of 94 individual titles. He has also established himself as one of the best coaches in the world, guiding Andy Murray to two Wimbledon titles and the world No. 1 ranking.

“I think it’s just going to  be a lot of fun for the people to see someone who played at that high level and just kind of be on the same tennis court with him,” said James Getty, director of the Chautauqua Tennis Center.

Tennis has a long history at Chautauqua Institution. It was originally introduced by the co-founder Bishop John Heyl Vincent in 1878, when a lawn court was set up along the lakefront. Now, the Institution boasts a state-of-the-art facility located near the Turner Community Center that features fast-dry courts that use the patented HydroGrid system.

According to Lendl, “you cannot change somebody’s game” on such a compressed timeline as the clinic. But, he can make sure they have fun, and give them tips that they can take home with them to improve over a longer time period.

“Routinely, people try to play a bigger game than what they can handle,” Lendl said. “They try to hit the ball hard and so on. It’s the players (who) play smarter, who end up doing better.”

According to Lendl, he coaches amateur and professional players differently because the professionals have statistics to use as a launching off point.

With amateurs, it depends more on his eye for detail. However his “work smarter, not harder” principle applies to players of all ages and skill levels.

Chautauquans can register for the clinic at tickets.chq.org. In order to prepare for the clinic, Lendl suggests that the participants spend some time on the court so that they are at their best game. It is going to be two days of intense tennis playing and practice, and Lendl said people should prepare.

He hopes that the participants come with an “eagerness to learn” and “to try new things” in order to make the clinic as successful as possible.

“It’s nice to be able to pass (on) the experience I have,” Lendl said. “(I want to) try to guide the player through the choices they have to make during their careers and help them make better choices, without having to learn the hard way.”

Geof Follansbee, senior vice president and chief advancement officer, said that when the Institution put together its 150 Forward strategic plan, it recognized the need to further develop the recreational opportunities available on the grounds. He sees the clinic as a first step to expanding the Tennis center’s reach, and a way to expose a new demographic to Chautauqua.

“If they come for this because they want this tennis experience,” Follansbee said, “they will discover everything else that Chautauqua has to offer.” 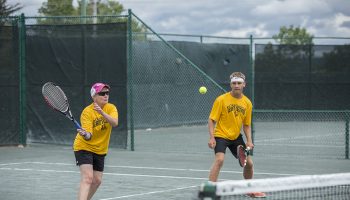 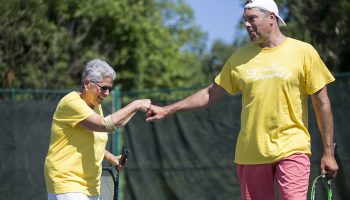 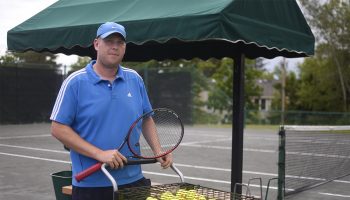