victor “vic” gelb was a unique person, beginning with his lifelong habit of not capitalizing his first or last name. Those who knew gelb had different theories about the reasoning behind this practice, but his wife, who also followed the custom, said it began when he was a young businessman. Originally, he found that it saved time to not capitalize words, joan gelb said, but over time it became a defining characteristic. 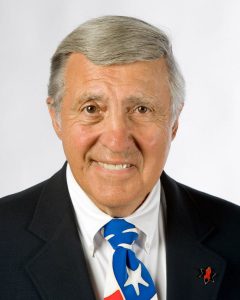 gelb passed away on May 21 at the age of 91. His family, friends and colleagues remember him as a special person, from the spelling of his name to his leadership abilities, philanthropic attitude and overall positive outlook about the life he lived.

Many individuals distinctly remember gelb by his outstanding oratory skills, holding the attention of everybody around him in any meeting or public event. Yet Chautauqua Institution President Michael E. Hill has a particular way of remembering gelb, which he shared at the Chautauqua Foundation welcome dinner on June 22 in the Athenaeum Hotel Parlor.

“If you really want to see the blessing of vic gelb, watch him when there’s no longer voice,” Hill said. “Communicate love for an institution that he desperately wanted to be welcomed home to.”

When Hill first spoke with gelb, he had already lost his voice as a result of Parkinson’s disease.

“The first time I met vic, I was trying to glean from him the great wisdom that we know he had,” Hill said. “I said, ‘You know we need you to come home,’ and all that needed to be said was the single tear that dropped down his cheek.”

To Hill, that tear represented gelb’s love of Chautauqua Institution, where his wife, joan, along with their four children, Leslie Gelb, Kathy de Windt, Cindy Grabner and the late Bobby Gelb, have been coming for 53 years. They first came for a weeklong vacation, only to end up buying a summer house in 1970.

Many of gelb’s first years spent at Chautauqua Institution were leisurely, as he kept himself busy the rest of the year in his hometown of Cleveland. There, he was a businessman, starting in the advertising industry. He served as executive vice president of Ohio Advertising Agency and eventually held high-level positions at various companies such as CEO of Woodhill Permatex Corporation and president of Big Brothers of America.

“When we came up to Chautauqua, I was thrilled,” joan gelb said. “Because I said ‘vic, you don’t have to be on any committees,’ (this was) new territory.”

But his desire to help others and get involved with the community reeled him into the Chautauqua Foundation. From 1995 to 2011, he served as director of the Foundation’s board and chaired the five-year- long Idea Campaign that raised $53 million.

According to friends and colleagues, he genuinely loved volunteering and his philanthropy.

“It was an honor and a privilege for him to raise money for Chautauqua,”said Karen Goodell, vice chair of the Chautauqua Foundation and long-time friend. “He didn’t need recognition.”

The Chautauqua Foundation honored gelb on June 22 for his years of service to Chautauqua by establishing the vic gelb Heart of Chautauqua Service Award, presented to inaugural recipient and foundation board member, Jack Connolly.

The depth of gelb’s involvement in Chautauqua and Cleveland throughout his life cannot be overstated. While he offered philanthropic donations, volunteered for numerous organizations and held many titles, one character trait his family found remarkable was his personal impact on countless individuals.

“People can give money, (which is) easy,” joan gelb said. “But he believed in giving of oneself. It was very important to him. For his 65th birthday, he took 35 homeless men out to lunch. He didn’t want a party, he didn’t want anything (else).”

gelb had many passions, and people were one of them. He was, as his family, friends and colleagues described him, a true “peopleaholic.”

“He just loved being around people, he loved doing things for people,” said gelb’s daughter Cindy Grabner. He had an ability to remember everyone he met, whether in person or over the phone.

“I was at one of his meetings, and there were about 45 or 50 people that were in there,” joan said. “He went around and knew everybody by name. These were reps that he never saw or saw maybe once a year. He was great at remembering names.”

Kathy de Windt, gelb’s daughter, said remembering names and details about people was “part of his mantra,” and that he possessed a keen ability to make everybody feel like a “somebody.”

The family also reminisced on how gelb valued time with his family above all projects, organizations or passions.

“When he came home, everything was left behind,” joan gelb said. “All his work, everything. It was (about) the family, and we always had dinner (together). He learned that from a friend of my father’s, and he was very impressed by it.”

Those who knew gelb remember him in other ways as well. He was a loving father, grandfather and great-grandfather who was the ultimate role model, inspiring de Windt to get involved in her own community in Florida. Grabner recalled his competitive and fun nature, as they would play tennis together in their free time.

In particular, his family remembers the “twinkle in his eye” they noticed on a daily basis, as his days were filled with love and excitement. They enjoyed his “quick one-liners” and wit common in his everyday sense of humor, and marvelled at the fun and cheerful life he lived.

“I never had one unhappy day,” joan gelb said. 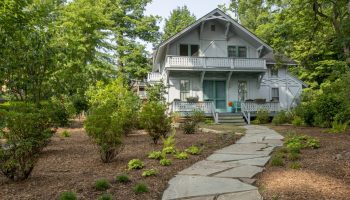 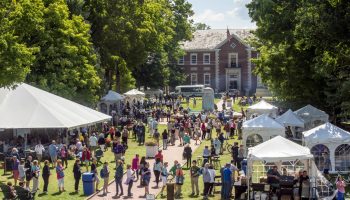 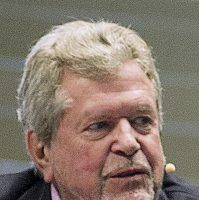 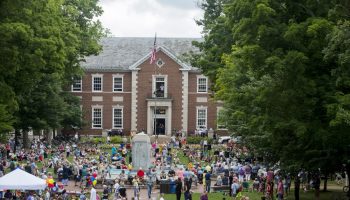