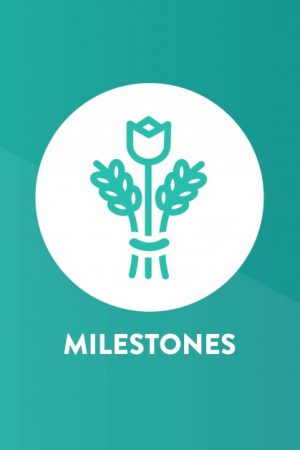 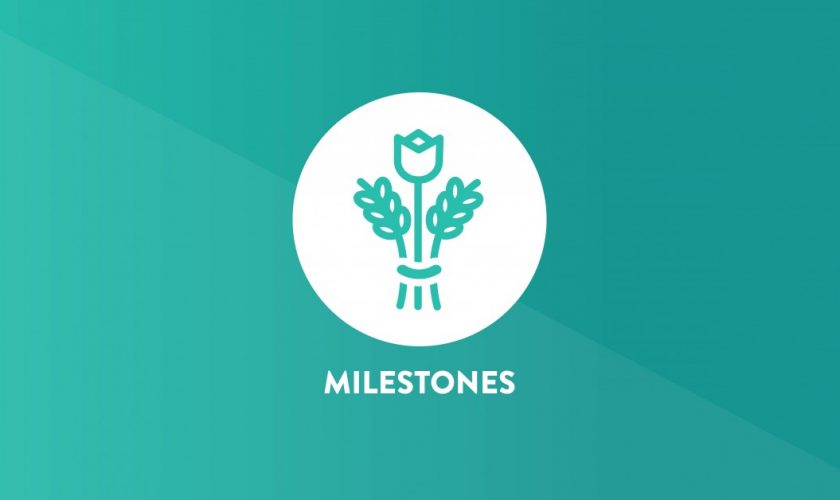 Joan Kekst (nee Granner), a noted kosher cooking expert and author, passed away peacefully on Oct. 24, 2019. She was 86.

She returned to school when her children were older and received a degree in home economics. She attended La Varenne in Paris and studied the science and chemistry of food with an emphasis on Kashrut. Joan conducted hundreds of classes and lectures on all aspects of a Jewish kitchen. She was editor of the weekly food column in The Cleveland Jewish News for nearly 40 years. Passover Cookery, believed to be the first health kosher Passover cookbook was published in 2000.

Services were held Oct. 27, 2019, at the Berkowitz-Kumin-Bookatz Memorial Chapel in Cleveland Heights, Ohio. Contributions are suggested to either Park Synagogue or the Jewish Community Federation of Cleveland.

Corky graduated with an MBA from Michigan State University. He taught history and economics before moving to Houston in 1972 to join Terradevco Development Company — a joint venture partnership with Mitchell Energy & Development — building The Woodlands Inn and Conference Center. He was an original founder and charter member of The Rotary Club of The Woodlands, serving as president in 1981. Corky was honored with two Paul Harris Fellowship awards and was chosen for the highest award by the Rotary District, “5920 Roll of Fame” in 1996. Through Rotary, he served as the Interact Club sponsor for the Woodlands and College Park High Schools for over 30 years, guiding students to follow the “Service Above Self” motto to enrich their lives and give back to the community. This award is presented to students who strive to the highest standards of the organization. The award was renamed “The Corky Shaw-Ann Snyder Service Above Self Award” in 2008. He was also presented an award from The Woodlands Rotary for his years of service and dedication to Interact.

Corky was presented as one of the original “Hometown Heroes” in 1999 and named “Citizen of the Year” by the South County YMCA, where he served as president for two terms. He also served on The Interfaith of the Woodlands Board of Directors and their Executive Committee. Corky was awarded the “People of the Year” award by The Woodlands’ “People Scene” in 2011. He was named Mardi Gras King for the Montgomery County Performing Arts Society in 2016.

Corky was a highly respected home builder, beginning his career in The Woodlands, alongside his best friend and partner for 46 years, Tom Boak, building luxury custom homes in West Isle and Grogan’s Point. Corky moved to the Lake Conroe Area, continuing to build luxury custom homes around the lake for the past 20-plus years.

The family wants to thank Corky’s favorite caretakers Shantel Hopkins and Amber Myers for their continued loving and caring support.

Patricia graduated from Peabody High School at the age of 16 and went on to the University of Pittsburgh to earn the following degrees: a B.A. in history, a M.A. in English, and a MLIS in Library and Information Science. She was a member of the Zeta Tau Alpha Sorority and a College Club of Pittsburgh for 80 years. Patricia was a professor in the School of Library and Information Science at the University of Pittsburgh and lectured in California, Chicago, New York City, London and Copenhagen.

Patricia was a member of the Third Presbyterian Church for over 50 years. Her love of books led her to become a book reviewer. She was also an avid Bridge player. She loved to travel with her daughter on yearly cruises. All her life, she and her family vacationed in the summer months in Chautauqua, New York. She also served on the Chautauqua Institution Board of Trustees.

Patricia had a productive, full life, which included many wonderful friends and a loving family, whom she cherished. Special thanks go to her caregivers, Vernie McCandless and Madeline King; and to family friend Edna Cavalcante.

Ted was raised and educated in Corry and attended Corry Area High School, where he was a standout three-sport athlete and was an All-State Basketball player his senior year.

He graduated from Edinboro University and began a long teaching career first starting in South Carolina and, for the last 29 years, as a beloved teacher and coach in the Wilkes-Barre Area School District. He was dedicated to his profession and loved shaping all the students he taught and coached during his 29 years.

He loved being with his family, especially his boys Brett Robert Williams and Brady LaRue Williams, both of Plains.

He loved being a coach and coached baseball for E.L. Meyers High School, Crestwood, and Bishop Hoban High School, and football at Coughlin and GAR. He was also a golf coach, and finally baseball, at LCCC Community College.

He was preceded in death by his father-in-law and mother-in-law, Robert and Shirley O’Malia.

Besides his parents, wife and sons, he is survived by two sisters, Sheri Williams and her husband Brad Kellogg, and Brenda Williams Nichols and her husband Chad Rogers, both of Corry; and a brother, Robert and his wife Tammy, also of Corry.

He also is survived by a sister-in-law, Candice Florek, and her husband Steve of Sugar Notch.

He is survived by many uncles and aunts, and by nieces Danielle, Jillian and Izzy, and nephews Matthew, Kenny and Steven.

A memorial visitation and Celebration of Life was held Feb. 29, 2020 at E.L. Meyers High School Auditorium, and a memorial service was held on March 28, 2020.

She graduated as valedictorian of the Class of 1954 in Warren, and from Oberlin College in 1958 with a major in music. She received a Shansi Teaching Fellowship from Oberlin to teach English in Madurai, South India for two years. She returned to Oberlin to share her experiences and then began her masters degree in teaching English in preparation for teaching in Africa, at Teachers College, Columbia University. While working as a Foreign Student Advisor in New York, she met and dated a colleague advisor from the RCA Institute, Roy Watts. She finished her masters degree at University of London, with a Postgraduate Certificate in Education, and contracted to teach English in Ghana, at a secondary school in Tema, and the Teachers Training College in Accra.

Mr. Watts, then in Nigeria, moved to Ghana to work on newly established Ghana Television. Margaret and Roy Watts married on July 24, 1965. In 1980, Margaret and the Watts children moved to Chautauqua, New York, where her parents lived, to avoid the dangerous military situation in Ghana at the time. Roy went to prepare a home in Trinidad while Margaret taught at Jamestown Community College. The family moved to Trinidad in 1982, where Margaret taught at the University of the West Indies until 1998, when Roy passed away. She then taught at Brooklyn College for two years and moved to Tampa, Florida, in the year 2000, where she led the writing program at Springfield College.

Margaret retired from Springfield in 2011. She was an exceptional educator with a rare capacity to genuinely see the potential in all her students. Her love of poetry ran very deep, and she documented much of her life through her poems. She began to write in high school, and continued for the rest of her life. She started students writing poetry as part of learning English in Ghana and began reporting the results in her Ph.D. thesis, professional journals and lectures, as early as 1977. She edited the first book of poems by women from Trinidad and Tobago ever published, and published three books of her own poems. Her poems were included in many books and journals as were more than 50 of her articles, papers and other writing.

A Celebration of Life was held Oct. 19, 2019, at the St. James House of Prayer in Tampa, where donations can be made in her name.

Laura Lynn Hall Kerr, 53, of Center Township, Pennsylvania, passed away Oct. 10, 2019, surrounded by her loving family. Laura believed in the strength of family and friends, and was blessed by those many dear relationships throughout her life.

Born March 15, 1966, in Bellevue, Laura is the daughter of Joseph W. and Louise M. (Majesky) Hall. She was a 1984 graduate of Hopewell High School, where she was starting center on the Viking’s varsity basketball team for three years. As an adult, she was an active member of Crestmont Alliance Church, Hopewell Township, and had a heart for serving others. Her vibrant faith and contagious enthusiasm were appreciated by many. Laura also enjoyed many hobbies, including crafting and beachcombing.

In addition to her parents, she is survived by her beloved son, William T. Kerr; brother and sister-in-law, Brian and Theresa M. Hall; nephews Joseph P. Hall and Roger M. Hall; additional beloved family; and many faithful friends, including Brooke and Michael Witterman, Joanne and Joe Herda, and LuAnn and the Rev. James Eaton.

A service was held in October in Aliquippa, Pennsylvania. In lieu of flowers, memorial gifts in Laura’s memory may be made to Beaver County Christian School, 4001 6th Ave., Beaver Falls, PA, 15010.

Miriam L. Coleman, 85, formerly of Queens, New York, and a summer resident of Chautauqua, passed away Aug. 23, 2019, in the Good Samaritan Nursing Home in Omaha, Nebraska.

She was born Aug. 15, 1934, in Jamestown, New York, the daughter of the late Ernest H. and Evelyn Lawson Coleman.

Miriam graduated from Columbia University with two master’s degrees in education. She was a classroom teacher in New York State for 20 years. From 1967 until 1971, she taught at the American School in Warsaw; from 1971 until 1973 at the American School in London; from 1974 until 1976 at the Nagoya International School in Japan; and from 1980 until 1987, Miriam was a reading specialist in New York City. Following that, she worked at the diagnostic reading clinic for children at Hofstra University.

She was a member of the First Covenant Church in Jamestown and the 5th Avenue Presbyterian Church in Manhattan.

She was preceded in death by her father in 1982, her mother in 1987, and several aunts and uncles.

A memorial service was held Oct. 11, 2019, in Jamestown. Memorials may be sent to Chautauqua Institution; North Park University in Chicago; or UNICEF.

Alton B. Klinger, 68, of Sherman, New York, passed away with his family by his side on Friday, Feb. 7, 2020, at Allegheny General Hospital in Pittsburgh.

He was born March 15, 1951, in Corry, Pennsylvania, the son of Richard B. and Laura Hope (Chamberlain) Klinger.

Alton is preceded in death by his parents. He is survived by his five children: Rhonda Dailey and husband, Ronald of Dewittville, New York; Vonnie Smith of Outer Banks, North Carolina; Shalyn Klinger of Jamestown, New York; Justin Eck and wife, Crystal, of Sherman; and Richard Klinger of Syracuse, New York. He has 11 grandchildren and four great-grandchildren. He is also survived by seven siblings: Keith, Mark and Douglas of Sherman; Paul and wife, Cathy, of Ripley, New York; Diana Ferguson of Stow, New York; Pam Vettenburg and partner, Becky Engel of Smyrna, Tennessee; and Tina Phelps and partner, Mike McKoon, of Jamestown; along with many nieces and nephews.

Alton was loved by all. His favorite pastime was hanging out at his cabin in the woods. He enjoyed country music and loved his family.

The family wishes to thank the doctors, nurses and staff on the 12th floor ICU at AGH for their wonderful care and support.

Every summer, at the first Sunday Service of Worship and Sermon of the season, the Department of Religion publishes the names of those in Chautauqua’s community who have passed since our last gathering. In the absence of such a printed program for virtual worship in the CHQ Assembly, it is the Daily’s honor to provide that service instead. Here, we publish the annual “In Memoriam” — the names of our departed — as it would have appeared in the first Department of Religion program of the season.