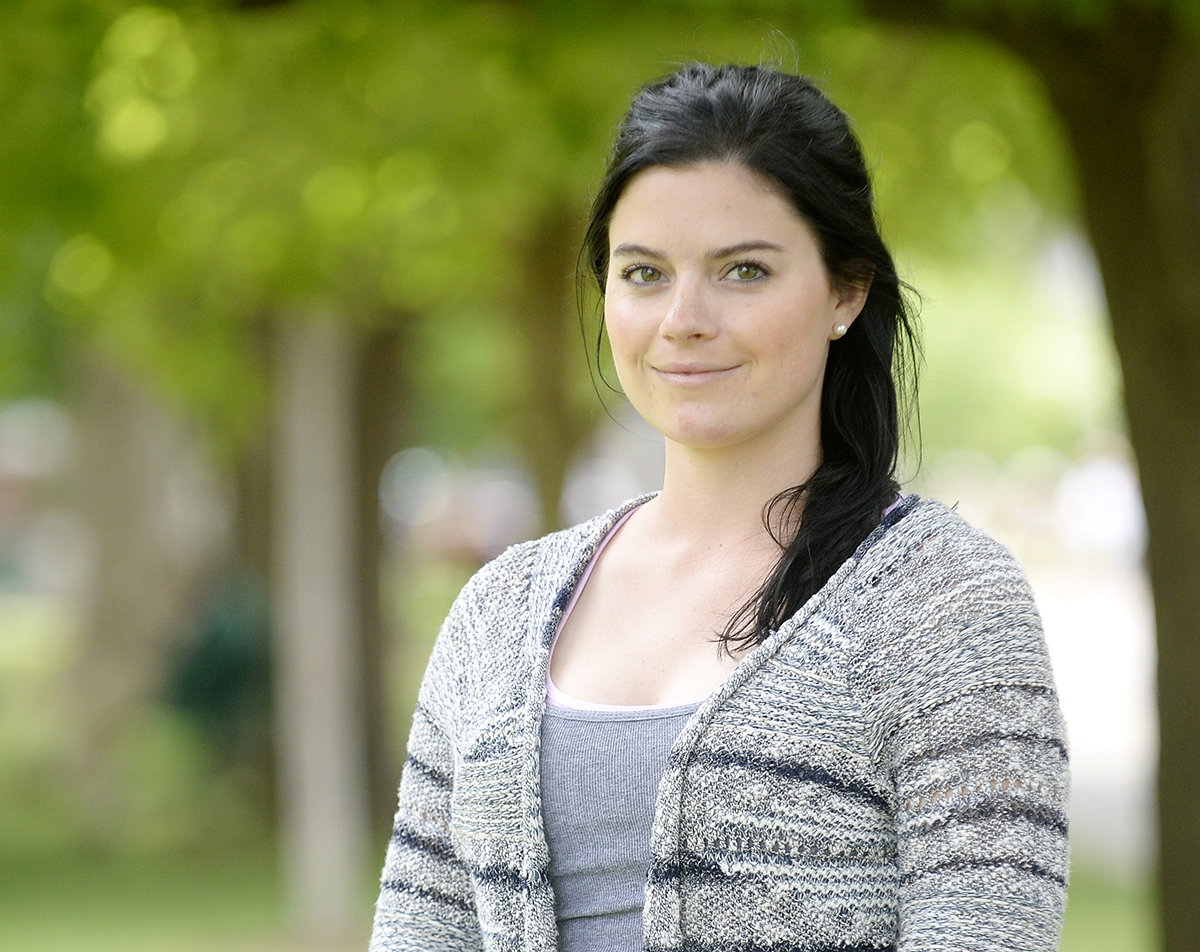 Between Boys’ and Girls’ Club, the Youth Activities Center, Pier Club and programs such as the CLSC Young Readers, children and youth in Chautauqua Institution are often as busy as the adults.

Enter Robin Martin, the new youth coordinator on staff at the Institution, who will work to tie all of those activities together, creating a diverse Chautauqua experience for kids.

“The idea is to provide as many different activities as we can, and also expose all the existing activities so kids who aren’t in the know have a connection, too,” Martin said.

“Last year, we were working out the kinks,” she said. “I think of it in the same way as my first year teaching. You’re paving the path as you’re going. You can infer what might happen, and if something doesn’t work out, you can change it for the next week.”

Martin, originally from Buffalo, New York, has been coming to Chautauqua since she was very little. She attended Club when she was young and worked at Children’s School and the Athenaeum Hotel.

“I have always had a strong connection with the Institution,” she said. “I got hired at Sherman [Central School], and that has brought me down here. I just moved into a house in Bemus Point, and now I’m living the dream.”

Martin will use her experience as a fifth-and sixth-grade English teacher to kick off the 2016 CLSC Young Readers program at 4:15 p.m. today in the Literary Arts Center at Alumni Hall Ballroom. The Week One selection is Jacqueline Woodson’s Brown Girl Dreaming, a novel told in verse that has garnered numerous awards, including the Newbery Honor and the 2014 National Book Award for Young People’s Literature.

Martin plans to focus on a few excerpts from the book, then lead the young readers in a writing activity, creating a narrative poem and a haiku.

“The author writes free verse and haiku,” Martin said. “One strategy that I do with my students [is that] I have them write a story about what they want to talk about, and then they eliminate words that make it prose. That will get them easily into a poetry form.”

Martin’s example for the kids is a free-verse poem about how she has always wanted to be a teacher.

“Basically, it gets the kids thinking about what they want to talk about, rather than sitting there going, ‘I don’t know how to start a poem,’ ” she said.

Although sharing poetry is not mandatory, Martin recognizes its importance in the writing process and will encourage young poets to read their work, or allow her to read it for them.

The kids will be free to discuss and ask questions in small groups, even if they have not read the book yet. Martin said she expects participants to be especially interested in the “why,” as Woodson chronicles life growing up as an African-American in the 1960s and ’70s.

“I think kids are always fascinated with the past and how and why things happened,” Martin said. “Mostly because it’s unthinkable now, it’s things they couldn’t even fathom.”

From noon to 3 p.m. every Sunday during the season, Martin will be in Bestor Plaza near the Special Studies tables with information for parents, kids and teens about all of the programming available to them.

“I found that a lot of new families were able to peek into Club and see what to expect the next day,” she said. “And we had little activities for them to look into, as well.”

Martin will act as bridge between recreational programs such as the Boys’ and Girls’ Club and non-athletic offerings such as the CLSC Young Readers program.

“I think being a well-rounded person makes things interesting,” Martin said. “You don’t have to do everything, but you should try the best you can.”

For the education department at Chautauqua, tying youth programs in with weekly themes and lecture topics is a priority. Martin will spend the season bouncing between programs and making sure those connections are made successfully.

Making stronger connections to the community outside the gates is also major ambition for the youth coordinator. Off-ground excursions will be offered.

She said she would like to do more with the Pier Club, a place that she used as a hang out when she was growing up.

“It can be a little intimidating for kids who come for one week, who are new and don’t really know much about Chautauqua,” Martin said. “My job is to expose them to all the wonderful things that they could be engaging in.”

Another addition this year is the involvement of high school-age volunteers.

“I’m trying to make connections with kids who need volunteer hours to graduate, and show them what they could be doing here,” Martin said. “We’ve had some organizations here say that they would love to have the kids help out.”

Possible areas where volunteers could be used include helping out at denominational houses, assisting the Bird, Tree & Garden Club with the Mushroom Sandwich Sale or helping out during lunch at Club.

“My job is to be as inviting as possible,” Martin said. “Be on the lookout for what activities we’re doing, and don’t be shy.”