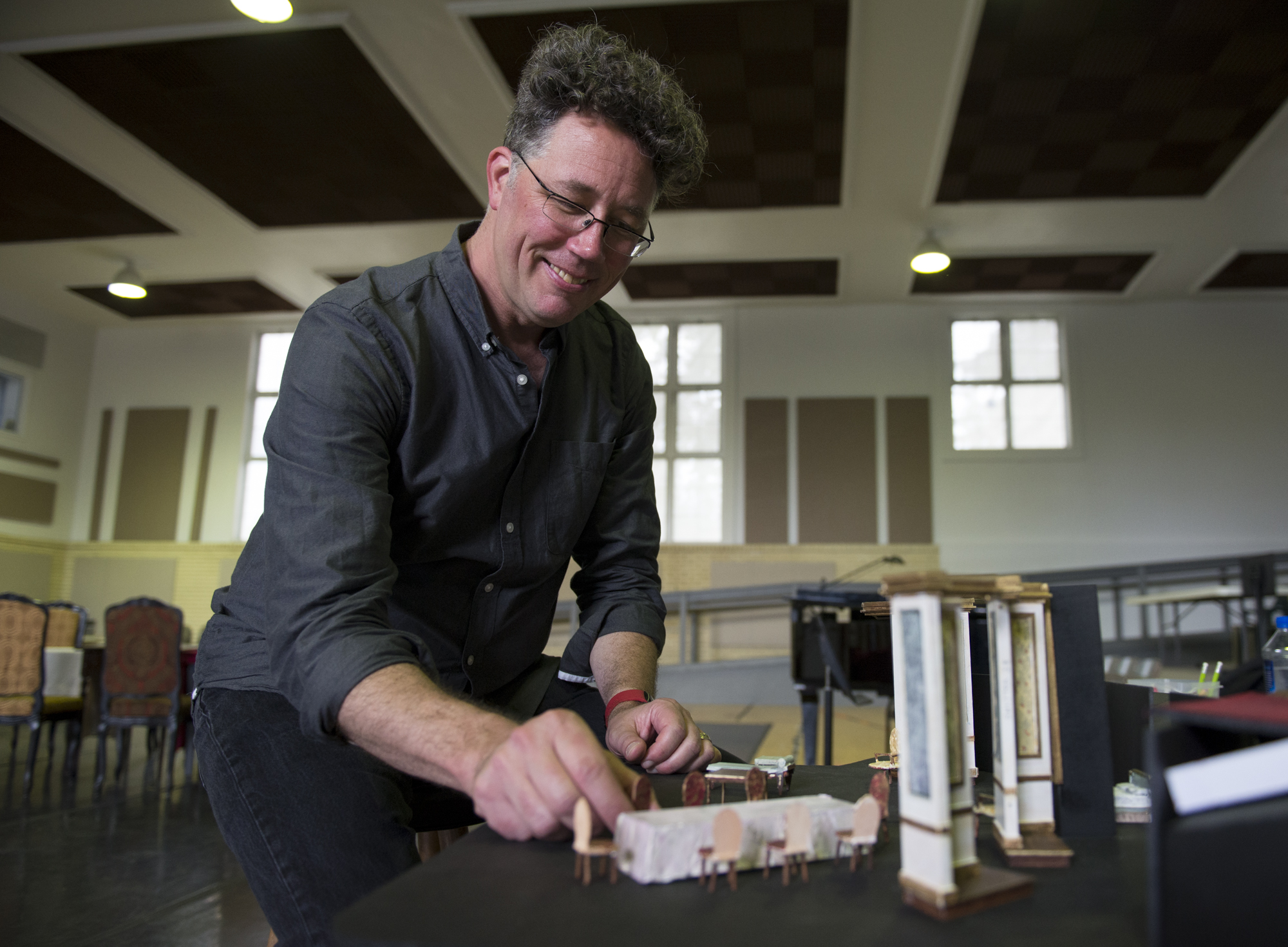 That is how Steven Osgood describes opera, and that ebullience is exactly what he wants to share with Chautauquans this summer.

“Opera as an art form is not dying,” he said. “We are now in the infancy of a golden age of American Opera that, 40 years from now, people will look back on and be able to see with perspective.”

This is Osgood’s inaugural season as artistic and general director of the Chautauqua Opera Company; Chautauqua Institution officials announced in August 2015  that he would succeed longtime director Jay Lesenger. This summer, Osgood is joined at Chautauqua by his children and wife, Peggy Monastra.

This isn’t Osgood’s first time at Chautauqua. From 2009 to 2014, he served as guest conductor for full productions of Giacomo Puccini’s Tosca, Douglas Moore’s The Ballad of Baby Doe and Benjamin Britten’s Peter Grimes, as well as several Opera Highlights concerts.

This year, the company will present Giuseppe Verdi’s La Traviata, Gilbert and Sullivan’s The Mikado and contemporary composer Missy Mazzoli’s first opera, Song From the Uproar. Osgood conducted a production of Song From the Uproar with LA Opera in 2015.

His approach to standard repertoire is to remember that it wasn’t always standard.

“For one or two days, La Traviata was the newest opera in the world, and before that day, nobody knew what it was going to be,” Osgood said. “It’s a side of the operatic field that’s easy for the general public not to recognize.”

Investment in the work of living composers and librettists has been a cornerstone of Osgood’s career, something that will carry over to his work at Chautauqua.

The first fruit of that initiative is the Composer in Residence program. Osgood designed the program in partnership with American Opera Projects in Brooklyn, where he served as artistic director from 2001 to 2008. In 2003, he created the Composers and the Voice workshop series. The debut composer in residence at Chautauqua is Jeremy Gill.

“I think he’s done the very best job of honoring what we have and freshening it up,” said Carol Rausch, the company chorus master and music administrator since 1995. “[He is] adding some things that are new and different and give spark.”

One of those new things is “Opera Invasion,” a series of six pop-up concerts in which members of the company will gather at outdoor locations around the grounds for unorthodox mini-programs of vocal music. This Friday at 6:15 p.m., members of the 2016 Young Artists program will bring their repertoire list to the Amphitheater plaza for “Opera Open Book.” While guests wait in line to hear LeAnn Rimes, they can request any song from the singers’ folders.

The vocalists will wear black T-shirts with the words “Opera Invasion” written perpendicularly across the front.

A bonus: If a Young Artist wears his or her T-shirt on the grounds throughout the season, the shirt is an open invitation for Chautauquans to request an aria excerpt on the spot.

Rausch worked with former director Lesenger for more than 20 years as he built the reputation and audience of the company. She said Osgood is a fitting successor, and she feels confident about the season.

“Jay feels good about the transition. … They’re longtime friends,” Rausch said. “I think  [Osgood] is going to have a runaway success.”