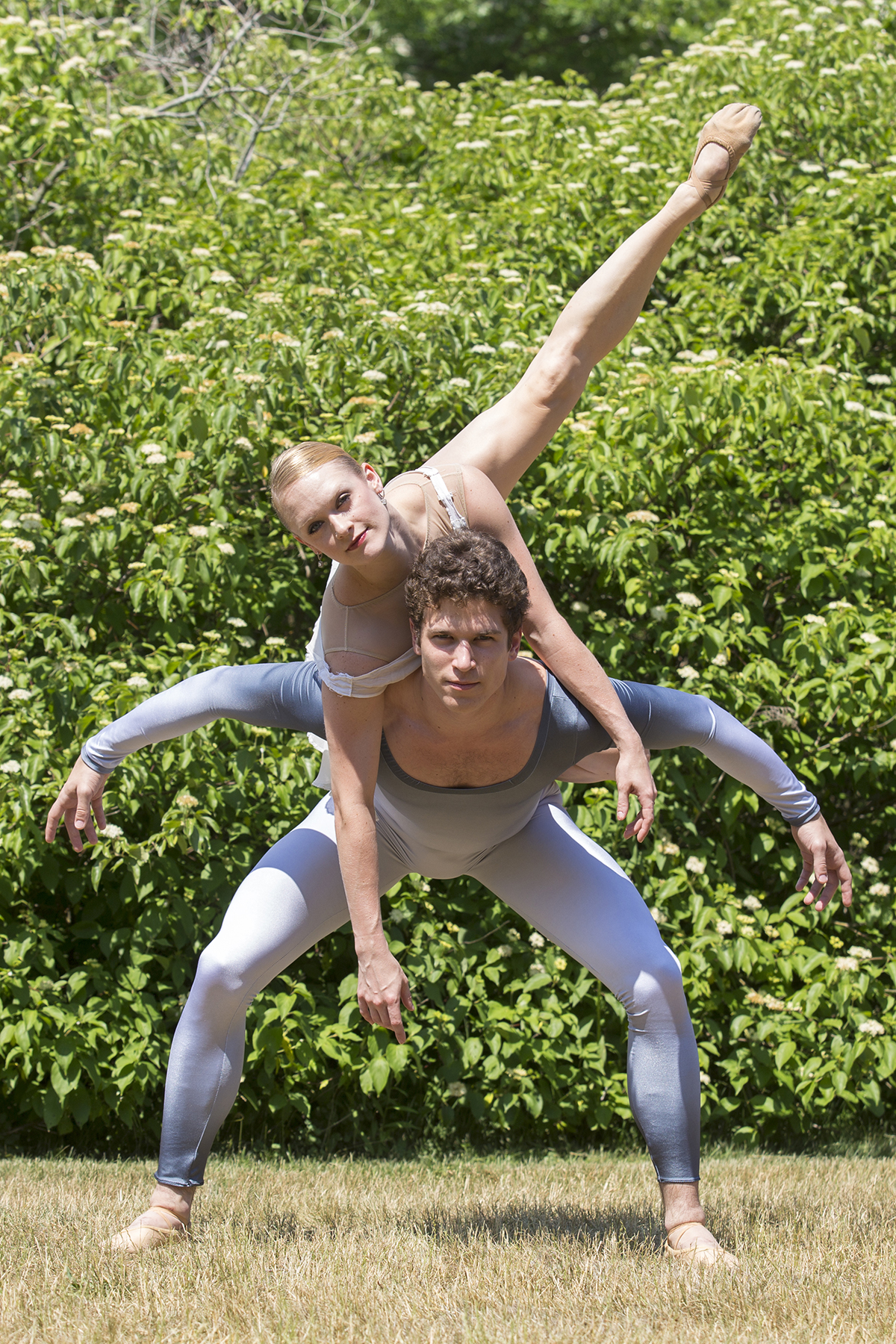 Charlotte Ballet dancers Sarah Hayes Harkins and Josh Hall have typical office jobs. They have to deal with collaboration, confrontation and communication as co-workers.

Except they do it in tights.

Hayes Harkins and Hall will present “The Perfect Partner” in a Chautauqua Dance Circle Views on Pointe lecture at 3:30 p.m. Monday in the Hall of Christ. The lecture aims to look at the intricacies of partnering in dance.

The two agreed that communication is key in making a partnership work. Hayes Harkins said wording is important between two partners in order to get the job done and not hurt feelings.

“Anything that’s said is furthering us to putting it on stage,” Hall said. “It’s not anything personal.”

The two have extensive partnering experience together, including “The Little Mermaid” in Charlotte.

“Probably the most we’ve done is contemporary stuff,” Hayes Harkins said. “But we’re sort of — in the past year and a half — testing out our classical waters.”

It’s important to differentiate contemporary from classical partnering. Hall said the grips in classical ballet are more precise and all about “perfect placement” of the woman.

“That’s why we’re so good at contemporary partnering together because we’re both so in the moment, crazy,” Hall said. “We can use that energy and go off from each other and [in] classical, you kind of have to rein it in just a little bit.”

Hall and Hayes Harkins said they didn’t get enough exposure to partnering before they became professionals, especially when it came to contemporary partnering. More exposure would have made the transition to partnering as a professional a little less jarring, Hall said.

“They’re trying to add [contemporary partnering] into the summer program this year and I think a little bit last year,” Hayes Harkins said. “They’ve started to realize how important it is for your professional career and their doing it more … in summer programs, but I don’t know how often year-round schools are adding that stuff in.”

When it comes to learning how to partner, Hayes Harkins said some personalities are better suited to the adjustment.

“I’m really lucky that I don’t have any fear issues, so when it comes to going up high, or going backward or upside down — like, I’m all about it,” Hayes Harkins said. “That doesn’t come naturally to every person, so if somebody is really afraid of being upside down, they have to conquer that fear daily and it can be really difficult. You have to trust your partner in those situations and know that they’re not going to drop you on your head.”

Hall said there is a different energy between each partner. When people learn about that, it can help them see it on stage.

“I think it’s cool for people to see that we think about it differently, we’re not just going into everyday doing the same old steps,” Hayes Harkins said. “We have different thought processes and relationships.”

At the end of the day, Hall and Hayes Harkins are just looking for a little a credit from those who learn more about working in pairs.

“Our whole purpose on stage is to make everything that we’re doing look easy. That’s the ultimate goal of a dancer: to look effortless,” Hayes Harkins said. “But at the end of the day, it’s nice to be appreciated for how hard it is.”