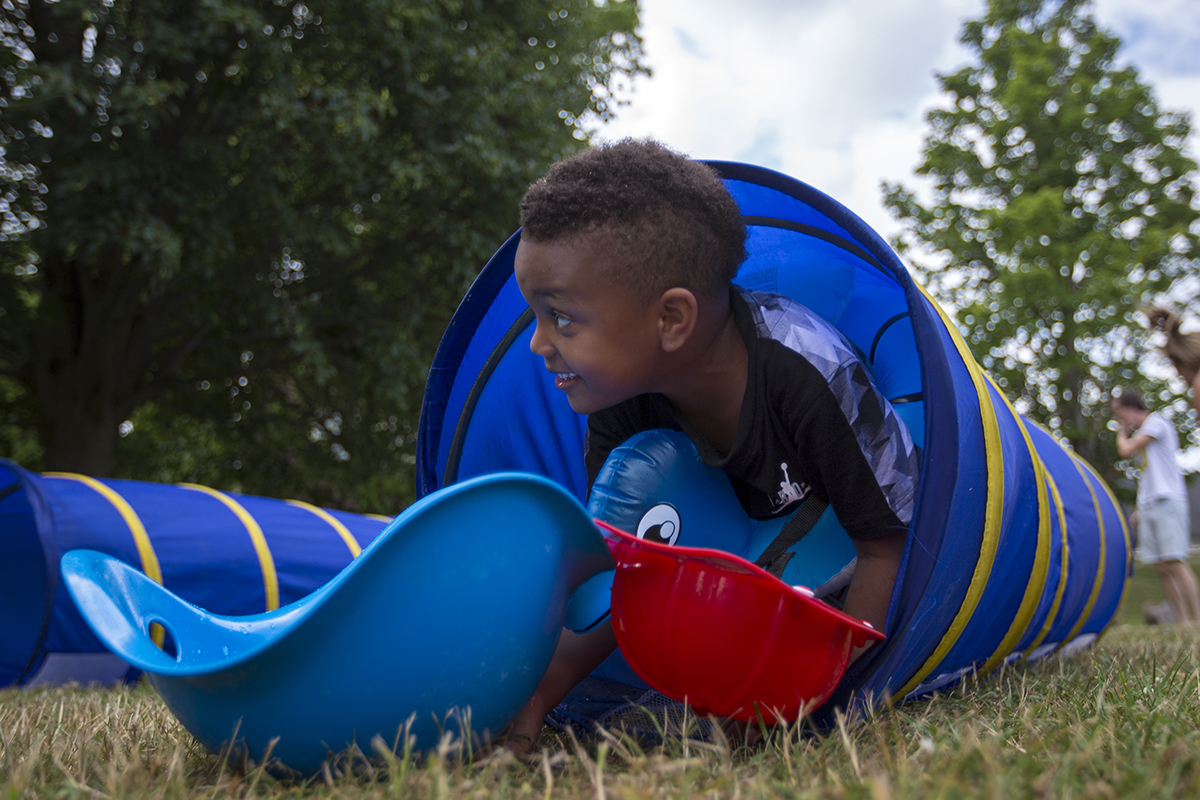 The backyard playground of Children’s School transformed into a kiddie car wash last week when the children hosed down the red SUV they’d painted on Bestor Plaza the day before.

It was Wacky Water Wednesday, and the kids were loving it.

“We had a lot of Chautauquans who were very concerned about the paint on the car,” said Tori Savage, head teacher of the Yellow Room. “But it’s tempered paint; it comes right off.”

In addition to washing the car, the kids built sandcastles and splashed in water-filled table-tubs. But the highlight of the afternoon was the obstacle course relay race.

“My favorite part was putting the water in the bucket and bringing it through the tunnel,” said Jamille Harvey, a Blue Room 5-year-old. He was confident his team would win.

The Blue and Yellow Rooms faced off in two lines, donning animal-inspired waist floaties and cheering on their teammates.

On Thursday, Chautauqua Opera Company’s composer-in-residence Jeremy Gill visited the school. He and the kids composed a short opera to the story of Little Red Riding Hood, and the music continued on Friday when bassists from the Music School Festival Orchestra brought their jumbo fiddles to demonstrate the instrument.

The grand finale of the week was the Open House, complete with fundraising endeavors for Old First Night. Brownies, popcorn and lemonade were on sale for $1 each, and the kids’ artworks — including plunger paintings — were numbered and displayed for a silent auction.

Everyone gathered on the playground and the kiddos sang for their parents: “Hello there, how are you?/ It’s so good to see you/ We’ll sing and be happy/ We’re all here together again.”