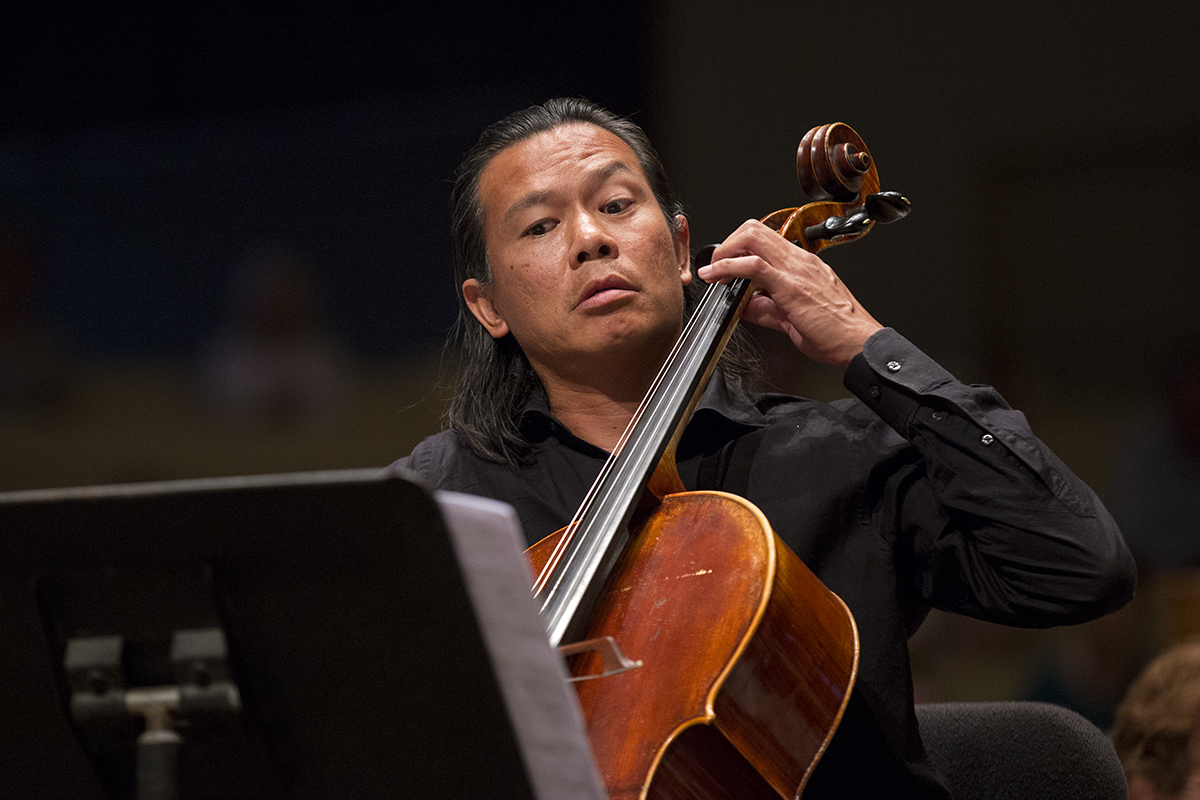 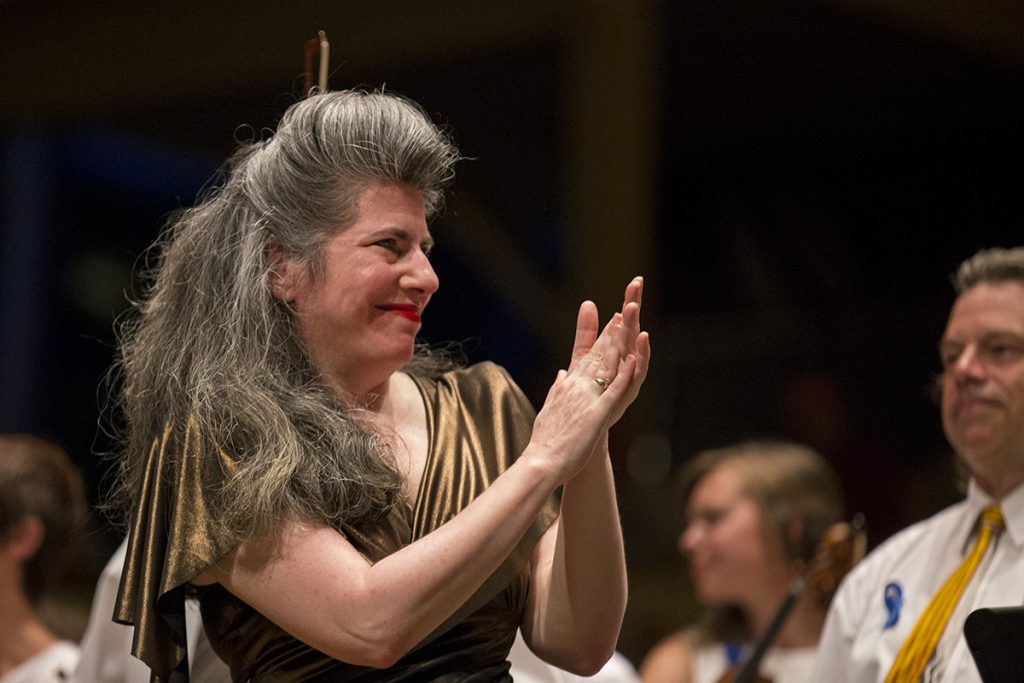 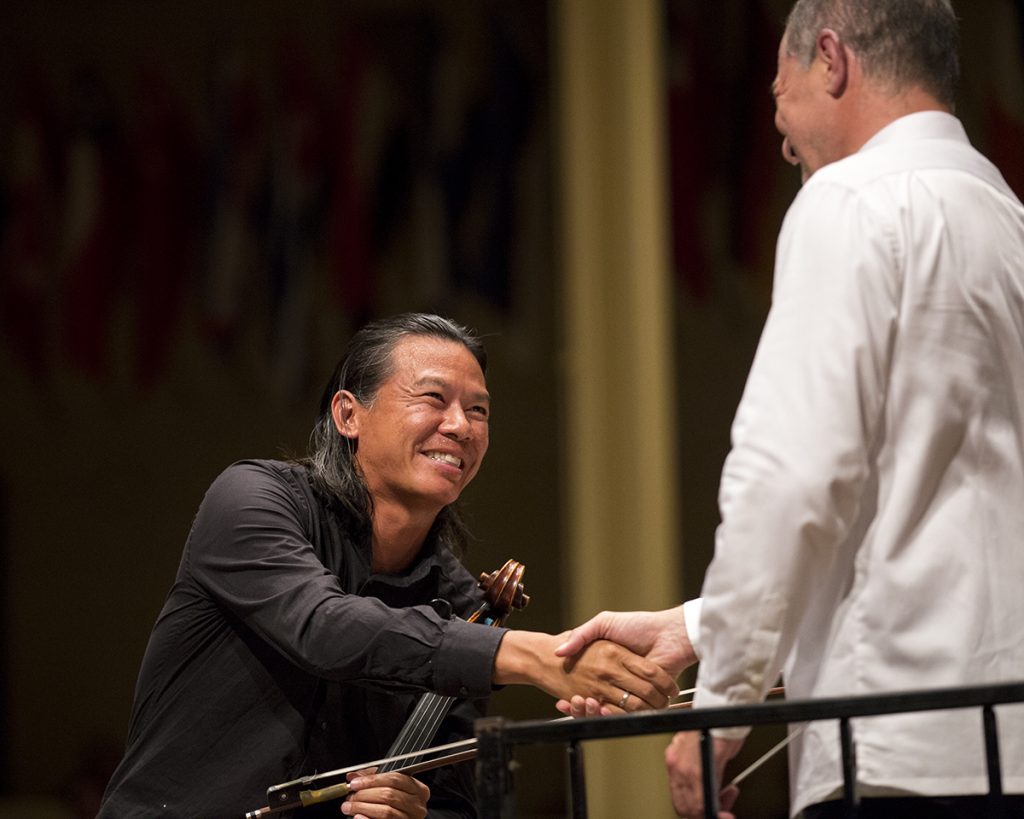 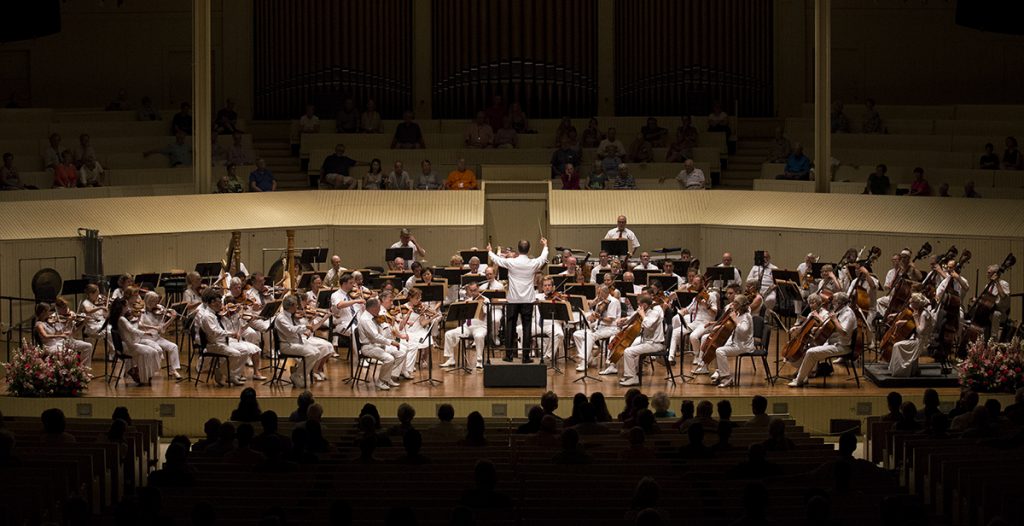 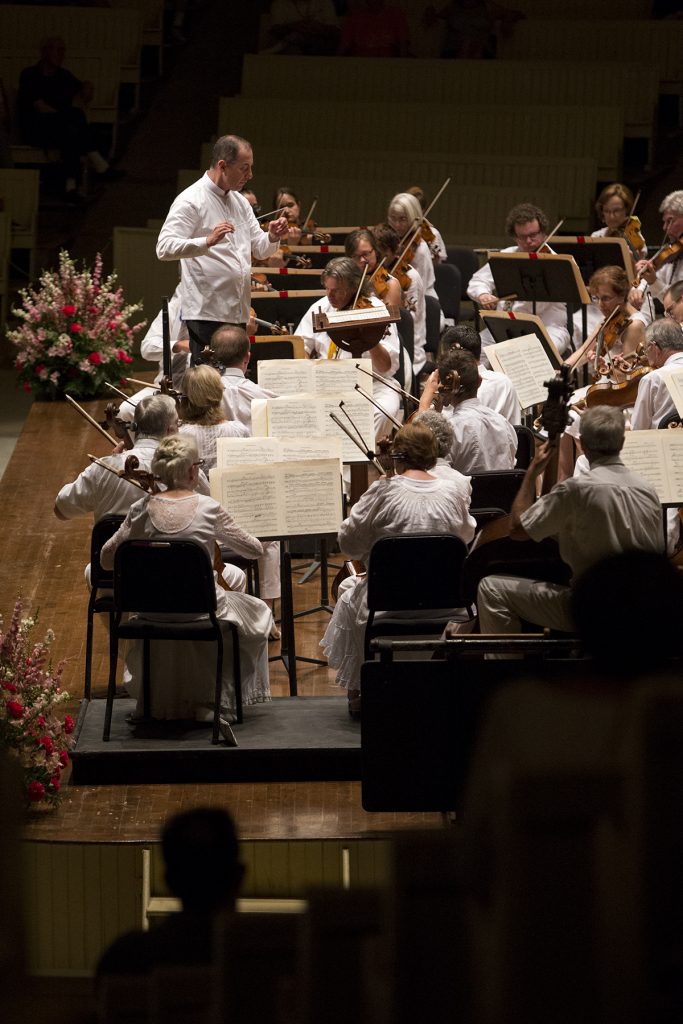 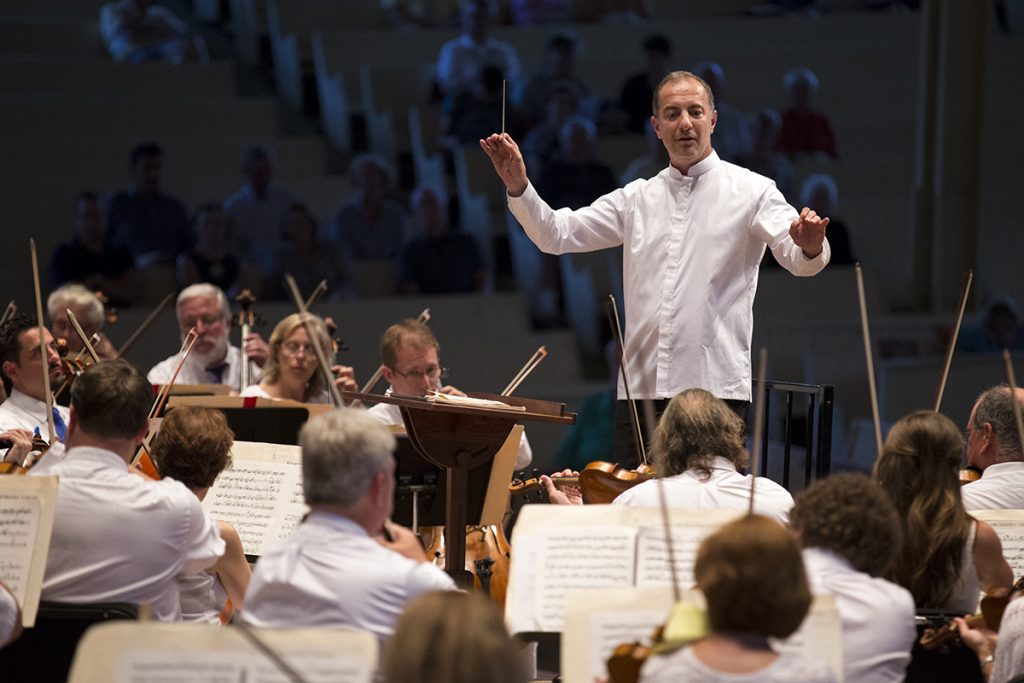 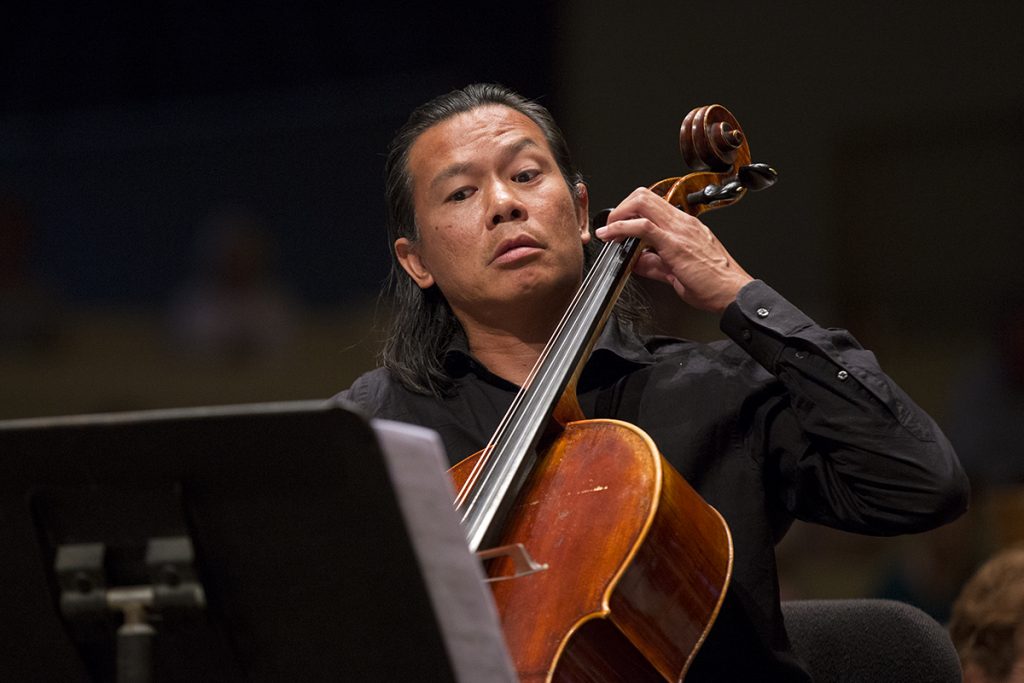 Contrary to its reputation, classical music concerts consist only of the new.

One reason is perhaps less obvious, the fact that each performance of the masterpieces of the past is a live, even living, event. Old music is made anew with every bow stroke, key pressed and mallet swung on stage. But that is not the case just because every interpretation is unique: the standard repertory can have profound and individualized impact on listeners through the transforming power of art, no matter its age.

The other type is, of course, a world premiere. Those often affect us in a different way, by pushing us outside of our comfort zone. Both were present in an intriguing Chautauqua Symphony Orchestra concert Thursday night at the Amphitheater, conducted by CSO music director and Rossen Milanov.

It is no secret that audiences do not tend to warm to much new music, especially the rigorous avant-garde. I am not in the business of reading minds, but the cool reception accorded the premiere of the orchestral version of Annie Gosfield’s “Almost Truths and Open Deceptions,” a cello concerto with the accomplished and new music advocate Felix Fan as soloist, more than suggested that many in the audience dismissed the work or at least weren’t enthralled with it. But let us not forget that a significant portion of the now-standard repertory was not immediately accepted, let alone cherished. Classical music deserves the right to challenge like any art form. Imagine a museum exhibiting no works addressing the pain and reality of life in and after World War II. That is what some want orchestral concerts to be.

In my view, “Almost Truths” brilliantly succeeded by offering a mirror to the modern human condition. Bereft of traditional melody, its hazy harmonies brimmed with microtones that purposely made it sound out of tune. The abundance of driving trills, the difficulty of the solo part, which Fan commanded with ease, personified obsessiveness. The return again and again to the same music embodied our anxiety about the state of the world, with only a mechanical push of percussion forcing the imagined exhausted spirit forward. Only a few fleeting moments of calm and several searching solo sections interrupted the inevitable. As a whole, the concerto, made possible in part by the national Music Alive residency program, fit well with the Chautauqua Institution’s 2016 theme of the great challenges facing humanity.

This is Milanov’s second season leading the CSO, and the building bond between the two was evident. That takes a while, and there were instances lacking full cohesion, but his precise baton work and attention to detail already appears to be instilling confidence in the players. In Hindemith’s “Symphonic Metamorphosis of Themes by Carl Maria von Weber,” the collective string sound had an attractive bloom, and Milanov gave the many woodwind solos plenty of sonic space in which to operate. The finale was marked by a lovely, billowing sound, initiated by the stout brass.

The program concluded with a fan favorite, Debussy’s “La Mer.” There the strings shimmered and swelled as Milanov guided the group through waves of sound reflecting and inspired by seascape.