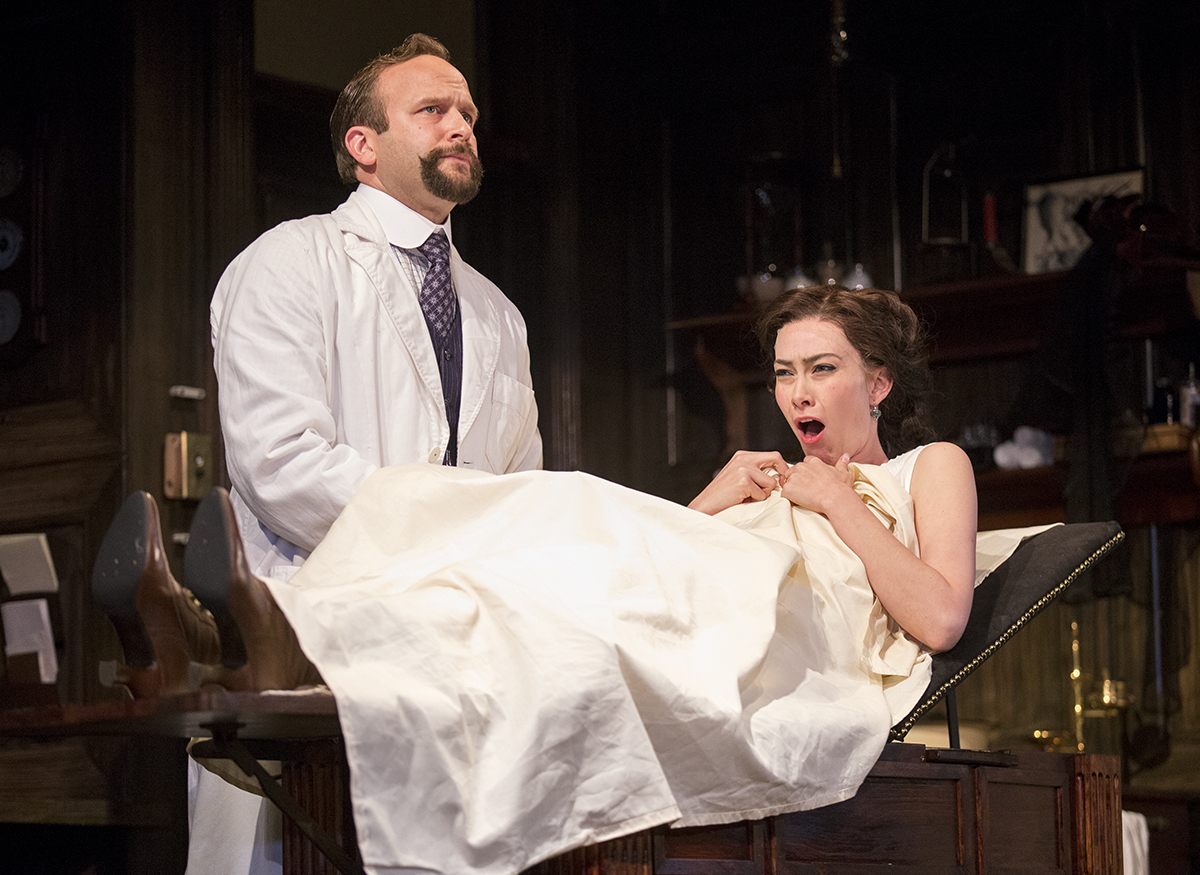 Larissa Kokernot is new to Chautauqua Institution, but she’s already making an impact.

“I certainly want people to leave the theater with a sense of what’s possible if you take a risk in finding your way to another person,” said Kokernot, who started her acting career at 10 at the Guthrie Theater in Minneapolis, Minnesota.

She received a Bachelor of Arts in theatre arts and communication from Brown University and a Master of Fine Arts in directing from University of California, San Diego. She has been living in Los Angeles since 2005.

In 2008, she founded Chalk Repertory Theater with a group she knew from UCSD. The company produces shows in what Kokernot called “unconventional spaces,” as opposed to using traditional theaters.

For example, their first show, Anton Chekhov’s Three Sisters, was staged inside the Masonic Lodge of the Hollywood Forever Cemetery. In March 2015, she directed Chekhov’s Uncle Vanya for the company, with CTC co-artistic director Andrew Borba in the title role.

Kokernot said she developed a fantasy of the Institution in her mind based on talking to Borba, who invited her here this season, and that so far the reality is even better than the fantasy.

One of the appeals of Chautauqua for Kokernot is the merger of spirit and intellect. “The process of doing theater for me is a very spiritual pursuit,” she said.

Working at Chautauqua is different than many of her outside projects because of the level of focus. In Los Angeles, she said she has to work around actor’s schedules. In Chautauqua, she doesn’t have the same problem.

“You can go to a pretty deep place pretty quickly, and you can get a lot accomplished when there’s a kind of mindfulness and presence around the pursuit,” she said.

In the Next Room was blocked in just two days; rehearsals lasted fewer than three weeks.

Another unusual part of the Room process was the separation between Kokernot and her design team, most of whom she didn’t meet in person until very recently. When she finally met set designer Alexis Distler in person, she approached her with excitement and began asking her questions, only to realize Distler had no idea she was speaking with the director of the play.

That aforementioned design team is all women, which Kokernot said was intentional. She believes the show has a strain of feminism, but that it isn’t a feminist play.

Kokernot knows Room playwright Sarah Ruhl and had read and seen the show performed before coming on board.

“You get to know a play very differently when you sit down to direct it yourself,” she said. “You realize you’ve seen the story told by other people, but when you sit and commune with the play … a whole new story rises up.”

She sees connections between the world of the play and Chautauqua, such as the New York setting and Thomas Edison’s significance to both the story and Chautauqua’s history.

“There’s so many ways in which it feels like the perfect play,” she said.