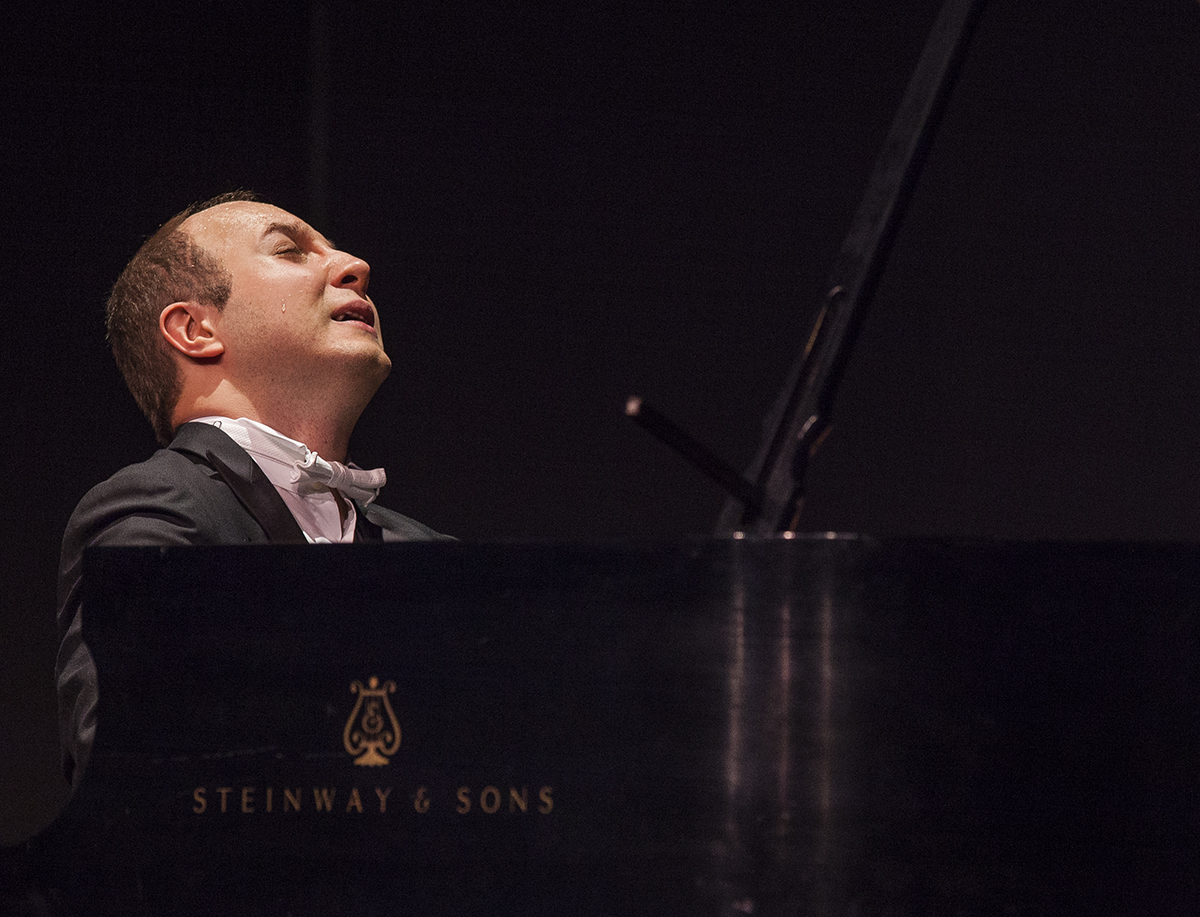 Since at least the turn of the century, communication from the stage has lightened the cultural baggage that still weighs down classical music as inaccessible and highbrow. Handing a conductor, composer or soloist a microphone engages the audience. It illuminates compositions. It connects younger generations to the art form. But a spectacular recital by pianist Alexander Gavrylyuk July 20 in the Amphitheater was a reminder that the traditional play-then-bow format can still speak to an audience.

Gavrylyuk could have expounded upon how he enjoys performing here, but he left that to his Facebook account (“thrilled to be back in beloved Chautauqua”). And, rather extraordinarily, he did not talk at all, not even to shout out the names of the encores. It was a refreshing return to what now must be viewed as “the old school.” The lack of speaking built intimacy between musician and audience through programming and performance instead.

His greeting came in the form of a piano sonata by Schubert, the A major from Op. 120. That eased the audience into the recital with a soft radiance matching the golden tones of the sunset. The Ukrainian-born, Australian resident is better known in Europe and Asia than the U.S., and certainly more for the herculean works of the Romantic and 20th century. But the reading of Schubert was a marvel, played with a gentle, glowing tone that transformed the concert grand into an early 19th-century piano. Phrasing was lithe, and themes were emphasized, not dominating. This is music that demands the listener come to it, in contrast to much of the rest of the program that launches from the instrument out to the ear.

I dwell on Schubert because Gavrylyuk’s interpretation showed the depth of a pianist in his prime, able to sing with keys as well as strike them, something he also displayed in Chopin’s Fantaisie in F minor and Nocturnes in D-flat major. In those, he teased out harmonies and comfortably danced with rubato.

This is not to say the grandiose works comprising the remainder of the recital have less artistry. But why deny the pure fun of Chopin’s Polonaise in A-flat major and Prokofiev’s Piano Sonata No. 3 in A minor? In Gavrylyuk’s hands, the virtuosic left-hand rigor of the Polonaise was well met, allowing him free rein to express the ebullience of this larger-than-life work.

The mercurial and angular Prokofiev found the pianist turning on a dime as he jumped from section to section, theme to theme in an almost episodic manner. It is fair to say that, although Gavrylyuk has mastered the works earlier in the program, he is truly at home in this Soviet-era repertory, including the Rachmaninoff etudes that followed. It is a fallacy to assign musicians’ seemingly innate connection to their nationality as natural, but surely, his formative years in the USSR are a major part of his capturing of this style wherein the gargantuan phrases and runs are served cool, controlled and sardonic. The main recital (which, like most classical concerts at Chautauqua, started much too late) concluded with the boisterous “Islamey” by Balakirev. And ended with a deep bow and broad smile in place of a verbal appreciation of the applause of his Chautauquan fans.

Much too much emphasis in classical music is placed upon prodigies. How young they started to study an instrument, how early in life they first took to the stage.