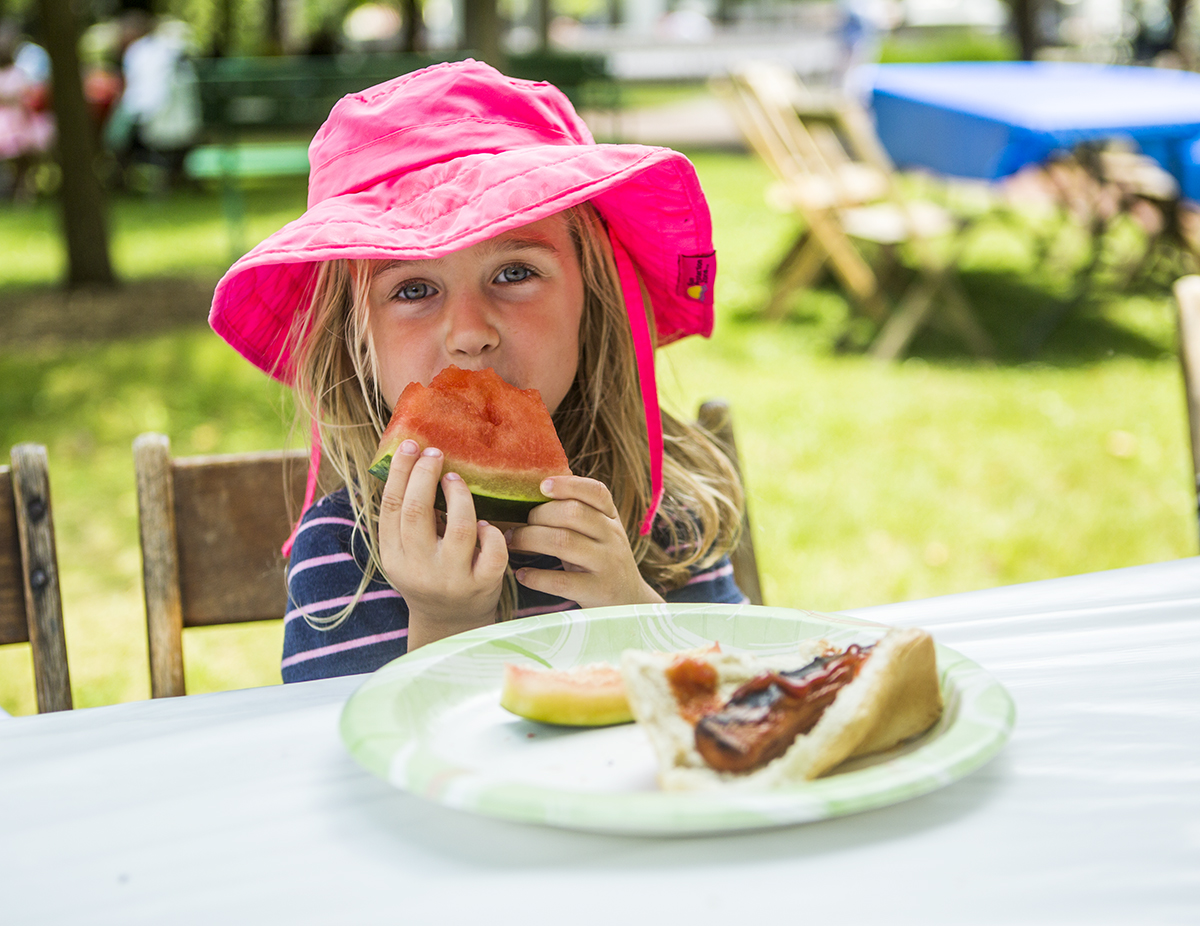 The Great American Picnic has become an iconic Chautauqua event — iconic enough that footage from it appears in the Chautauqua Promise Campaign video, which happens to be narrated by Ken Burns.

The event, hosted by the CLSC Alumni Association, will be from noon to 3 p.m. Sunday outside of the Literary Arts Center at Alumni Hall.

The picnic features numerous elements, including food, games and live music from Thursday Morning Brass. Picnickers purchase tickets that are used to participate in the Great American Picnic’s many events.

Attendees can expect traditional picnic fare on the menu: potato salad, baked beans, watermelon and hot dogs. Matthew Rogers, chairman of the Great American Picnic, said this year’s hot dogs were donated by Smith Provisions, which is the official hot dog of Heinz Field and the Pittsburgh Penguins.

There will also be baked goods for sale, Rogers said, which are prepared and donated by members of the Chautauqua community.

One change for this year’s event is the absence of the silent auction.

“We will, however, still have brand new children’s bikes for auction,” Rogers said. “The highest bidder will have their choice of either the girls’ or boys’ bike, which has been donated by the Jamestown Bike Shop.”

“A few years ago, we started a community outreach program in which we sponsor local high school students who are aspiring writers,” Rogers said. “We billet the students with families in Chautauqua and support the students in terms of gate passes and writing classes. We’ve received positive feedback from both the host families and the students. So while we have a great time at the picnic, it’s all for a good cause.”

Dick Karslake, president of the CLSC Alumni Association, said one of his favorite parts of the event is that it brings different members of the community to one location.

“It means a chance to get together,” Karslake said.

Much of the responsibility for planning and executing the event goes to the previous year’s CLSC graduating class, Karslake said, but volunteers from many different graduating classes find ways to stay involved.

“That’s really why we assign it to a class: to expose what goes on to them, so they can perhaps find a niche for themselves to carry on in the future — to participate and contribute in some small way to the operation,” Karslake said.

Rogers said the Great American Picnic “is about as Chautauqua as it gets — it’s the epitome of community.”

He said the fact that the event is hosted by a group within the Institution, is run by volunteers and brings together many different members of the community makes it one of Chautauqua’s great traditions.

“There’s a certain innocence to the event that causes me to step back every year and say to myself, ‘Only in Chautauqua,’ ” Rogers said.