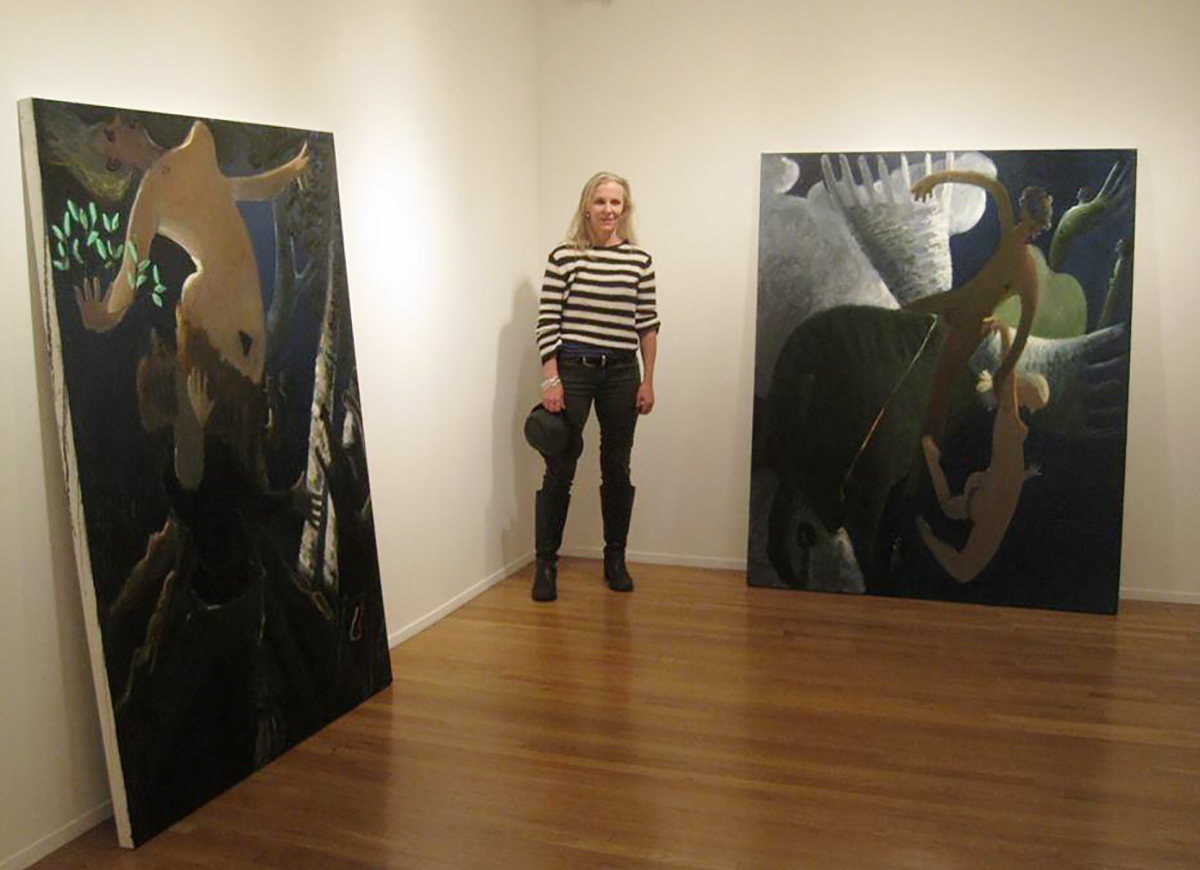 Whether it’s in her own paintings, the daily Facebook albums she posts or in her Visual Arts at Chautauqua Institution lecture Tuesday night, Kyle Staver strives to emphasize the importance of connectivity in art.

“If I have a soapbox, it’s that we’re all connected,” Staver said. “Rembrandt is as vital and as important [as] contemporary artists now. … We share the need to make and share the long history of making, because the reason we understand anything is because there’s a long tradition.”

Staver, who will be giving her second VACI lecture in two years at Chautauqua at 7 p.m. Tuesday in Hultquist Center, said she will again touch on how her process of creating art has changed so the viewer can relate to her work more. Instead of using a personal story as the starting point in her work, Staver said she begins with a myth or universal story and then personalizes it to her own life as a contemporary female painter.

Her attitude toward art has also changed over the years, Staver said. In the past she thought in order to have control of her work, she had to “destroy the spirit or adventure of painting,” but she has since adopted a different philosophy.

“When I was a younger painter, I felt like a bronc rider, and they’d open the chute and I’d try and stay on as long as I could. The animal was horrified, I was horrified,” Staver said. “[But] I had a revelation one day that I really wanted to be a dressage rider instead of a cowboy … the dressage rider being in control and in complete connection to the horse, i.e. the painting.”

One influence in Staver’s work is Pierre-Auguste Renoir and the way the painter always remained honest in his work, despite people’s criticism.

“He’s a tremendously courageous painter and as he developed, he painted exactly what he wanted to paint. … He created those women almost as if he were making love to them. It’s not a rendering of an intimate act — it is the act,” she said. “There’s a kind of reality to the paintings that makes me uncomfortable and it thrills me. … His insistence that his paintings satisfy and be a real act is very exciting.”

Another thing Staver has repeatedly highlighted is the need for artists to be connected and learn from one another. Staver posts daily Facebook albums of works by artists of different generations and cultures, and said it’s important for artists all over the world to join in conversations through social media.

“Some of these artists are artists painting in their basements on a farm in Idaho, and some of the artists [are] very well-respected, hot-career artists,” Staver said. “It’s this extraordinary thing that the artist in the basement in Idaho can talk to someone whose show is opening at a famous museum. … You have a voice, even if you don’t have the career you think you deserve.”

Staver said she is looking forward to returning to Chautauqua, especially because of the community’s respect for painting.

“It’s a magic place,” Staver said. “Any time someone says to me, ‘Painting is in trouble and no one’s going to paint because there are computers,’ I say, ‘Go and spend a week in Chautauqua. Painting is just fine.’ ”