The people featured in Larissa MacFarquhar’s Strangers Drowning: Grappling with Impossible Idealism, Drastic Choices, and the Overpowering Urge to Help seem decidedly ordinary in their circumstances.

It’s their decisions that seem unbelievable.

One couple adopts 20 children — in addition to their two biological children. Another couple founds a leprosy colony in India. One couple is concerned with giving away as much of their personal wealth as possible.

“These are not people who are conflicted in the ordinary ways,” MacFarquhar said. 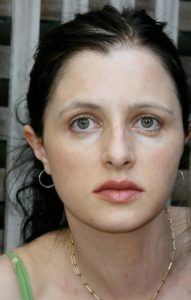 MacFarquhar’s Strangers Drowning is the Chautauqua Literary and Scientific Circle selection for Week Two. She’ll discuss her work at 3:30 p.m. today in the Hall of Philosophy for Week Two’s CLSC Roundtable.

In a season focused on what it means to be human, MacFarquhar believes the people she wrote about in her book have conflicts that “go to the very heart of the human condition.”

“Do we give to strangers, do we help strangers as we feel ethically obliged to do and want to do?” MacFarquhar said. “Or do we give to our own — our family, our own people? That’s the core conflict. And to me, that gets at the core of what it means to be human.”

MacFarquhar said she has always had an interest in “do-gooders” — the term she uses in the book — because she thinks the concept is enormously important. She’s explored the topic before in her work with The New Yorker, where she’s been a staff member since 1998. What drove her to write about it more extensively, however, was the sense of misapprehension she said people seemed to have about the type of people featured in her book.

“They think they must be irritating, or puritanical, or they must be impossible to live with, or they must be very judgmental,” MacFarquhar said. “I came to realize there is an enormous amount of suspicion and hostility toward people who I had thought were simply admirable.”

That complexity drew MacFarquhar deeper into her work. She said she strove to keep a neutral tone in writing the book, because it’s not meant to be a book of advocacy.

“I wanted it to be a book where the reader was compelled to confront and grapple with these questions in the same way that I did,” MacFarquhar said.

Part of the complicated reactions toward do-gooders could come from the term itself.

A quick Wikipedia search of “do-gooder” redirects to the entry for “busybody,” which groups the term with “meddler” and “marplot.” Merriam-Webster notes the term is often used negatively — the do-gooder’s need to help is “wrong, annoying, useless.” MacFarquhar admits in Strangers Drowning that the do-gooders she got to know over the course of her writing the book were at turns “strange, hopeful, tough, idealistic, demanding, life-threatening and relentless.”

The term is also associated with an unflattering literary archetype: Mrs. Grundy. According to the Encyclopedia Britannica, she originally appeared (albeit offscreen) in Thomas Morton’s Speed the Plough, and has come to embody the typical priggish busybody. She’s mentioned with disdain in works such as Little Women, Ulysses and The Idiot. In his essay “Candour in English Fiction,” Thomas Hardy railed against the concept of Grundyism.

So, one can see why a do-gooder might be met with derision.

Sherra Babcock, vice president and Emily and Richard Smucker Chair for Education, said she found MacFarquhar’s tacit decision to use the term controversial.

“That doesn’t necessarily have a good connotation,” Babcock said. 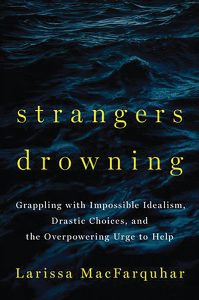 But what really drew her into the do-gooders MacFarquhar presents, Babcock said, was the judgment-free way she wrote about them. She said MacFarquhar’s intertwining of the philosophical aspects of giving across the stories fascinated her and created a level of objectivity.

MacFarquhar said she can understand the apprehensive attitude toward do-gooders, mostly because their way of life seems so different from the ordinary. There’s a sense of judgment, she said, that can often feel implicit.

“But I think there’s also a legitimate reason to be ambivalent about these people, because they do present a view of life that claims that we owe far more to strangers than we think, and that most people’s normal way of going about things — giving to their families and working and paying attention to their families and the people close to them — is not OK,” MacFarquhar said. “And that’s a very disturbing thing to think about.”

Those reactions motivated MacFarquhar to think more intensively about the stories of the do-gooders featured in Strangers Drowning. She said their choices and the consequences that follow “bore closer examination.”

“There is a lot of suspicion of extreme morality that’s not quite conscious,” MacFarquhar said. “It’s not as if there’s a faction in our society that’s against moral people. It’s not as obvious as that. It’s something more that goes without saying, that people believe sometimes without even knowing they believe it.”

MacFarquhar’s presentation is part of Week Two’s “Money and Power” programming. MacFarquhar said her book isn’t the most obvious fit for the week, because the people in her book don’t have a lot of money or power. However, she said they do have a different conception of power. It’s not political influence, but their “cultural capital” and “social wherewithal” that draws them to action. Babcock said the book’s tie to the week is meant to be a different angle into the questions of money and power and how they can be used to enact change.

Strangers Drowning was released in September 2015, meaning that MacFarquhar now has over nine months of distance from her work. She said the stories stick with her, though, particularly the couple that gives away as much of their income as they can. It makes her more conscious of her own consumption habits, she said.

“I do have their voices in my head when I think about buying something, every day,” MacFarquhar said. “I think it’s a very good reminder of how unnecessary many of our purchases are.”

Ultimately, MacFarquhar said she came away from the process of researching and writing the book with a renewed and more complicated admiration for do-gooders.

Many of the cases in Strangers Drowning feature people making hard decisions and tough sacrifices — actions that force them to weigh their personal currency against what they want to do for the world. MacFarquhar said she thought there must be something “fundamentally different” about do-gooders that allowed them to live “such self-sacrificing lives.”

To her surprise, she found there wasn’t some secret personality trait that sets do-gooders apart from the rest of the world. They simply use their means to impact change in their own way.

MacFarquhar said ultimately, people have more power than they think they do, and the do-gooders in her book demonstrate that.

“It’s possible to give much, much more than you ever thought was possible and still live a very happy life,” MacFarquhar said. “The thing is that even though the people in my book have given up what would seem to most of us to be an extraordinary amount, they are, for the most part, happy. And the reason is that they are so fulfilled. They’re living their lives in a way that draws on their own abilities, and that gives them a sense of purpose. They are doing what they believe they ought to do. And there aren’t that many people who believe that, right down to the core. That’s a huge source of happiness.”

That happiness — and the notion that ordinary people can create change in the world — is why MacFarquhar thinks the subjects of her book were so open to sharing their unconventional stories with her.

“I think anyone could do it,” MacFarquhar said. “I think one of the reasons these people agreed to speak with me and be in my book is that they wanted to show that. They wanted to show that you can live a happy life — a life filled with the things everyone wants — even while doing an extraordinary amount for other people.”