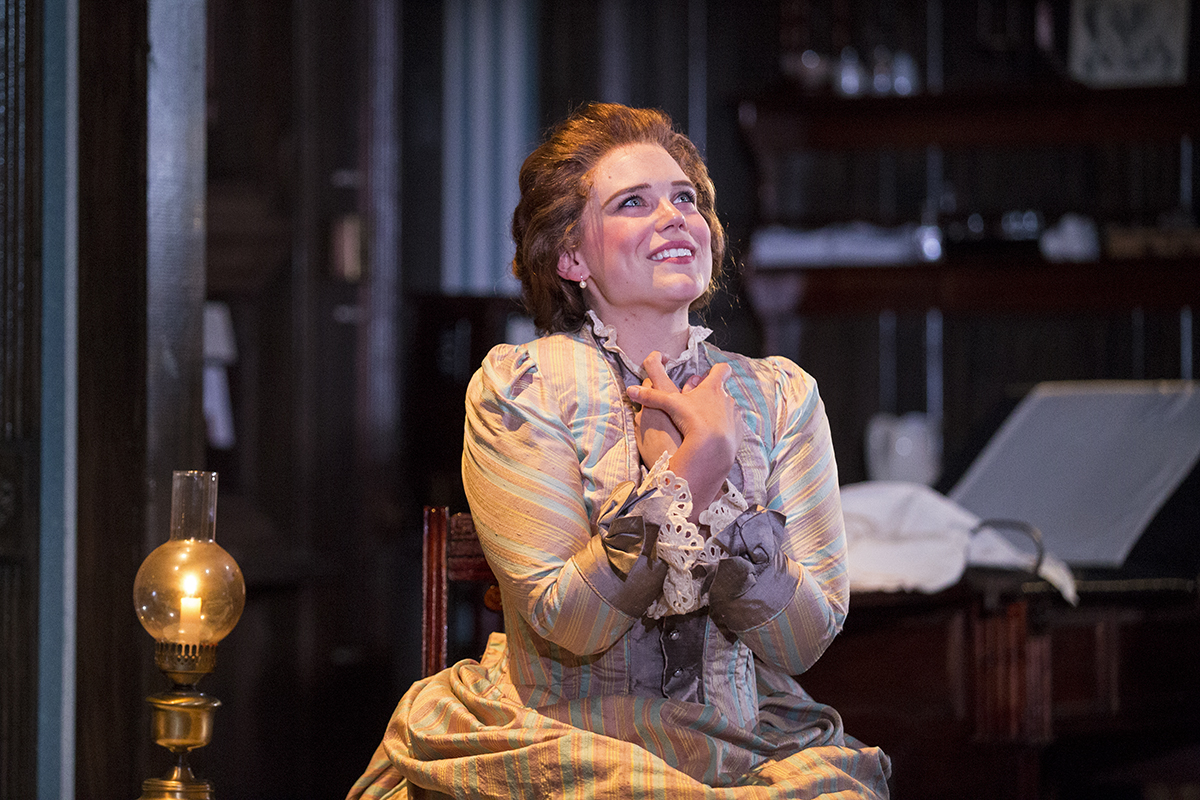 The play runs through Sunday at Bratton Theater, including a 4 p.m. performance Thursday.

It’s Metzger’s Chautauqua theatrical debut, but the Institution is in her blood.

For her entire life, her family has held yearly reunions on Independence Day in her grandparents’ home on the grounds. She recalled memories of riding her bike around and jumping in the lake.

She said Chautauqua is special for her because her family champions education. Almost half of her family members who visit Chautauqua are teachers.

In fact, her mother, Julie Metzger, is the founder of a company that provides sexual education to parents and children, something that helps make Room, which involves misunderstandings and speculation concerning bodies and sexuality, meaningful to Metzger.

She is originally from Seattle and recently graduated from Case Western Reserve University’s M.F.A acting program.

After graduation, she moved with her whole class to New York, where she is currently living and working with an agency.

“It’s kind of an exciting moment of unknowns,” she said.

Metzger plays Catherine Givings, the show’s leading woman and the wife of Dr. Givings, who performs the medical treatments in their home in the titular next room. Catherine is frustrated with the aloofness of her scientist husband and the lack of romance in their relationship.

“She is inherently curious as a human being and she’s seeking connection with everyone who comes through her space on the way to the operating theater,” Metzger said.

She said at her character’s core is a wish to experience love.

“I think it’s a play that has to be approached entirely without cynicism, which is difficult to do in this day and age,” she said.

“She’s very vulnerable and open to kind of the twists and turns of the journey that the character gets to go on,” she said.

She also described Metzger as very funny. For Metzger, she hopes she’ll carry her experiences at Chautauqua forward into her future work.

“When I experience this play, I experience the wonder of discovery and the beauty of curiosity and the importance of connection, and those are things I hope other people also take away,” she said.