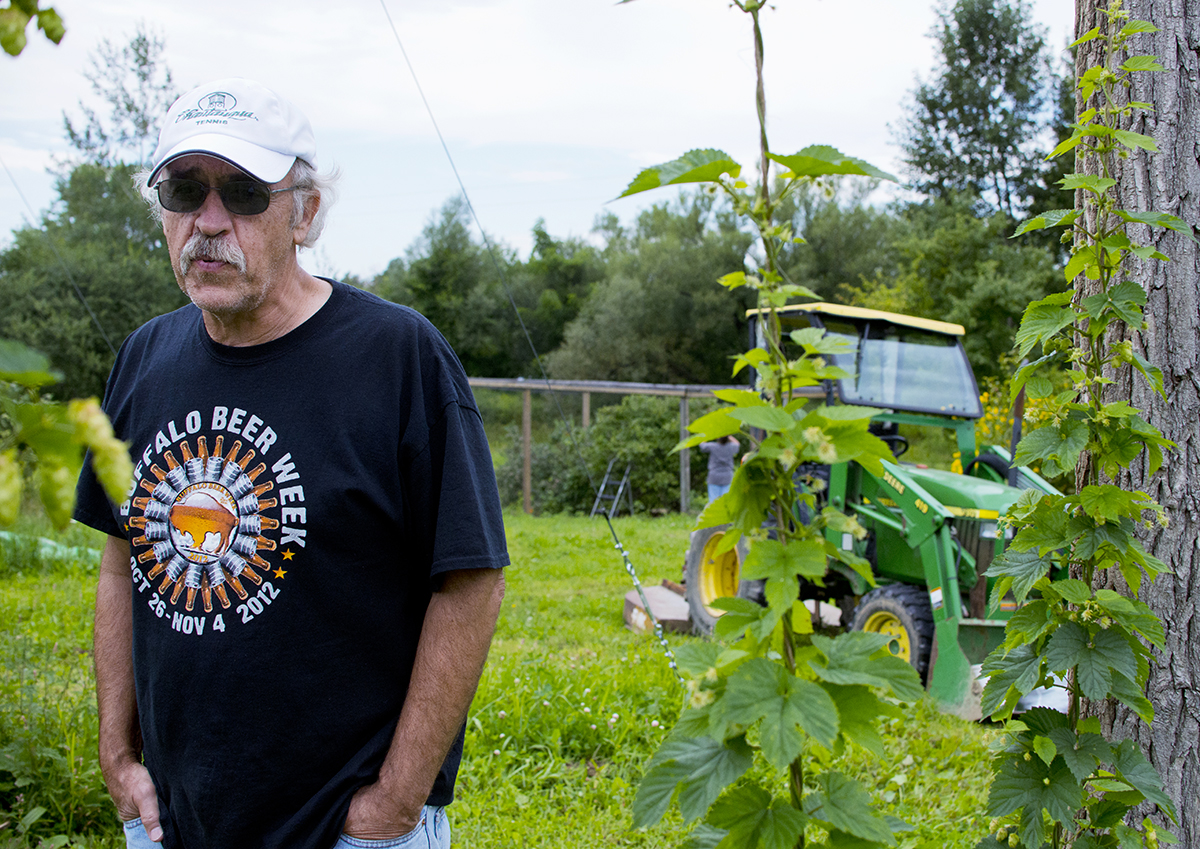 When ivy made its way through the foundation of John Voelker’s house, instead of trying to get rid of it like most people would, he let it grow for more than 10 years until it grew into an immense and trailing wreath.

This real-life event was the inspiration for the children’s book Grandpa John’s Ivy, written and self-published by John’s son, Jack Voelker, the former director of Recreation and Youth Services at Chautauqua Institution and former general manager of Chautauqua Golf Club. Voelker dedicated the book to his late father, who passed away about 25 years ago. Voelker will hold a book signing at noon today at the Chautauqua Bookstore, along with Jane E. Nelson, the book’s illustrator. Voelker also said while supplies last, he would offer an ivy plant to each person buying a book.

In the exaggerated story in the book, the ivy expands so much that it overtakes the entire house, forcing the family to dismantle and rebuild their house in order to save the ivy.

Voelker said he intended the book to be a family-friendly story that both young children and parents could enjoy. He also said there are about a dozen hints in the book related to Chautauqua that he hopes will be a bonus for readers in the community.

“Jane and I agreed that we would try to slip in more than a few little subtle references to Chautauqua in the book since both of us have a long history here,” Voelker said. “So the newspaper the ivy comes wrapped in is a Chautauquan Daily newspaper and a photograph hanging on the wall is the bell tower and on the bookshelf there’s a book about opera.” 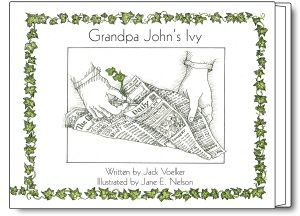 Although Voelker is working on a Christmas-time sequel to “Grandpa John’s Ivy,” he said his ultimate goal with the book was to create something his family could enjoy.

“It was really a family thing, I wanted to get it done for my kids, and [my wife] Diane and I have five grandchildren now,” Voelker said. “So it was important for me. This is a part of my family’s history, for them to know Grandpa John. Even though the story is fiction, Grandpa John certainly is not.”

Voelker said his father, who was extremely dedicated to his family, would approve of the book and want to share the book with his great-grandchildren, if he were here today.

“He came down here literally every Saturday, year-round through the winter, and even bought four-wheel- drive cars so he could make sure he could get here safely,” Voelker said. “And he would bring dinner as a bonus. … I think Dad would be really happy to read the book to his grandchildren or his great-grandchildren.”