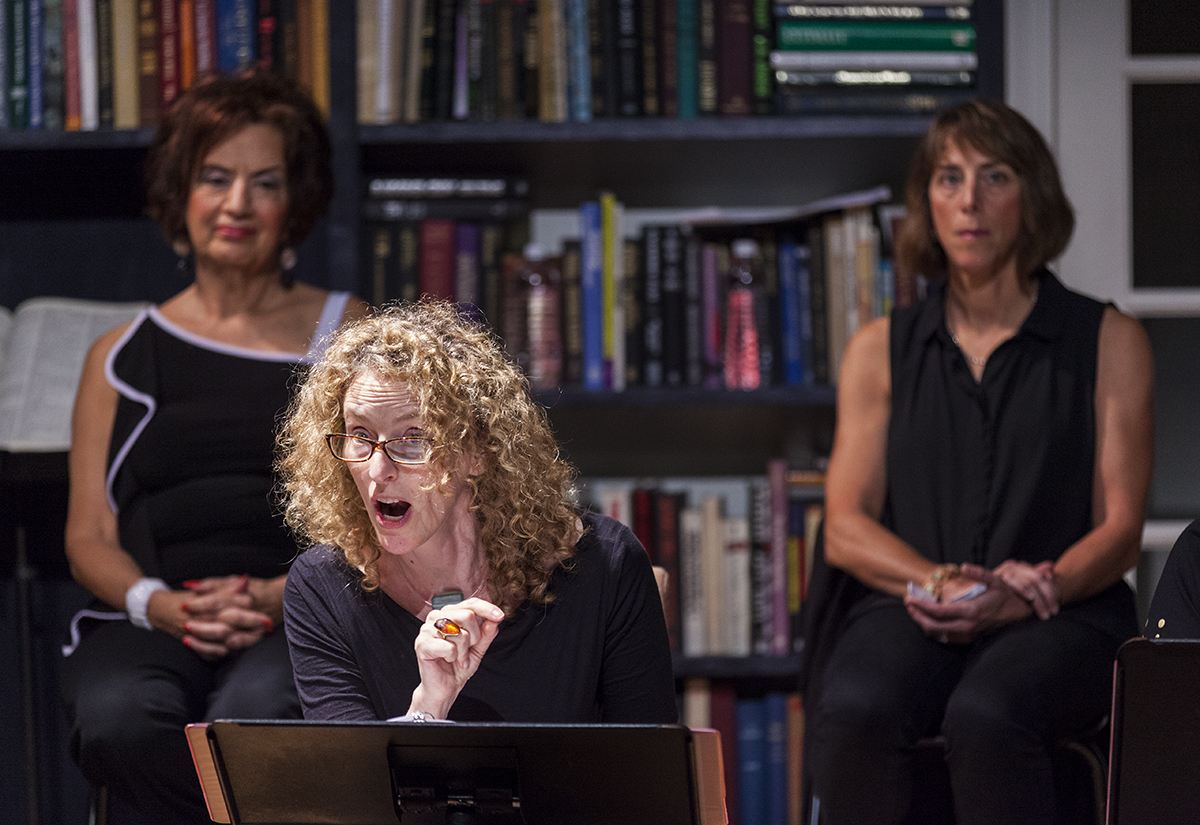 Vivienne Benesch is fighting for new work right up to the last moment.

The Chautauqua Theater Company co-artistic director, whose 12-season tenure in the role has included many new plays in both workshop and full production forms, is exiting this week to continue as producing artistic director at the PlayMakers Repertory Company, which is in residence at the University of North Carolina at Chapel Hill. She started the new job at the beginning of 2016

But before she leaves the role, she has a parting gift to Chautauqua: The Profane. Benesch directed the production, a new play by Zayd Dohrn commissioned by CTC and the Chautauqua Writers’ Center. Dohrn is also the writer behind past New Play Workshop productions Sick and Muckrakers. The show will be performed at 4 p.m. Thursday in Bratton Theater and will run through Sunday.

“One of my big passions has been new play development here and making sure that Chautauqua, steeped in all this tradition, is also playing a role in the development of brand new work that is speaking to issues that are relevant to our global community,” she said.

The Profane tells the story of a lapsed Muslim who struggles to adjust when his daughter becomes engaged to the son of a highly religious family.

Benesch thinks writing about Islam is a trend right now, and she knows there’s a good reason for that.

“Our understanding of Islam and the Muslim faith has been tipped so heavily by media coverage around terrorism, not around an understanding of the faith, the religion, the humanity,” she said.

She said Dohrn is avoiding stereotypes and expectations in his script, and he is well-suited for Chautauqua’s mission.

“[Dohrn] is one of the more engaging playwrights to be in a rehearsal room with, whether he’s there in person or it’s just his words,” she said.

She said Dorhn writes from “the inside of an outsider’s voice.”

Though Benesch said she feels many directors don’t like working with living playwrights, she welcomes it. For her, working on a new play places her in a minefield of clues to follow.

Benesch called it a family play, and she hopes that Chautauquans will be proud that the play was created here.

“For all the intellectualism, for all the politics … the play keeps revealing itself as being about love,” she said.