For an art show at Syracuse University in 2014, Errol Willett didn’t present mugs, teapots or cups as some artists would. Instead, the ceramist presented a different shape: shopping bags. 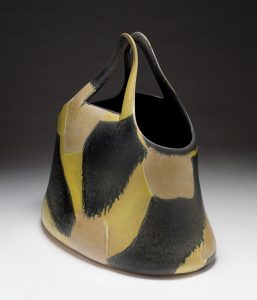 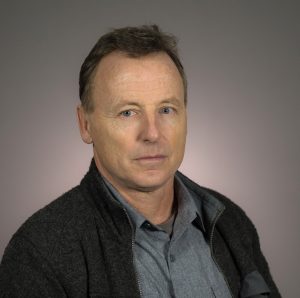 Willett, a professor and coordinator of the ceramics program at the university’s art school, will talk at 7 p.m. July 26 in Hultquist Center as part of the Visual Arts at Chautauqua Institution lecture series. He said ceramics is a field that has been around for tens of thousands of years, and artists have explored basically any and all forms already. To come up with shapes not borrowed from Greek pottery was a challenge, but Willett said the shopping bags were his modern answer and equivalent to the Chinese storage jar of antiquity.

“Shopping bags are interesting simply because the form is not borrowed from the history of ceramics,” Willett said. “Shopping bags are typically paper or plastic or fiber, and so that’s a formless thing that only really takes on form when you put something in it. … The form was as much about the space the form contains as it was about the material the form is made of.”

Although a lot of ceramic works can be repetitive, Willett said, digital fabrication is an area where artists are pushing the envelope in the field and creating forms no one has seen before. He said he is especially excited to see what younger ceramists come up with, especially his students at Syracuse.

One of his students used a CNC router, which can cut any shape out of any material, to create a travel trailer as a portable gallery for her ceramics. In contrast, Willett said he comes from a generation of people who prefer to get their hands messy and work directly with clay instead of using tools.

“Students are doing things that I’m not doing, they’re thinking in ways that I’m not thinking, they’re asking questions that are different from my questions,” Willett said. “So what they’re coming up with [makes it] just really fun to come to work because you don’t know what to expect.”

His role as a teacher is not one Willett takes lightly. Even though he said being a full-time professor cuts into his time as an artist, it is a fulfilling job that allows him to nurture young artists and help them establish careers in such a challenging field. His responsibilities at Syracuse include fundraising, building residency programs and sending students to places ranging from Montana to China to even Chautauqua.

“I get as much of a thrill out of seeing a student land an opportunity as I do from getting a piece out of a kiln or having a show,” Willett said. “Art is a hard career to launch for young people. My work with students goes way beyond the classroom or the studio and we’re always trying to find opportunities that help bridge students from academia into the real world.”

Another new trend Willett said he has seen recently is the emphasis art schools are putting on concept-based art rather than material-based work, which he will discuss in his lecture. In the past, schools focused on instruction of material history and techniques, and were weak on teaching how to develop ideas. But in trying to make up for that deficiency, the art world is now concentrating a lot on concept and perhaps not enough on techniques such as basket weaving that are now deemed “totally uncool.”

“I just wonder with the new change, what’s going to be gained, and what’s going to be lost? Part of teaching is the responsibility of passing knowledge along to another generation and so maybe some of that gets lost in the process,” Willett said. “And something else is gained, so these are things I think about, but I don’t think it’s a pejorative, like right and wrong. There’s just a sea change that I’m noticing and trying to figure out.”