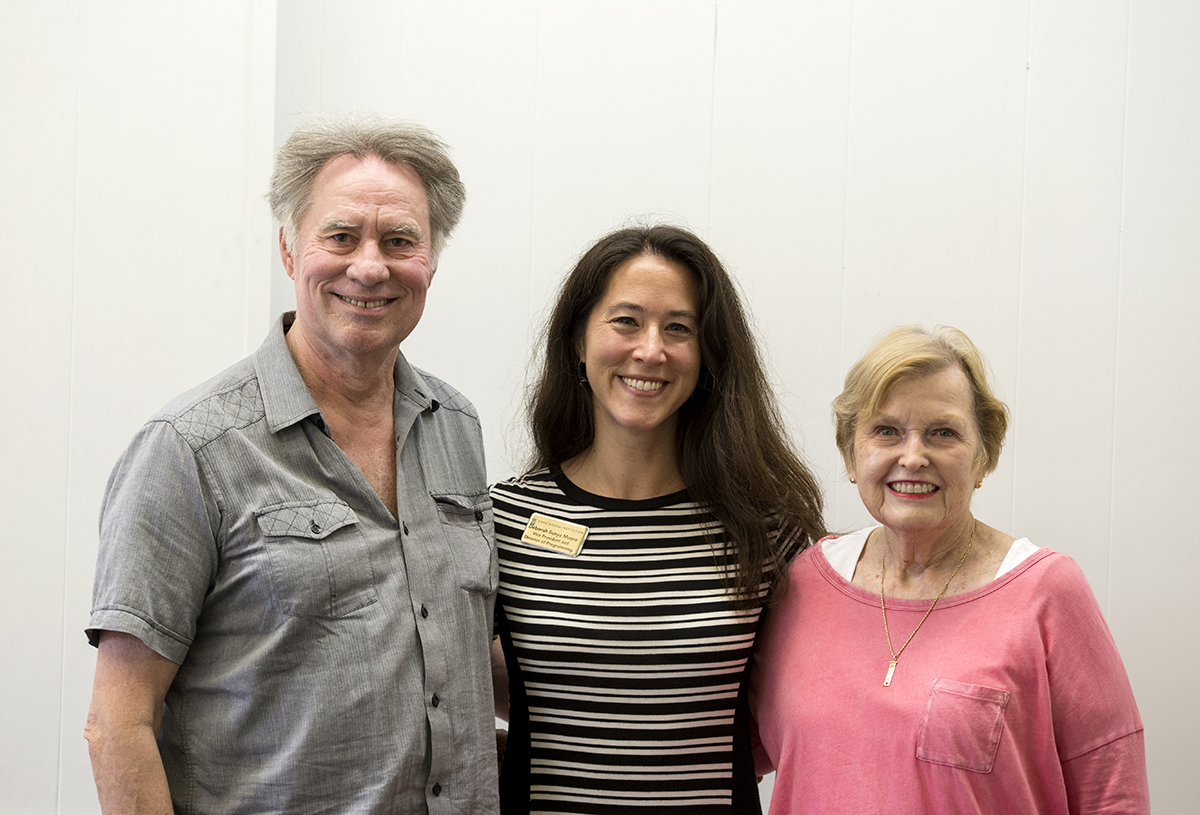 Although Jean-Pierre Bonnefoux is retiring as Charlotte Ballet’s artistic director and president after the 2017 Chautauqua season, that doesn’t mean an end to dance on the grounds.

Bonnefoux will still be here. So will the Charlotte Ballet in Residence. The calendar will just look a little different.

Moore said the Chautauqua School of Dance will still be under the leadership of Bonnefoux as artistic director and Patricia McBride as resident faculty member, following Bonnefoux’s transition after next season. Chautauqua will also be able to see and nurture the talents of Charlotte’s new artistic director, Hope Muir.

The 2017 calendar will include residencies of the Charlotte Ballet (Weeks One through Four), Ailey II of the Alvin Ailey American Dance Theater (Week One) and a visiting company (Week Nine). The Charlotte Ballet’s work will still be under the direction of Bonnefoux throughout his contract that extends through the summer, but Muir will have a presence.

“[With this plan,] Hope’s vision can emerge, they can keep all of our strong relationships here, yet it also leaves dance at Chautauqua room to broaden and diversify how we present dance,” Moore said. “We really want the best of both worlds.”

According to Charlotte Ballet’s news release, Muir is currently the assistant artistic director of the Scottish Ballet. She was a founding member of the Peter Schaufuss’ London Festival Ballet School (now the English National Ballet). After her dance career, she has worked around the globe, including places such as Pacific Northwest Ballet and the National Ballet of Canada.

“Jean-Pierre Bonnefoux and Patricia McBride have built a family of artists, produced exciting and varied work and grown a loyal audience,” Muir said in that release. “I relish the opportunity to build on the company’s tradition of excellence and lead it forward for the next generation.”

Moore said crowd favorites will still be in the program, such as the Dance Salon, a collaberation with the Chautauqua Symphony Orchestra and Dance Innovations. Those performances will take place on July 6, July 11 and July 19, respectively.

There also will be a collaboration between dance and the CSO during Week Seven, although details are pending, and an alumni edition of the annual Evening of Pas de Deux in Week Six with former Chautauqua dancers.

Moore has also worked with the Chautauqua Dance Circle, an affinity group that raises scholarship money and provides educational outreach. Karen Dakin, CDC president, said she’s excited about the opportunity to work more closely with Moore and her department.

Programming with Ailey II, Moore said, will include residency events such as a meet-and-greet and open rehearsal. Dakin said she hopes to see programs such as the CDC’s pre-performance lectures expanded to include the visiting dance residencies.

Bonnefoux said that opportunity will allow the students to experience new and different styles.

“I really like the idea of having different companies because for the school, it’s really wonderful to be new people that … bring their expertise and do master classes and bring a different way of looking at dance for our students,” Bonnefoux said. “That’s what they need. They need to have more influence to be open to different styles.”

The future beyond next season is not pinned down, but Moore said she wants to continue to cultivate and hold tight to relationships Chautauqua has held.

“With the new Amphitheater, there is going to be a stage that allows for a powerful presence of dance in a very different way,” Moore said. “They will have more space. The stage is bigger, and that is one of the reasons for looking for a company like Alvin Ailey, which is a modern company that uses space. It’s a powerful company, an exciting company and we think it offers a really wonderful contrast to the work of Charlotte Ballet.”