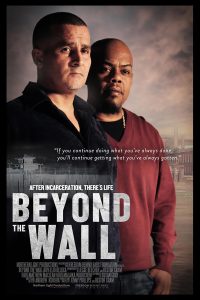 At 2:30 p.m. August 12 at Chautauqua Cinema, filmmaker and lifelong Chautauquan Bestor Cram will present his most recent project with co-director and producer Jenny Phillips, “Beyond the Wall.” The documentary heavily features Cabrera’s work, while following several former inmates, or “returning citizens,” as they re-enter society post-incarceration.

“The film ends up being a recognition of an enormous resource that is being overlooked, which is finding a way to provide support of former prisoners, who can guide newly released inmates through the process of re-entry and becoming a contributing member of society,” Cram said.

In addition to providing free haircuts and a welcoming environment to newly released inmates (and everyday customers), Cabrera operates a drop-in addiction and re-entry resource room in the back of the barbershop called the Reclamation Center. The center, which he runs with his son William Cabrera Jr. and manager Luis Resto, offers services such as mentorship, detox directories, Alcoholics Anonymous and Narcotics Anonymous meeting lists, a food pantry, job search assistance and access to telephone and internet services.

Cram said his goal is to promote the responsibility of society to help newly released inmates reintegrate successfully. When they leave prison, many struggle with drug problems, poverty, lack of education and low self-esteem, but one of the most painful legacies of imprisonment is lost parenthood.

“Prison has taught them how to live in prison. It has nothing to do with how to be the parent that they need to try to be, and we as a society haven’t actually made it easy for them,” Cram said. “[You get out of prison] and you’ve now got a strike against you, which makes it harder to be a wage earner, harder to pay rent, harder to do the basic things that we expect of all of ourselves, which is to care for kids well.”

Cram said the purpose of his documentary work is to provoke discussion to help others find solutions through dialogue. He described it as a bit like going to church or to a synagogue.

“I like to think that films are shown in their own little sanctuaries,” he said. “We as filmmakers are preachers; we finish our sermons, hoping the popcorn eaters will have taken a little nugget of truth.”