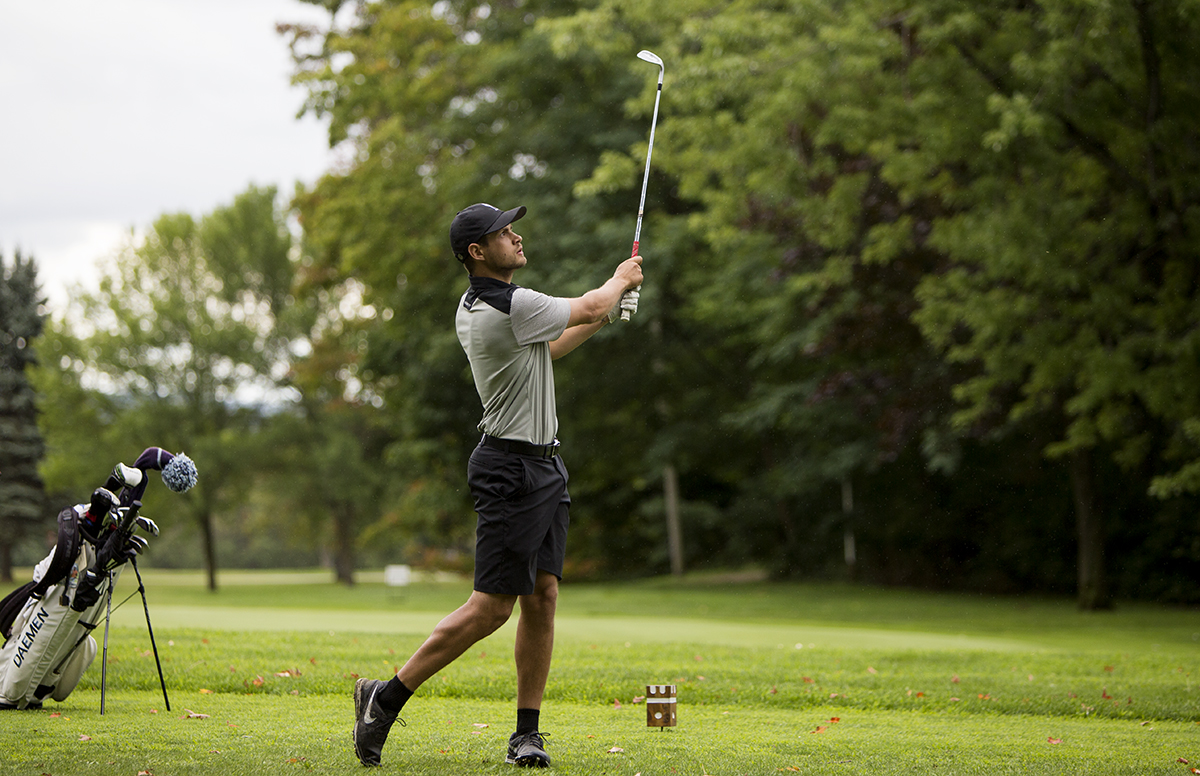 With the 2016 season winding down, Chautauqua Golf Club still needed to crown a champion. They took take care of that in the season’s penultimate tournament at the Men’s and Women’s Club Championship over the weekend.

Jake Yartz finished first in the Championship Flight with a two-day score of 141, while Jason Anderson won A-Flight, Scott Kelemen won B-Flight, Gregg Drzewiecki won C-Flight and Dan Colwell won D-Flight. Colleen Reeve topped the ladies’ group with a score of 160, including a final round low of 79.

Yartz and Reeve earned the title of club champions for the 2016 season.

“It’s not necessarily the biggest tournament, because there’s only 40 people, but it is crowning our club champion,” said Troy Moss, head golf professional. “It’s crowning the best player in our club, so it’s kind of prestigious.”

Golfers played all 36 holes on Chautauqua Golf Club’s sprawling course, starting with the newer Hill Course on Saturday and the Lake Course on Sunday. Teeing off in groups of three, the leaders came down the stretch last on the tournament’s final day, which only added to the drama.

“Everybody in those last two groups are really good players,” Moss said.

Yartz shot an impressive 69 on Saturday to help secure his group’s tee time on Sunday and positioned him to bring home the club championship. His 72-shot performance on the tournament’s final day wasn’t the best in the field, but it was enough to claim first place by two strokes over Jones, who finished second in the championship flight. Jones posted Sunday’s low score with a sparkling 70 on the difficult Lake Course.

McCauley was looking to defend his title after winning the club championship last summer, though he came into the final day of the tournament needing to make up ground. He would finish in fifth place in the championship flight.

With the tee box on the sixth hole just a few yards from the green on the fifth hole, each group of competitors could hear cheering from the golfers just behind them in the standings as they teed off. Moss said there were other holes that gave players trouble on the weekend.

The final individuals tournament of the season at Chautauqua Golf Club will take place next weekend, with the Munger Memorial/Member Appreciation event scheduled for next weekend and a 1 p.m. shotgun start. Prizes will be awarded in this members-only tournament, with men’s, women’s and net divisions competing.