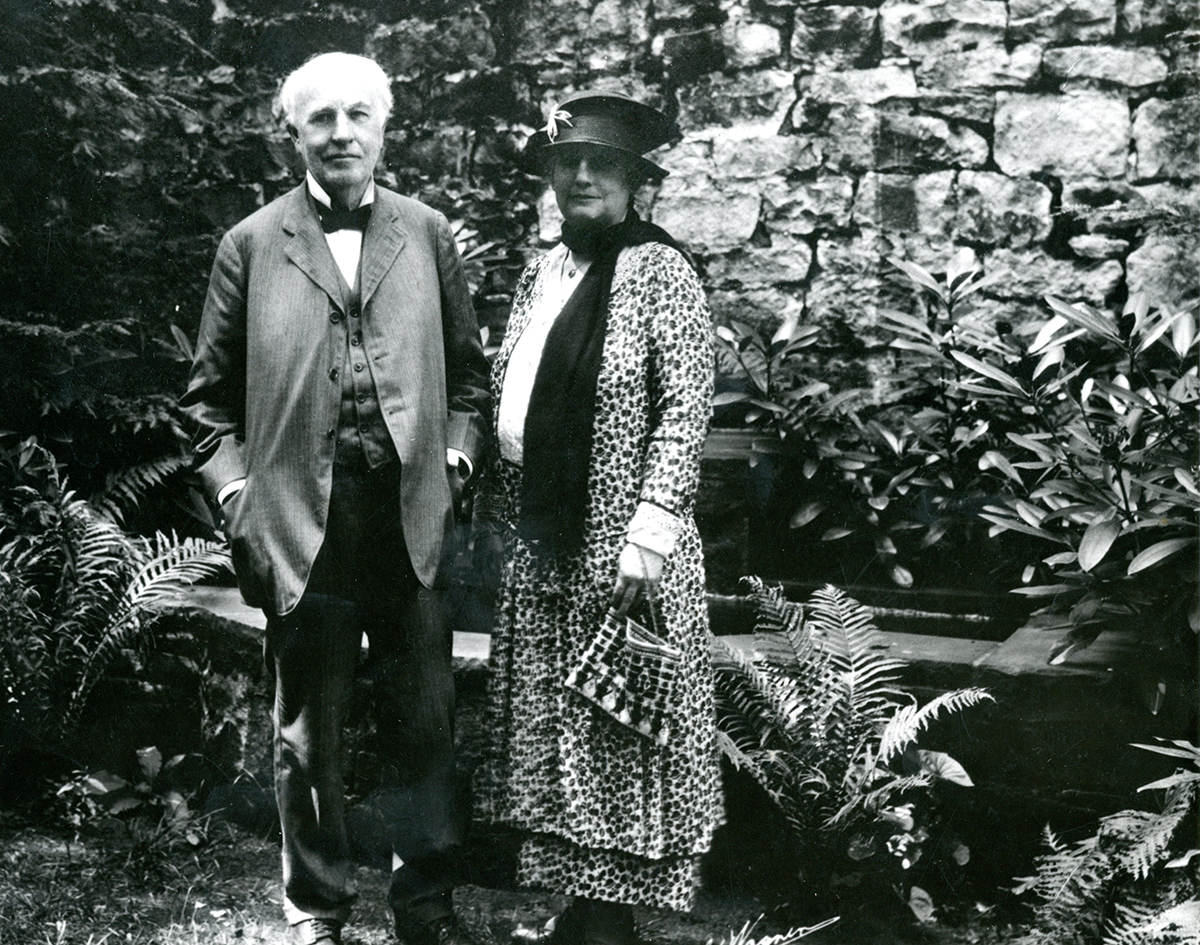 Thomas Alva Edison was 38 and Mina Miller was 20 when they met in 1885 at the home of mutual friends in Boston.

Edison was rich and famous. The most important inventor in American history, he would go on to register a record 1,093 patents in fields ranging from electric light and power to motion pictures and sound recording. He was the last of seven children born to small-town, lower-middle-class parents, and had virtually no formal education as a child. A bona fide genius and quintessential self-made man, he was recently widowed with three children.

Miller was wealthy, educated and cultured. One of 11 children, she was the daughter of Lewis Miller, a successful industrialist and philanthropist from Akron, Ohio, who along with the Methodist bishop John Heyl Vincent founded Chautauqua Institution in 1874. Beautiful and musically talented, she was attending finishing school in Boston after graduating at the top of her high school class in Akron.

Their mutual friends were Lillian and Ezra Gilliland. Ezra was the inventor of the telephone switchboard and a business associate of Edison’s. Lillian was a friend of Miller’s friend Louise Igoe, who later founded the Chautauqua Bird and Tree Club.

“It was almost preordained that they would meet, if not fall in love,” said Thomas E. Jeffrey, the senior editor of The Thomas A. Edison Papers at Rutgers University, who will speak about “Thomas Edison, the Miller Family and Chautauqua” Tuesday at 3:30 p.m. in the Hall of Christ as part of the Oliver Archives Heritage Lecture series.

But they did fall in love.

Edison was “staggered,” he said, by the “striking brunette from Ohio.” Miller found herself more attracted to the older man than to her contemporary suitor, George Vincent, the son of Bishop Vincent. When Edison learned that Miller would be staying the summer at Chautauqua, he arranged to spend time there to woo her and meet her family.

Edison’s hearing was badly compromised by this time, and the couple had little opportunity to talk privately in the busy Miller Cottage, one of the first buildings at Chautauqua that still stands, a National Historic Landmark, on the southwest side of Whitfield at the corner of Vincent.

So he taught her to send and receive Morse code. That summer, he used it to ask her to marry him.

“It’s absolutely true,” Jeffrey said. “He tapped it out on her hand, and she tapped back ‘Yes.’ ”

“I trust you will not accuse me of egotism when I say that my life and history and standing are so well known as to call for no statement concerning myself,” Edison wrote to Lewis Miller. “My reputation is so far made that I recognize I must be judged by it for good or ill. I need only add in conclusion that the step I have taken in asking your daughter to intrust her happiness into my keeping has been the result of mature deliberation, and with the full appreciation of the responsibility and the duty I have undertaken to fulfill. I do not deny that your answer will seriously affect my happiness, and I trust my suit will meet with your approval.”

It did. Edison and Miller were married at the Millers’ Akron estate. They were together for 45 years, until his death in 1931.

Edison’s children by his first wife, Mary Stilwell, had a difficult time adjusting to their stepmother. The eldest child, Marion, was only eight years younger than Miller, and deeply resented her because Marion had been her father’s constant companion after her mother’s death, Jeffrey said. Marion was soon shipped off to boarding school and later visited Europe, where she met and married a German Army officer. Marion, who had lived in Germany for 20 years, supported the German cause during World War I, Jeffrey said, even as Mina Miller’s brother William fought with the American Expeditionary Force.

The other children, Thomas Jr. and William, kept Miller busy as a self-described “home executive,” raising them in the family estate Glenmont in West Orange, New Jersey, near Edison’s laboratories, and at their winter home in Fort Myers, Florida, and summer home, the Miller Cottage, at Chautauqua.

The Edisons also had three children of their own: Madeleine, Charles and Theodore. Madeleine went to Bryn Mawr College and ran unsuccessfully for Congress. Charles and Theodore both attended the Massachusetts Institute of Technology, with Theodore becoming a physicist and an inventor in own right and Charles becoming secretary of the Navy and later governor of New Jersey. 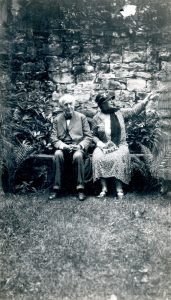 Mina and the children spent each summer at Chautauqua, and were all active in the community, as were Mina’s many brothers and sisters. Edison visited the Institution from time to time, but without the enthusiasm or frequency of his family.

“He wasn’t a big fan of Chautauqua,” Jeffrey said. “If there was a big event, he was there, but otherwise, he wasn’t. It really wasn’t his thing. It was Mina’s thing.”

After Edison’s death at 84 in 1931, Mina Edison devoted much more time to Chautauqua, as president of the Bird and Tree Club and as a longtime member of the Institution’s board of directors. Over the years, she also championed healthful habits and physical and cultural programs for children and was a major contributor to the National Recreation and Park Association.

At age 70, in 1936, she married Edward Everett Hughes, a retired steel manufacturer and childhood friend whose family had a home at Chautauqua almost next door to the Miller Cottage. Hughes died four years later. And Mina again adopted the name Mrs. Thomas A. Edison. In 1946, she help found and became honorary chairwoman of the Thomas Alva Edison Foundation, an organization formed “for the advancement of education and scientific research.”

The following year, Mina Miller Edison died at age 82. She was buried alongside Edison in a cemetery in Orange, New Jersey, before they were both disinterred and reburied together at Glenmont, their New Jersey estate, which is now part of the Thomas Edison National Historical Park.