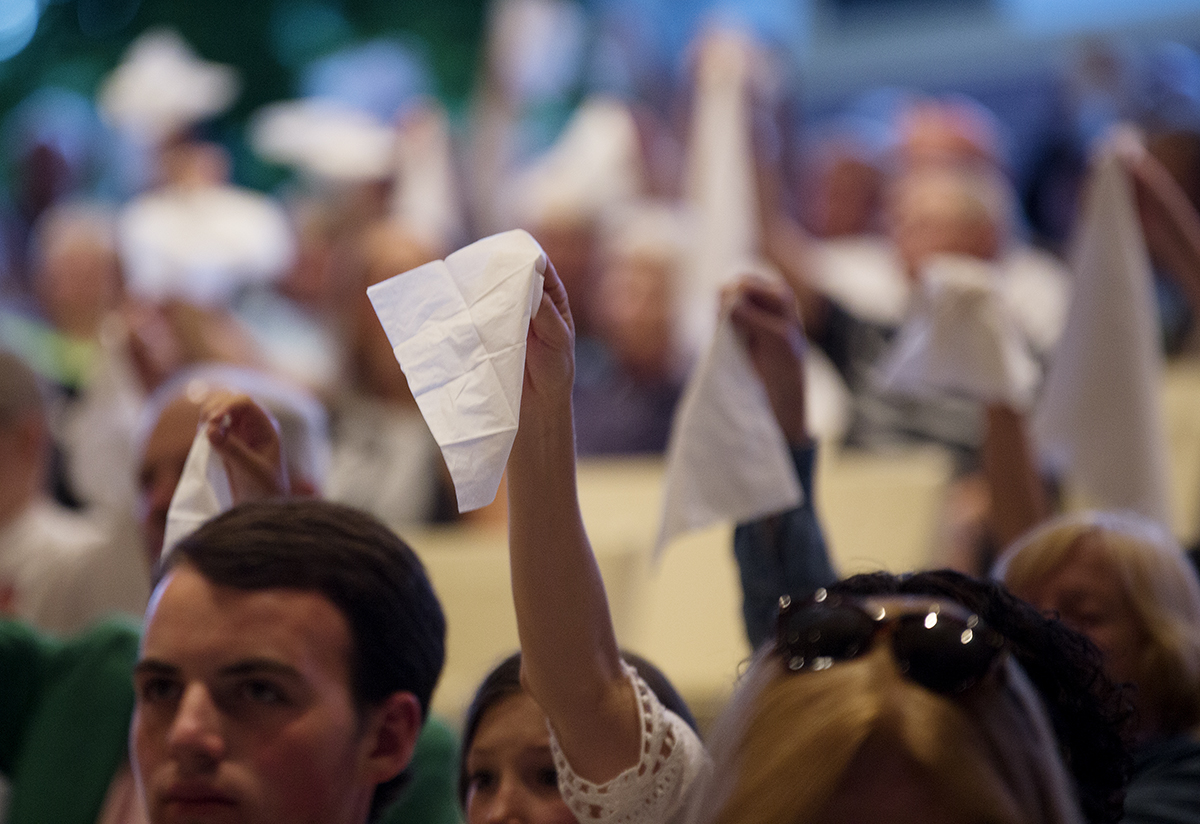 In the inevitable course of time, the new becomes the old, and the old becomes nostalgic.

The word “nostalgia” is an alchemy of the Greek word nóstos, meaning “to go home,” and the Homeric word álgos, meaning “pain” or “ache.” Combined, it literally means “the painful longing to go home.”

And at 7:30 p.m. Tuesday, the Institution will be invoking that pain and pleasure of both the old and the new as Chautauqua returns to its roots and celebrates its 142nd birthday.

As a lifelong Chautauquan of 61 years, Bijou Clinger Miller, who officiates the segment “Postcards from Chautauqua,” shares in the sentiment.

“There is a lot of nostalgia about it, because it will be the last Old First Night in this [Amphitheater],” she said.

In his 27th year as master of ceremonies, Dick Karslake will welcome the night of traditions, first with a performance of “The Star-Spangled Banner” on the Massey Memorial Organ by Jared Jacobsen, organist and coordinator of worship and sacred music, followed by Vespers from the Rev. Robert M. Franklin, director of the Department of Religion.

After that comes the three-fold roll call. Everyone starts by standing, then gradually sits during the friendly competition as all of Chautauqua discovers people’s home states, years they’ve attended Chautauqua and the number of generations they’ve continued to return to the Institution.

“There’s always one or two people standing there who’ve been coming their entire lives, something like 90 years,” Miller said. “It’s really amazing.”

Old First Night will also feature the Community Gift to the Chautauqua Foundation, winning performances from Boys’ and Girls’ Club’s annual Air Band contest and the ever-popular “Postcards from Chautauqua.”

Miller, who keeps relics and ephemera of Chautauqua, started by collecting postcards back in high school. With more than a 1,000 postcards to date, she’s expanded her collection to books, programs, old felt banners and the like, all pertaining relevance to the Institution and the Chautauqua Lake area.

Most of the content in the postcards, Miller said, revolve around the same general subjects. They mention: the weather, the food, the quality of the morning sermon, the lecture the day prior and other usual happenings of the Institution.

Sometimes, they include a little more.

“I have cards where people say, ‘I saw Amelia Earhart today,’ or, ‘I saw President Roosevelt,’ ” Miller said.

For Miller, the vintage memorabilia and antiquated letters act as her own intimate method of time travel.

One of the popular traditions of the night is the Drooping of the Lilies, led by the chairman of the board of trustees, James A. Pardo Jr. Those attending the event are encouraged to bring a handkerchief to raise in the air at the appointed time. As the bell tolls, people slowly lower their lilies, a symbolic salute in memory of those who preceded them.

Invigorated by the notions of solidarity, community and the coalescing of all Chautauqua’s different factions, Miller trains her eyes on this optimal version of Chautauqua.

“Just the magnitude of all the years, all the summers this place has existed,” Miller said. “There’ve been tough times, tough financial times, through wars. I mean, right now is sort of a scary time. But it’s nice to know that those traditions hold. It’s just a wonderful evening where we all just acknowledge how much we love Chautauqua.”