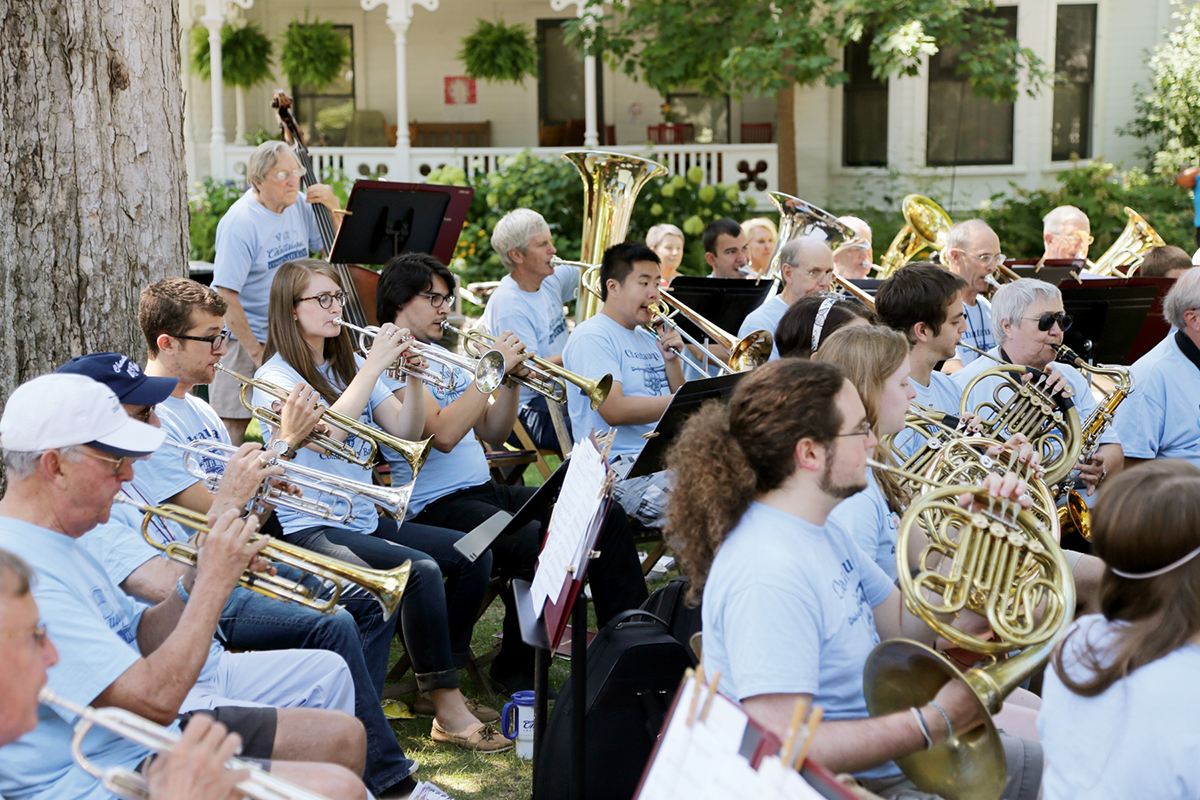 The scene on Bestor Plaza during the Old First Night Chautauqua Community Band concert looks like it comes straight out of a Norman Rockwell painting, according to Georgia Court, a flute player in the ensemble since 2003.

The concert, which will take place at 12:15 p.m. Tuesday on Bestor Plaza, will add to the festivities planned for Old First Night, Chautauqua Institution’s birthday.

While the Community Band’s Fourth of July concert focuses on patriotic pieces, the Old First Night concert gives the ensemble a chance try out a more diverse program, Weintraub said.

As tradition promises, the Community Band will also play “Happy Birthday” to Chautauqua Institution and the “Boys’ and Girls’ Club Song.”

Not many children from Boys’ and Girls’ Club attend the concert, because they are just getting out of Club for the day, Weintraub said. However, he said many of the adults in the audience were members of Club when they were younger, so they still know all the words to sing along.

Martha Reitman, who plays “flute, piccolo and importantly, kazoo,” said the concert serves as a coming together in two ways.

“It is a coming together of this group of musicians, both amateurs and a lot of professionals. We play together, and it is just an amazing experience intrinsically,” Reitman said. “And then we come on to the public setting, and then it becomes all Chautauquans. We are no longer playing for ourselves. Now we are playing as part of Chautauqua.”

Reitman, a 38-year Chautauquan, said the most exciting part of this year’s concert will be the chance to sit next to a 10-year-old girl, who will be playing in the band for her first time.

The Community Band concert plays an important role in this celebration because it emphasizes the identity of Chautauqua as a community made up of people who are interested in the arts, Court said.

The ability for all Chautauquans to both consume arts and participate in them, according to Court, makes up an essential part of what this place is.

“That is Chautauqua’s mission of lifelong learning and exploring ideas and arts,” Court said. “The Community Band plays into that in a very important way.”