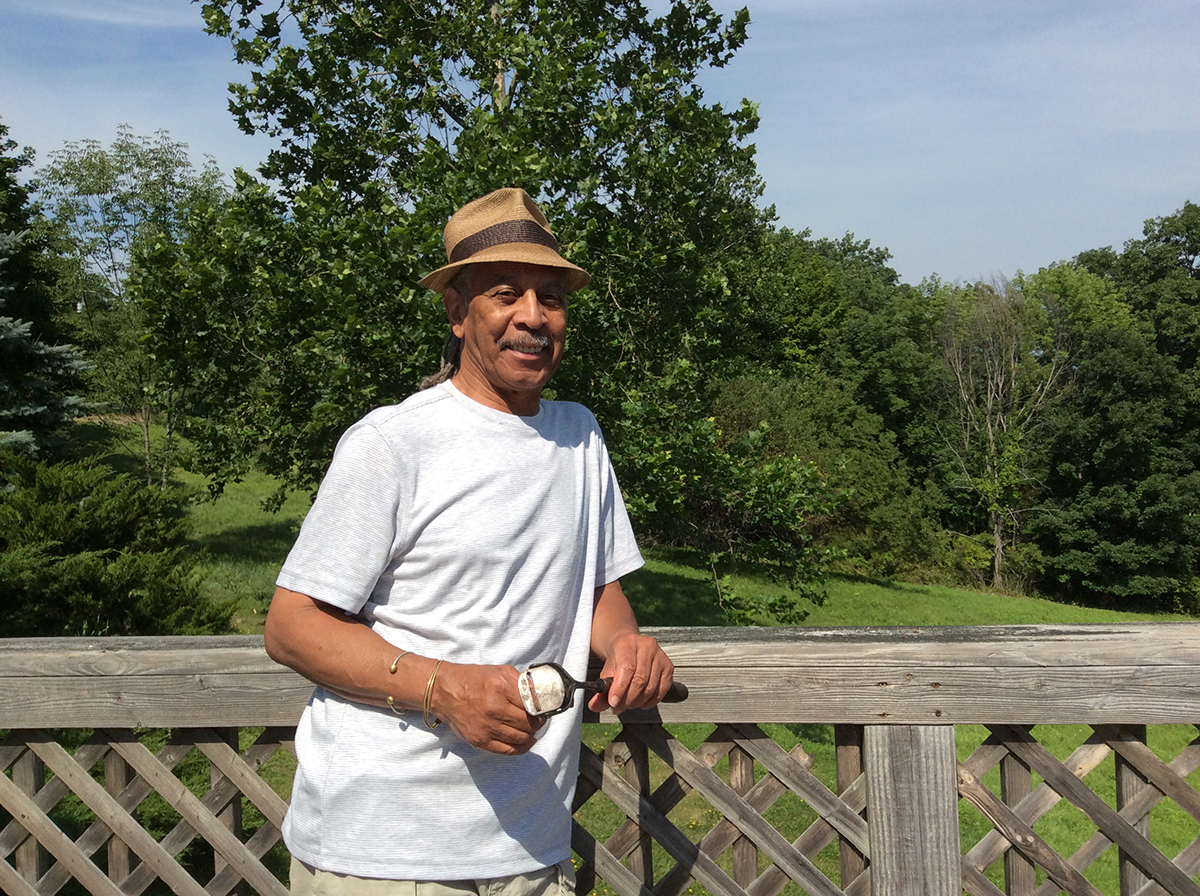 As a child of the South, sculptor Tyrone Mitchell has been around storytelling his whole life. His mother would spin colorful, embellished tales about confrontations with woodland creatures and walking snakes, and when he was young, Mitchell used to put disparate objects together to form creatures such as the ones he heard about in those stories.

Mitchell, who will be giving a talk 7 p.m. Tuesday at Hultquist Center as part of the Visual Arts at Chautauqua Institution lecture series, is now an art professor at Queens College in New York City. He said although these early references to color and nature influenced how he approaches art, it wasn’t until high school that he began thinking about art “with a capital A.”

It was when he moved to Atlantic City, New Jersey, that he was surrounded by a cultural enclave where people appreciated artistic pursuits like jazz and painting, Mitchell said. He went on to study at the Art Students League of New York, where he first studied drawing but would later serendipitously be drawn to a different medium.

“One day I kind of stumbled upon the sculpture section which was in the basement of the building on 57th Street and I saw these people with hammers and chisels and headbands,” Mitchell said. “I saw myself immediately transferring from the goal of becoming a painter, because it was something about standing in front of an easel and doing that that just didn’t quite make it for me.”

New York in the ’60s was an “open art-supply store,” Mitchell said, and he and others would go to demolition sites to collect marble to bring back to studio. Then, he would directly carve into the stone and let the image and shape of the stone facilitate the final creation. Eventually, Mitchell transitioned to wood, which is the material he uses the most now. 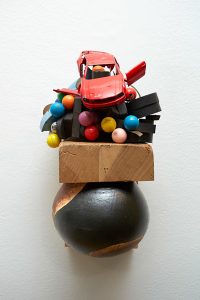 In his sculptures, Mitchell has also worked with unconventional materials such as a flashlight, a toy car and magnets. However, there is not necessarily a clear-cut reason for his use of certain found objects, Mitchell said, but rather it is based on an intuitive feeling.

He likes to use a Walt Whitman quote to describe this relationship, which says objects in the world form a language that has since been dismembered. To recall that language, people must put things together in different configurations.

Oftentimes, Mitchell said, he explores cultural and political issues in his sculptures, and in two of his recent pieces, he refers to ideas such as consumer culture or jazz artist John Coltrane’s exploration of different cultural strains in his music.

Although he’s been called a modernist, Mitchell said he’s finding himself re-examining that period and considering what else existed then that he didn’t think about before.

“I was giving my sculpture class a lecture … I was talking about all these European artists,” Mitchell said. “[A student] said, ‘Excuse me, professor, where are all the black artists?’ That actually floored me. … And I said, ‘You know, that’s a very good question.’ ”

However, Mitchell said he is excited to see many younger, contemporary artists trying to view art in a more inclusive, global perspective, especially African-American artists who are focusing on different cultural issues.

One of his first teachers, Mitchell said, was a Spanish artist who suggested that he look outside a Western framework for artistic inspiration. Later on, Mitchell traveled to West Africa and began learning about and appreciating art made there that he previously didn’t fully understand. In fact, he said, many famous Western artists such as Claude Monet or Pablo Picasso couldn’t have made some of their works without having been exposed to global influences such as Japanese printmaking or African art.

In an indirect way, as well, there are even Zen influences in Mitchell’s approach to his art. Even though he doesn’t practice religion or meditation directly, an encounter with monks helped him see that his work is actually “a form of prayer.”

“All artists have a certain reverence for what comes through us which we can’t really force or even anticipate,” Mitchell said. “I relate somewhat to what it means to get into the zone of meditation and have that focus where you know something is passing through you that otherwise would not enter.”