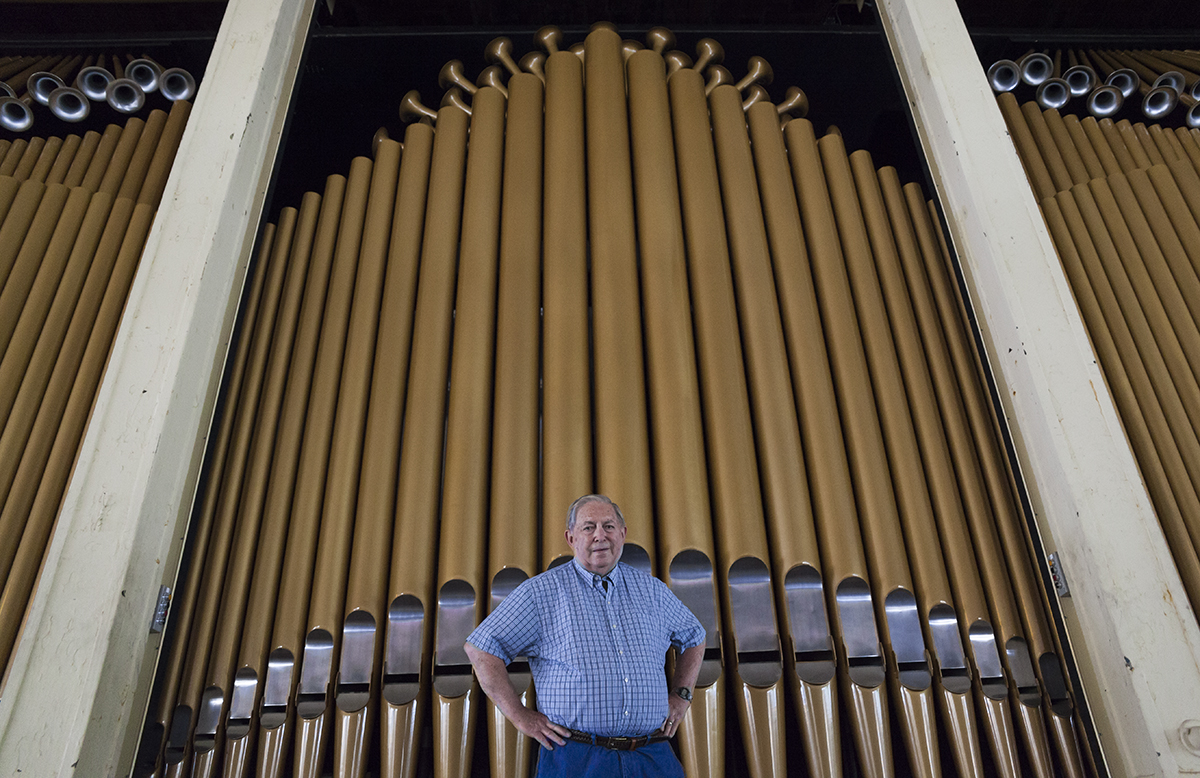 Harry and Ruben Kugel wanted to create organ pipes from plastic instead of wood or metal. Rejected for their idea, they had no use for the plastic molding machines they bought, until they learned Borden Food Company was preparing to discontinue Cracker Jack. Compared to Cheetos and Hostess cupcakes, it wasn’t as efficient to continue producing when the special packaging and tin prize cost more than the caramelized popcorn.

Pipe building was set on the backburner when the Kugels secured a contract to become Cracker Jack’s exclusive prize supplier, creating toys such as stand-up elephants and sets of cowboys and Indians that eventually evolved into a square piece of paper containing instructions for a baseball mobile app. National Organ Supply Company became NOSC Plastics, selling the rest of their pipe inventory to Organ Supply Corporation.

All that can be found in a new book written by Paul Fischer, the same man who headed the complete restoration of the Massey Memorial Organ from 1992 to 1993.

“The ink is barely dry on that yet,” Fischer said, pointing to a copy of Making Music: The History of The Organ and Piano Industries in Erie, Pennsylvania, which came out on July 18.

The book includes biographies from every organ company that ever existed in Erie, a process that took Fischer nearly three and a half years to complete. Original photos complement the text.

“I decided I better do it or it’s not going to get done,” said Fischer, the founder of Fischer Organ Company. “Now all of these guys — the people who started these companies — they’re dying off, and I didn’t see a likelihood of anyone else doing it.”

There’s one piece of information missing from the book, though: Fischer’s son, Mark, is selling Fischer Organ Company in order to relocate to join another builder in San Antonio.

Though Fischer has dedicated his life to organs, this doesn’t bother him as he speaks of the Massey like an old friend.

“We’re not going to abandon it,” he said.

In the late 1800s, Erie became the center for organ manufacturers. Immigrants who served as craftsmen in their home countries came over with the promise of a job in a booming economy.

With a greater demand for churches, buildings were put up faster and required an organ to operate the way they wanted. By the early 20th century, Erie was home to 14 organ manufacturers.

By 1978, Fischer had lost his job with Phelps and Associates (formerly Tellers Organ Company), the place he had spent 26 years working and realized the only thing he “knew anything about was pipe organs.”

Companies began dropping off once they became aware that people didn’t continuously need organs like they did with gasoline or cigarettes. Fischer noticed this, too, which is why he didn’t focus on selling organs. He fixated on restoring them. It’s the reason behind Fischer Organ’s survival in an industry that watched its companies peter out like used matchsticks.

One of those restorations was the Massey Memorial Organ in 1993. At the time, the organ was deteriorating from years of neglect and silence from past organists who didn’t want to address the costly issue. Sections of the organ weren’t playable and below the pipes leaned against each other.

“One stiff breeze and the whole organ would have been like firewood,” said Jared Jacobsen, organist and coordinator of worship and sacred music at Chautauqua Institution.

It would have been easy to just do away with the organ and replace it with a cheaper electronic imitation that would need replacing every 20 years.

“It would have fooled most people, but they’ve got a priceless thing here,” Fischer said.

The Fischers knew the organ needed to survive the winter. When the weather gets warm, the pipes expand and turn sharp. When it gets cold, they shrink and go flat. It was a matter of tuning 5,640 whistles to sound in sync, shifting from a “lighter, brighter and more transparent” sound, Jacobsen said.

“For the first time ever since 1907, we heard the Massey Organ the way it was designed to sound,” he said. “They not only froze the organ in time, but they opened a window back to 1907. They opened a window to the minds of the men who originally built the organ.”