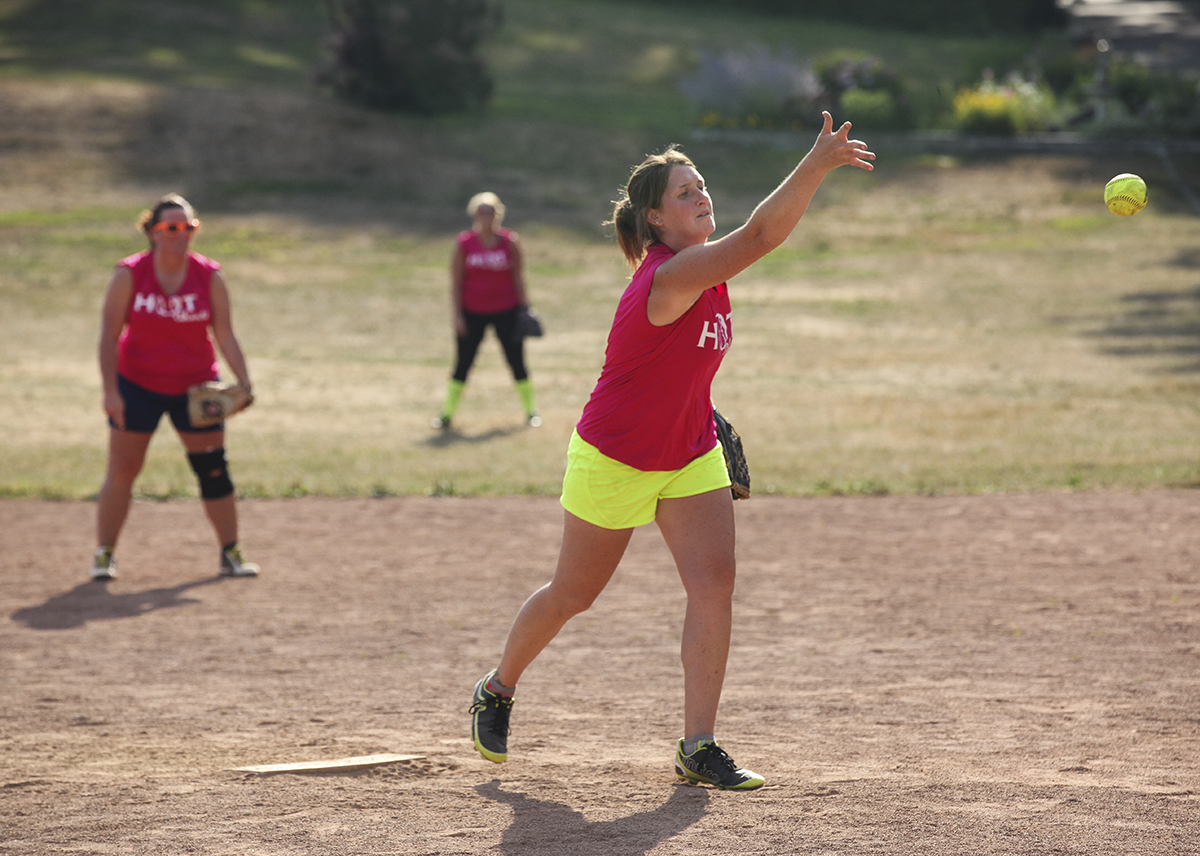 They don’t get much more dramatic than this.

With the winning run on third in the final inning of a championship game, Taylor Samuelson stepped to the plate and etched her name into Sharpe Field history. Samuelson’s walk-off single gave the Hot Chauts a 16-15 win over the Misfits and the 2016 Chautauqua women’s softball league championship.

“This is our first championship,” said Brandy Ecklund, a member of the Hot Chauts. “They were a challenge, but it was a great game. We had a lot of fun.”

The Misfits and Hot Chauts finished first and second in the regular season standings this season, providing some extra motivation to last Thursday evening’s game. After the Batgirls and Lakers merged into the Misfits earlier in the year, the remaining members of the Batgirls were looking for their second championship in a row.

The championship game didn’t disappoint, providing fans with a thrilling conclusion to what’s been an exciting season of women’s softball at Chautauqua.

The Misfits got off to a hot start, jumping out to a 7-1 lead by the middle innings. But in the fourth inning, the Hot Chauts finally woke up, with an eight-run inning to grab the lead from the Misfits.

The Hot Chauts would need all the offense they could get in a championship matchup that came right down to the wire. Both teams traded leads late in the game, with the Misfits briefly retaking the lead with five runs in the fifth inning. But another big inning from the Hot Chauts allowed them to retake the lead heading into the game’s final inning.

But with the Misfits down to their final out, a late rally forced the Hot Chauts to win the championship with their bats.

It wouldn’t be a problem.

With the winning run on third, Samuelson stepped to the plate knowing that a ball hit out of the infield would bring the Hot Chauts a championship.

After she singled to right-center field, the celebration was on at Sharpe Field. The Hot Chauts lined up for pictures beneath the scoreboard and celebrated the victory with family and friends.

“I think we all played pretty well,” Ecklund said. “It was redemption for last year, because we made it last year and got knocked out.”