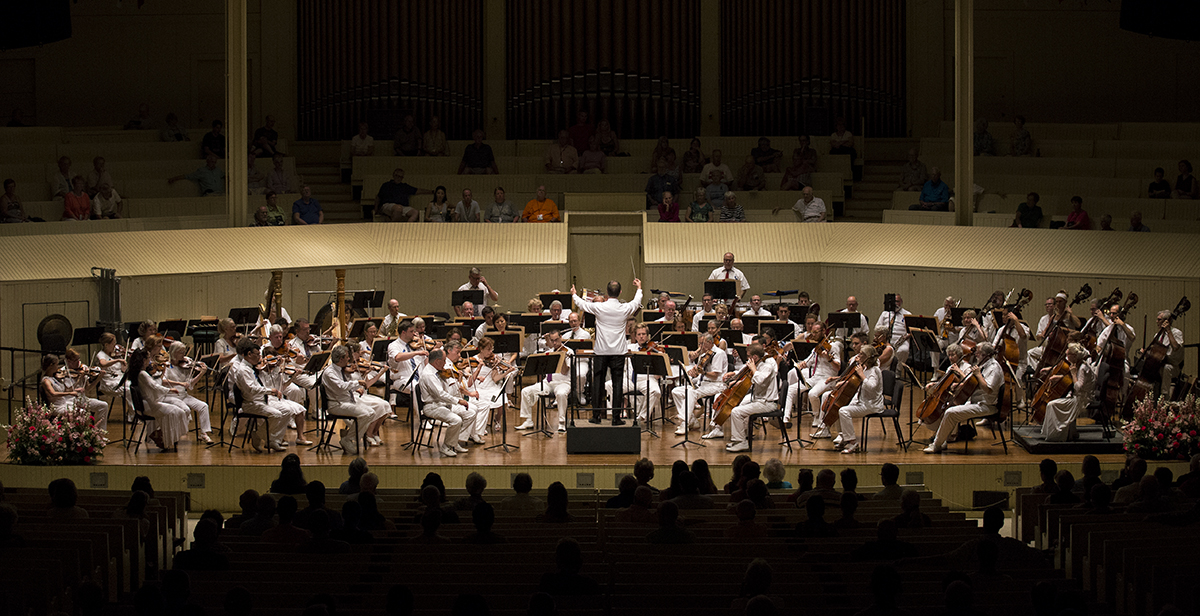 Anyone lucky enough to wander into Alexander Gavrylyuk’s studio while he’s practicing might be surprised to find Tolstoy instead of Tchaikovsky on the music rack.

As a young student, Gavrylyuk quickly got bored with technical etudes. To keep himself at the piano, he set his mind to work on Dostoevsky and Chekhov while his hands worked on scales and arpeggios.

Gavrylyuk continues this habit not for entertainment, but to train his mind for performance.

“When I’m practicing, I do other things,” Gavrylyuk said. “So my mind is divided in two.”

Gavrylyuk will join the Chautauqua Symphony Orchestra as it opens its 89th season with a performance of Tchaikovsky’s Piano Concerto No. 1 at 8:15 p.m. Thursday in the Amphitheater.

Keeping his mind separate from the physical and emotional aspects of playing is central to Gavrylyuk’s performance philosophy. While the Tchaikovsky concerto requires amazing feats of physical endurance — the first movement alone is roughly 20 minutes of fast octaves in opposing directions, massive chords, and rapid arpeggios — Gavrylyuk said physical ability is just one dimension of performing any piece.

Performance, according to Gavrylyuk, requires a careful equilibrium of mind, body and emotion.

“You have to have a very cold mind that’s never taken by the fire coming from your soul, to control it all and keep this balance,” Gavrylyuk said.

The body, of course, has to be healthy and strong enough to “produce the physical side of actually playing.”

What Gavrylyuk refers to as “the drive” comes from the emotional content of the music.

“And then the body has to cope with that,” Gavrylyuk said. “That’s why you practice.”

“It’s one of those pieces that puts the soloist in the position of being like a superhuman who can display an enormous amount of virtuosity,” Milanov said.

The piano’s bombastic opening chords across the range of the keyboard set a precedent for a level of playing in the piece that Milanov described as Titan-like.

But that’s not to say the concerto is all muscle. People familiar with Tchaikovsky’s ballet music might recognize his signature lyricism and lightness.

There’s also something voyeuristic about the concerto’s appeal. Speculation about aspects of Tchaikovsky’s turbulent and troubled life, including anxiety and repressed homosexuality, raise parallels in the music. The music’s winding path from dark, minor keys to a triumphant, major apotheosis is an attractive metaphor for overcoming life’s challenges.

“You have to have a very cold mind that’s never taken by the fire coming from your soul, to control it all and keep this balance,”Alexander Gavrylyuk said.

“That’s the point, I think. It’s a B-flat minor concerto which results in a B-flat major concerto. The reality of life is B-flat minor,” Gavrylyuk said. “But, what am I going to make out of it?”

Tchaikovsky’s Symphony No. 4, which makes up the second half of Thursday’s concert, follows a similar recipe. Milanov is skeptical about how much meaning should be derived from what amounts to a common musical device.

“He’s not the only one who does that,” Milanov said. “Pick any big symphony that starts in minor, and chances are it’s going to end in major.”

If Tchaikovsky’s music hints at the life of a troubled genius, Milanov said such clues carry more weight in his later works.

“He was not afraid to give us a peek into his emotional richness,” Milanov said. “But whether there’s anything more personal than that, as far as his sexual orientation, I’m not entirely sure it would be displayed in this piece. This was 1876.”

Tchaikovsky certainly wrote music of his own time, though not always of his own culture. According to Milanov, the first movement of the symphony adopts some techniques from German opera, like using a memorable snippet of music to symbolize a character or concept. In this case, the ominous horn call that opens the symphony becomes a recurring stand-in for fate itself.

“The way Tchaikovsky does it here is similar to what Berlioz did in his Symphonie Fantastique, or what Liszt would do, or certainly what Wagner would do with his leitmotifs,” Milanov said.

Yet, the rest of the symphony is quintessentially Russian. The scherzo movement is an almost Mahler-esque collage of clippings from Tchaikovsky’s native folklore.

“There are all of these kaleidoscopic themes passing by,” Milanov said. “At one point you’ll hear a little marching band, and then a shepherd playing a happy melody at the middle, and then there’s the piccolo who’s kind of a show-off peasant playing his flute.”

The string players play the entire third movement without using their bows. Instead, they pluck the strings, “sort of like a big balalaika orchestra,” Milanov said, referring to a traditional Russian string instrument resembling a triangular guitar.

Tchaikovsky, whether out of musical obligation or a desire to communicate something deeper, ends both the piano concerto and the symphony with a triumphant bang. But his personal struggle with fate is never far.

“That’s often the case with Tchaikovsky,” Gavrylyuk said. “He’s always searching for that resolution, for the exit.”