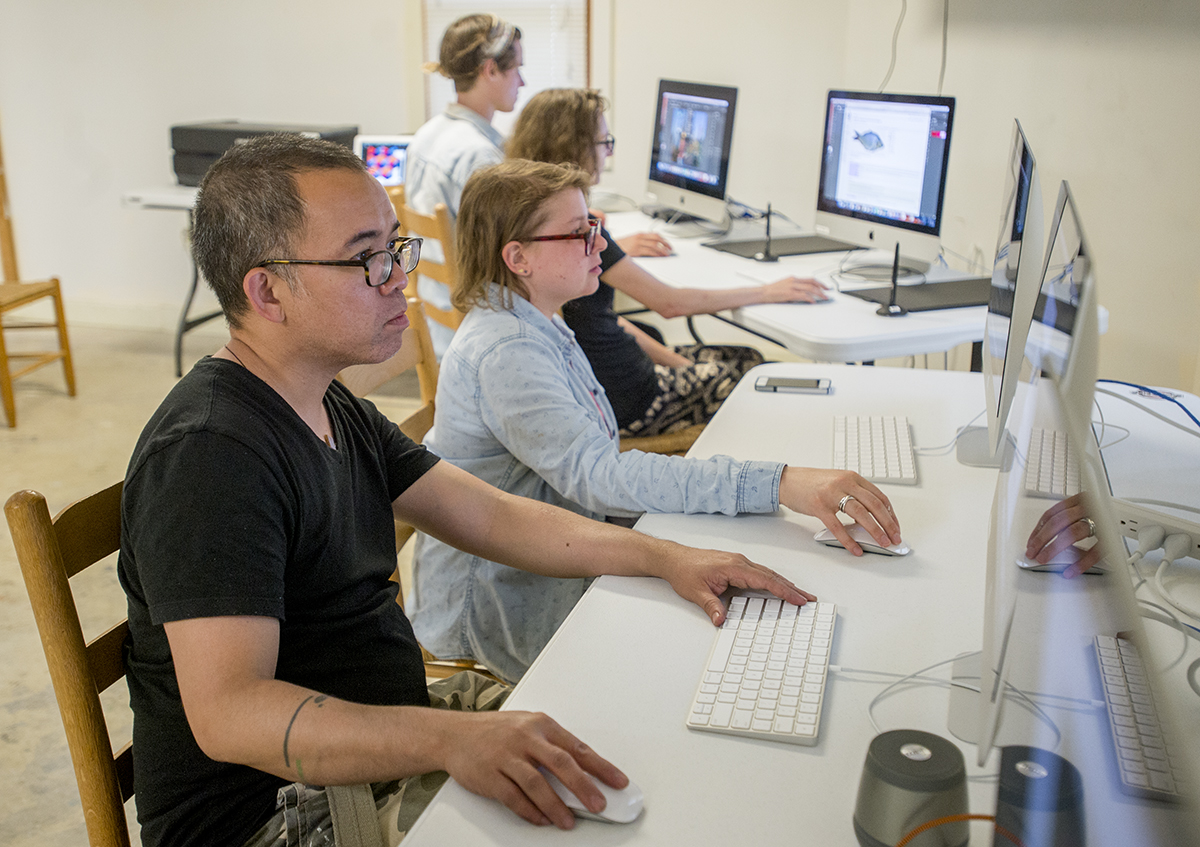 Chip and Gail Gamble’s love for Chautauqua Institution has grown in what Chip calls the “typical” way.

They’ve been coming to the Institution since the early 2000s, when they visited for just a week their first summer. The next year, they came back for two weeks. It didn’t take long before they purchased a small condo and were staying for the entire season of programming. They now have a house on the grounds and spend their days attending the morning lectures, playing tennis (for him) and participating in Chautauqua Women’s Club events (for her).

Over the years, both have enjoyed being involved with the Visual Arts at Chautauqua Institution. It makes sense, as both have their individual interests in arts — Chip does photography, while Gail paints and enjoys printmaking. Gail has served on the board for VACI Partners in the past, and Chip has taken some Special Studies classes — but he always wondered why there were no photography classes offered through the School of Art. He discussed this “missing element” with Don Kimes, VACI’s artistic director, for about three years.

Kimes had been trying for at least 10 years to get a digital media studio. In the early 1990s, before digital media came onto the scene, the photography program at the School of Art was eliminated.

“A lot of new technology that’s critical in art-making today, we just didn’t have,” Kimes said.

Last fall, the Gambles decided to fund a digital media studio for VACI’s School of Art. The studio is being used by the School of Art students for the first time this summer.

The new digital media studio, which has already been informally christened with the fond acronym “DMS,” is located in one of the pod buildings of the School of Art. In the past, the building has been used for student studios, as a sculpture studio and as a critique space.

The Gambles’ charitable gift to the Chautauqua Foundation purchased five iMac computers, two digital drawing pads and tables and furniture, in addition to covering the cost of wiring internet to the building. The computers are equipped with the full Adobe Creative Cloud suite, which includes applications like Photoshop, Illustrator and InDesign. Students can use these programs for photo, video and audio editing, as well as graphic design, animation and website development.

The studio also has a darkroom where students can make silkscreen prints. The Gambles’ grant paid for the wash-out station, filtration system, power washer and safety lights for the darkroom.

At this time, the darkroom doesn’t have any enlargers for photo development, so it will solely be used for silkscreen printing, but having the space opens the door to future possibilities.

“This is like the groundwork,” said Tom Raneses, the master printmaker at the School of Art.

Kimes thinks the program could potentially double in size, with extra computers or other equipment, depending on student needs.

“This is amazing,” said Lois Jubeck, managing director of VACI. “It’s an added dimension that we can offer and now we can market this, as we have one extra component of our program that a student might like to work with.”

Raneses said that having planned for a digital media studio so long is an advantage because the directors had thought it out well and were able to use the investment wisely.

“The idea was: get technology and new media into the fine arts program, and see how we can integrate it,” he said. “And it’s worked out really well — a lot of people want to drop in now.”

Classes in the studio have already begun so students can get oriented with the programs, and soon work-study students will be assigned as lab monitors so the studio can also have open hours.

“The good thing about having this equipment is that no matter what a student is doing here — whether it’s ceramics, printmaking, painting, sculpture — they can all make use of the digital media studio to enhance their work,” Jubeck said.

Students will also be able to use the programs to build online portfolios and websites.

“For so long we’ve wanted to have this, and I’m thrilled the Gambles came forward and said they were willing to fund it,” Kimes said.

When the Gambles saw the need for the studio, Gail said, they wanted to find a way to make it happen.

“A simple conversation can start the ball rolling to fill a need,” Gail said.