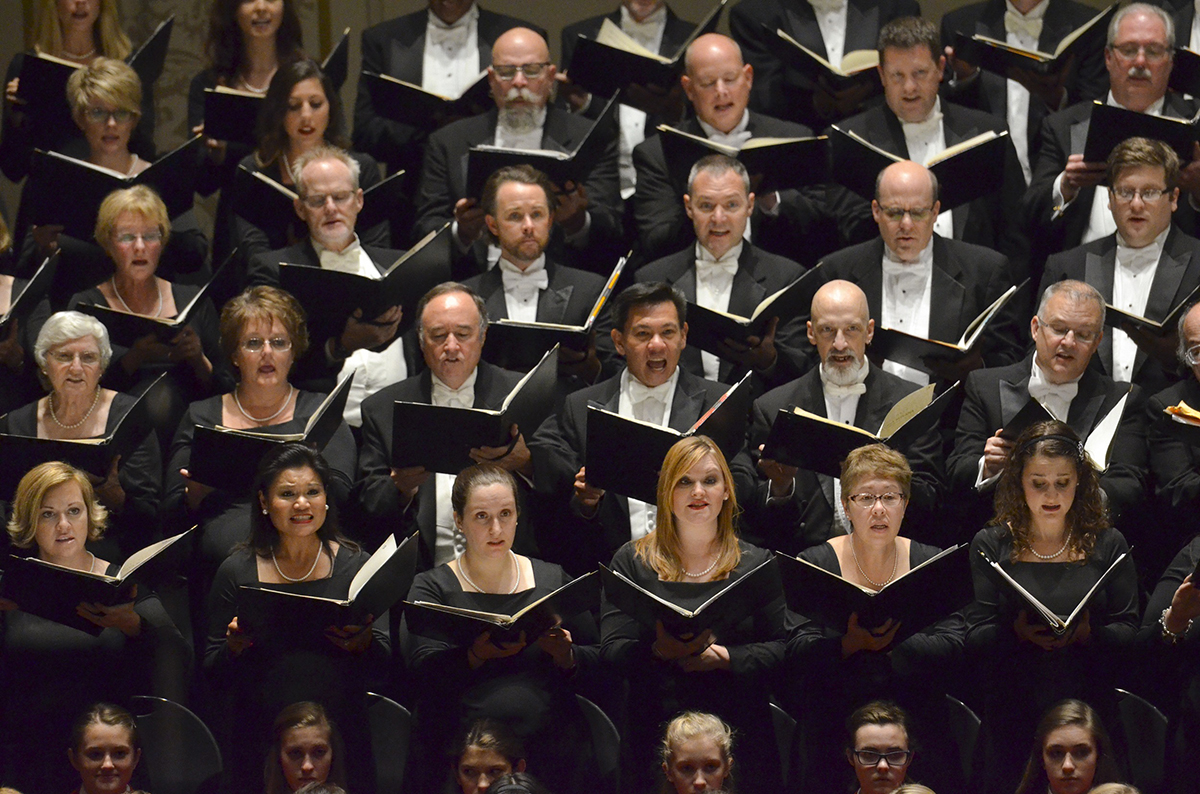 Columbus Symphony Chorus Director Ron Jenkins has a theory about why Beethoven’s Symphony No. 9 is so popular.

“There are three pieces most music directors do in the first few years of their tenure,” Jenkins said. “One is the Verdi Requiem, one is Orff’s Carmina Burana, and one is Beethoven’s Ninth.”

What do these pieces have in common?

“All three of them have been used in commercials,” Jenkins said.

From flash mobs and the Olympics to “A Clockwork Orange” and the fall of the Berlin Wall, Beethoven’s last symphony continues to have a life the composer could never have imagined.

Chautauquans will have a chance to hear this monumental work at 8:15 p.m. Saturday in the Amphitheater. The Columbus Symphony Chorus will join the Chautauqua Symphony Orchestra under the baton of their shared music director, Rossen Milanov.

Jenkins and Milanov have been working together to combine the chorus and orchestra as seamlessly as possible.

“My job is to convey (Milanov’s) wishes about tempo and phrasing and so forth to the chorus,” Jenkins said. “When I don’t know for sure, I have to make good musical decisions.”

This is the sixth time the chorus has performed the work with Jenkins’ preparation, but Beethoven’s writing for the human voice presents enduring (and endurance) problems to singers. At several points in the famous last movement, Beethoven asks the sopranos to sustain closed vowel sounds — in German words like “die” and “Brüder” — on very high pitches.

“The ranges are extreme, particularly because they stay in the higher range for everyone for long periods of time,” Jenkins said.

And then there’s the text itself.

Beethoven was not the first or only composer to make a musical treatment of Friedrich Schiller’s poem, “An die Freude.” Almost a decade earlier, Franz Schubert wrote a solo voice and piano rendition.

Jenkins’ primary goal is ensuring the text’s clarity. Even though the German will be sung for an English-speaking audience, it will need to be intelligible with crisp, perfectly synchronized consonants.

“German is so much about consonants, which Americans are notoriously sloppy about in their verbal speech,” Jenkins said.

Another challenge is singing loud enough to be heard over the massive orchestra without sounding shrill.

“You have to remember to produce a very good sound,” Jenkins said.

The volume of the music alone, according to Jenkins, catches even experienced concertgoers off guard.

“It’s thrilling music and you never, ever expect it to be as loud as it’s going to be,” Jenkins said. “In one short measure, it crescendos and the chorus comes in on this really high D major chord singing the main tune. It’s just explosive.”

The symphony’s last movement steals the show by its downright force. It also foretells future developments in symphonic music. Beethoven was the first composer to decide a symphony could also function as a kind of oratorio. After Beethoven, composers like Mahler, Bruckner, Liszt and Ives began to incorporate choirs into their symphonies.

However, the rest of Beethoven’s symphony shouldn’t be overlooked.

“I think the first three movements are pretty much the nexus of what music up to that point was trying to achieve, without involving any words as a helping element in describing what it is,” Milanov said.

The ideas underpinning Schiller’s poem — and, by extension, Beethoven’s symphony — would eventually be understood by historians as the first tremors of the Romantic movement.

“(It is) the idea of democracy, of a republic, of abolishing conflicts among people,” Milanov said. “Those were very progressive ideas at the time.”

Beethoven’s symphony didn’t materialize in a vacuum. The upheaval of the French Revolution had lasting effects throughout Europe. Industrialization and massive population growth set the continent’s philosophical minds to work on reconciling national identity with individual freedom.

“Poets and writers of the time were addressing these issues very prominently,” Milanov said. “Looking at the symphony in that context, it probably wouldn’t have been too surprising to have that big philosophical message.”

Even with the help of Schiller’s text, musicologists have had trouble assigning a conclusive meaning to the piece. Writer and musician Harvey Sachs noted that Beethoven’s Ninth resonates with everyone, including Nazis, Marxists, Christians and Pagans.

Maybe the reason for the symphony’s beloved status is just as elusive as its meaning. Pulitzer laureate Ned Rorem, one of America’s most prolific setters of words to music, once quipped: “Music doesn’t mean anything literarily, (so) people hear what you tell them to hear.” And the symphony’s popularity isn’t a universal fact. Elsewhere, Rorem has called Beethoven’s Ninth “the first piece of junk in the grand style.”

Does Schiller’s poem tell people what to hear in Beethoven’s last symphony? Milanov said it’s not that simple.

“I don’t think the music of Beethoven really needs a text to explain exactly what it means,” he said. 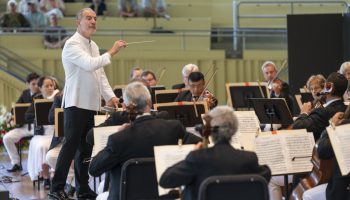 Wondrous winds: CSO to shine special spotlight on wind section for evening of Serenades in Amp