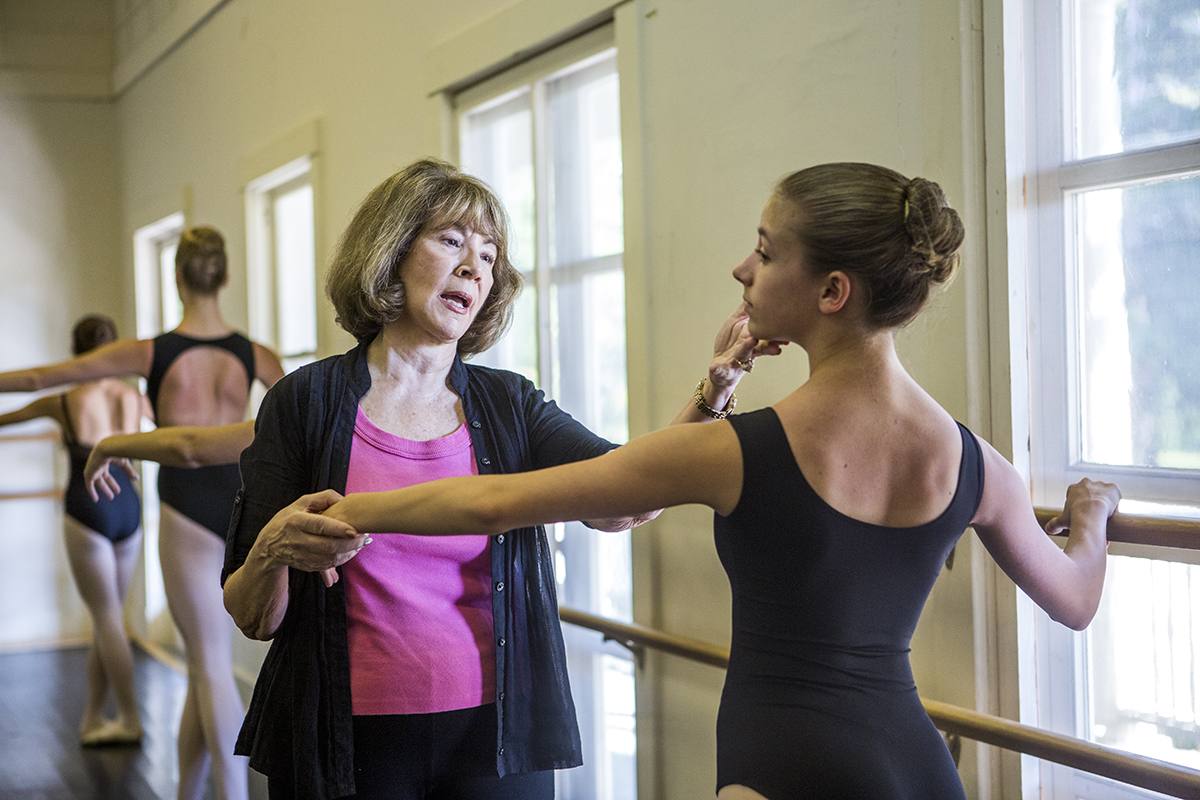 Each summer, Chautauqua Institution’s School of Dance welcomes about 60 young athletes, aged 10 to 18, who intend to pursue careers as professional ballet dancers. Many do not attend dance schools with companies attached to them, thus they don’t know what a professional company is like.

Most of these student athletes have endured and aced a demanding live audition in Atlanta, Bloomington, Boston, Buffalo, Charlotte, New York, Philadelphia or Pittsburgh. Others have submitted recorded audition videos that have wowed the selection committee.

“I’m working with the cream of the crop,” said Associate Artistic Director Maris Battaglia, who for 28 years has been integral to the program. “You don’t get in unless you’re really talented.”

At 9:15 a.m. Thursday at the Chautauqua Women’s Club, Battaglia will talk about Chautauqua’s impact on the world of dance, as part of the CWC’s Chautauqua Speaks program.

“I hope I can make (those attending) more aware of how far the program has come since (artistic director) Jean-Pierre Bonnefoux (arrived),” Battaglia said. “It’s one of the top three in the country now and probably the hardest to get into. The faculty is renowned … and it offers so much.”

Battaglia has worked with every age level, both at the Institution and at the American Academy of Ballet, the four-studio professional dance school she founded in 1964 in greater Buffalo.

This season, she is teaching the 24-member Chautauqua Festival Dancers program, which typically comprises about 16 girls and eight boys. These 15- to 18-year-olds arrive in June and undergo seven weeks of rigorous training, rehearsals and performances.

She is also serving as the choreographer for Ballet Workshop II, a five-week program for 20 girls and up to six boys, aged 13 to 14, which began on Sunday.

“I come up with ideas to help each program,” she said. “The kids get a minimum of three classes a day and 2½ hours of rehearsal time. Then they can go jump in the lake or get ice cream.”

Both the Festival and Ballet Workshop II dancers will perform on the Amphitheater stage in two Sunday afternoon Student Galas (July 16 and Aug. 13), as well as with the Pittsburgh Ballet Theatre and Chautauqua Symphony Orchestra on Aug. 12. The Festival dancers will, in addition, perform with the Music School Festival Orchestra on July 24.

Workshop II, in particular, “is great because they’re really starting to bloom; they’re done with awkwardness. The atmosphere here is so wonderful,” Battaglia said. “They come eager to learn, like little sponges. I think parents feel so safe leaving them here.”

Chautauqua has also been receptive to her ideas regarding dance more generally, Battaglia said. Battaglia’s initiatives include a three-day Pre-Workshop Weekend in mid-July for 75 dancers ages 7 to 10, and the Chautauqua Dance Circle, a ballet guild that provides dance scholarships and services for the dance community.

When Jay Lesenger served as general/artistic director from 1994 to 2015, she also choreographed for the Chautauqua Opera Company.

During the off-season, Battaglia works with every age at the American Academy of Ballet, of which she is CEO. Although she teaches the same kinds of classes as she does at Chautauqua, she said that at her school she accepts anybody who wants to learn ballet.

“I started like every little kid way back when I was 3 years old — at a local tap, jazz and ballet school,” she said.

At age 12, she began from scratch at a serious ballet program run like a professional school. Battaglia took classes there for four years, until it closed when she was 17. Next, she moved from Buffalo to New York City to train at George Balanchine’s School of American Ballet.

Battaglia said that for eight years she stopped her ballet training. Returning to the Buffalo area just as her cousin was leaving to attend Juilliard, she began teaching classes for the school that Battaglia’s maternal aunt had established in her basement.

As the number of students grew to 14, she said she switched to her mother’s basement. She was soon teaching so many young dancers that in 1964 she opened her first studio. Former students have danced with every major ballet company in the United States, as well as many in Canada and Europe. Many have danced on Broadway stages and for television programs.

When a partner of Battaglia’s who had run Chautauqua’s dance school for years left and Bonnefoux succeeded him, there were auditions and he asked her to teach.

“That broke me up because I was so in awe of him,” she said.

In 2008, Battaglia received the Arts Council in Buffalo and Erie County Award for Outstanding Arts Contributor and in 1999 she was inducted into the Western New York Dance Hall of Fame. Two years earlier, she received the national Artist Excellence Award, which is bestowed upon just one dance teacher annually. 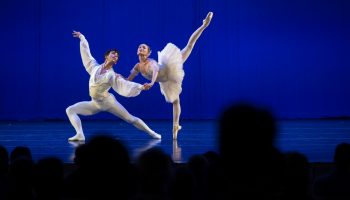