This week’s Mystic Heart Meditation Program sessions will be led by Sharifa Felicia Norton and Muinuddin Charles Smith, retreat guides of the Sufi tradition, and by Jim Leff, a specialist in the Aramaic version of the Lord’s Prayer.

Norton and Smith lead Sufi meditation at 7:15 a.m. weekdays. Leff leads an Aramaic Lord’s Prayer meditation at 8:15 a.m., both in the Presbyterian House.

Norton and Smith were first inspired by Sufi poets, including Hafiz, who teach an “inner cultivation” to readers.

“Thirteenth-century Sufi poets have a lot of teaching through their poetry: how to be a true human being, how to tune the heart, how to clear ourselves of impressions that allow us to have a full life, how to have peace in the world,” Norton said.

This peace, Norton said, comes from honoring the wisdom of several religions, including Judaism, Christianity, Hinduism, Buddhism and Zoroastrianism. Sufism is “more of the esoteric wisdom at the essence of Islam,” Norton said, and together, she and Smith hope to present universal, nondenominational themes.

“The ancient Sufis would retreat; they did their ancient, mystical searching and their metaphysics,” she said. “I should bring a little of that in, but we also try to make it practical for people in their everyday life.”

This means practices with breath, “heart-tuning,” meditation, stories, humor and sound, to name a few.

“We work with different divine names of God, different qualities of God, attributes and a handful of qualities within ourselves,” Norton said. “We want to guide you into a certain depth, perhaps.”

Norton and Smith are hopeful to use the Tuesday and Thursday 12:30 to 1:45 p.m. sessions as not only a meditation opportunity but a chance to debrief as well.

“Sometimes there’s burning issues in our world situation,” Norton said. “When we have a discussion, usually we have a little teaching first, and meditation and the discussion provides an opportunity for people to share what’s on their minds and hearts and ask questions. There’s a group wisdom that comes forth, often.”

In this sense, she said, their practice has little to do with a monastic retreat and more to do with a fuller immersion into the world with a “heart tuned to certain spiritual dimensions.”

“It’s kind of like emptying the heart so we can be a true being, and lightening it, then tuning it to a pitch where it’s its natural tone, it’s natural being, almost like returning to your natural state,” she said.

Leff, on the other hand, is looking forward to teaching wisdom from one source — the Lord’s Prayer in its original language of Aramaic. Leff himself learned about this practice from Neil Douglas-Klotz, the author of Prayers from the Cosmos.

“ ‘Our father who art in Heaven’ was translated from Aramaic into Greek, which is a really different style of language; it’s much more black and white,” Leff said. “(It was translated) again from Greek into the King James English, which was not only even more limited, but also a little more patriarchal.”

Some translation revelations include birthing imagery, describing the father not just as someone in Heaven, but “the source of our being from which all has been brought forth,” and beauty, not simply depicting heaven, but “O thou, from whom all things have emerged through light, sound and vibration into form.”

“As we start the prayer, we orient to that,” Leff said. “We’ll learn the words and then we’re going to chant them to get the feeling of them. Depending on the group, we might actually embody that in the body prayer of movement and form.”

Groupings of the lines in the Lord’s Prayer reveal truth, too, he said. For example, the first four lines orient to the divine source, and the second line gives one a personal sacred space for the holy being to live.

“The third line is an orientation between our will and the divine will, so kind of like a vertical line,” Leff said. “We’re consciously choosing to line our will with the divine will. And the fourth line is kind of a horizontal orientation of ‘From this place of acknowledging our connection to the divine creating sacredness within us, orienting our will to thy will.’ ”

No matter what place someone is in spiritually, Leff encourages Chautauquans with all beliefs to join in the practice at least once.

“Leave your preconceptions at the door,” he said. “It won’t diminish what you’ve experienced, it will add to it. It’s more experiential than it is intellectual. We’re going to feel this thing.” 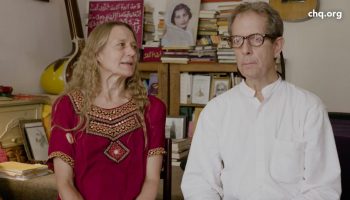