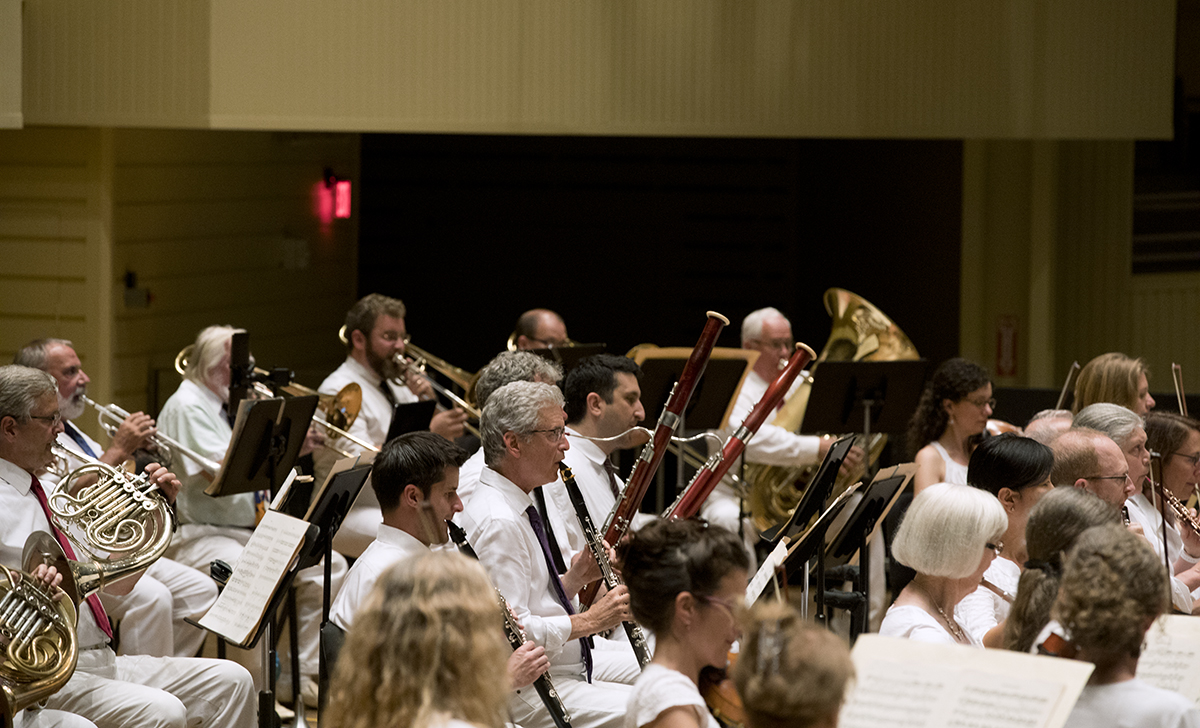 Aldo López-Gavilán was immersed in music before he was even born. His father is a conductor, his mother is a concert pianist, and his older brother is a violinist. So it’s no surprise that he showed musical ability from a very early age. López-Gavilán’s parents wanted him to be a cellist.

“I gave up on that,” López-Gavilán said. Instead, he took up the piano.

At 8:15 p.m. Tuesday in the Amphitheater, López-Gavilán will join the Chautauqua Symphony Orchestra to perform a full program of his own music in the second of the season’s “Into the Music” series, appropriately titled “Cuban Night.”

López-Gavilán was born in Cuba where, thanks to massive investments from the revolutionary government, music education is still far more rigorous than it is in other parts of the world, including the United States. According to López-Gavilán, Cuban children typically begin their musical studies around the age of 7. They spend seven years studying solfège and harmony, singing in choirs, and taking practical exams. As teenagers, they graduate to a four-year conservatory, and then spend another five years preparing for professional careers in the vaulted halls of the Instituto Superior de Arte.

“It’s very good for the kids. It’s very demanding,” he said. “The level of education, especially in the early years, is quite strong in Cuba.”

While López-Gavilán was being trained in the classical conservatory tradition, he was inevitably absorbing the sounds of Havana as well.

“I was surrounded by Cuban music all the time, so it was not difficult to get immersed in it,” he said.

Throughout his childhood, López-Gavilán listened to Cuban jazz and popular music, but he never had a formal jazz education. With the full support of his parents and brother, López-Gavilán taught himself to compose and improvise.

“My brother was a very big factor,” López-Gavilán said. “When I was a teenager, he always reminded me to keep composing and doing my own musical language.”

Given the convergence of styles that made up López-Gavilán’s formative years, it’s no surprise he names a whole list of Cuban as well as 20th-century European composers as influences.

Interestingly, Tania León, whose name is synonymous with Cuban classical music in the United States, isn’t on the list.

“We don’t know much about Tania León because she left Cuba a long time ago and we kind of missed the connection with her career,” López-Gavilán said. “In the island there are lot of good composers and conductors who have done great work.”

López-Gavilán lists composers like Leo Brouwer and Carlos Fariñas as role models, as well as European giants like Claude Debussy, Igor Stravinsky and György Ligeti. And, of course, “all the jazz masters.”

I was surrounded by Cuban music all the time, so it was not difficult to get immersed in it,” Aldo López-Gavilán said.

When he was in his early 20s, López-Gavilán was invited to perform in Boston along with the rest of his musical family. According to López-Gavilán, it was “before anyone was thinking about cultural exchanges between Cuba and the U.S.” López-Gavilán’s father conducted the New England Conservatory of Music orchestra in a performance of a double concerto López-Gavilán composed for the occasion.

“It was the very first time I played in the United States,” he said.

With the recent thaw in diplomatic relations between the United States and Cuba in 2015, López-Gavilán said it’s not only helped his career, but his music as well.

“Every time I have experiences with musicians of all kinds, it always adds knowledge and experience,” he said.

Last year, López-Gavilán performed with Joshua Bell and the Chamber Orchestra of Havana at Lincoln Center. The concert aired on PBS’ “Live from Lincoln Center” later that year.

It wasn’t the first time Bell crossed over into other genres. He’s recorded albums with artists like Chris Botti, Regina Spektor and Sting. When it came to performing Cuban music, López-Gavilán said Bell picked it up right away.

“He loved it from the very beginning,” López-Gavilán said. “It’s not common that classical musicians are willing or able to play improvised music.”

On the podium that evening at Lincoln Center was the orchestra’s up-and-coming conductor Daiana García, who will conduct the CSO Tuestday at the Amp. García is also López-Gavilán’s wife.

Both López-Gavilán and García still live in Havana.

“I’ve been very lucky, to be honest,” López-Gavilán said. “Not every Cuban musician has the opportunity to have these exchanges with musicians from all over the world, and especially from the U.S.”

Even with López-Gavilán’s busy international touring schedule, the suggestion that he might be a cultural ambassador between the United States and Cuba caught him off guard.