Sometimes meditation is the best medicine.

Zen meditation is a three-step process: Step one is correcting posture, step two is breathing “to calm the mind,” O’Sullivan said, and step three is getting in the right frame of mind.

In order to do so, participants must ask themselves a paradoxical question, such as, “What am I?” Eventually, the participant will exhaust all possibilities and “hit that question mark,” O’Sullivan said. This is referred to as the “don’t know” mind, the stage when the brain has explored every solution to no avail.

“If we ask ourselves a paradoxical question that has no answer, sooner or later, (the) mind is going to just give up,” O’Sullivan said. “When it gives up, then what appears is just emptiness, and we sit and just watch our thoughts coming and going.”

O’Sullivan began his practice of Zen meditation when he injured his leg and, during a hospital visit, was diagnosed with high blood pressure as well. Doctors recommended a prescription, but O’Sullivan received other advice.

His first experience with Zen meditation was inspired by a recommendation from his sister’s friend, who attended a Zen loft in New York City. Despite his positive experience with the meditation, O’Sullivan didn’t return to the loft until a month later, and when he showed up, the teachers were not there. He turned to the Village Voice and found another meditation center he has been practicing with ever since.

In a conversation with someone at the second location, O’Sullivan asked the other man how he had gotten started and mentioned the center where he’d previously practiced.

He now has his own center called Three Treasures Zen Center, with two locations in Otego and Binghamton respectively. The Otego location has been open for 15 years, and the Binghamton location was established five years ago.

“We’ve got quite a few regular attendees, and there’s always transients coming and going,” O’Sullivan said.

During his week at Chautauqua, he hopes participants will experience a similar state of mind to the one his Three Treasures attendees do.

“I hope that they take advantage of the opportunity to be mindful, to let their mind rest and be mindful of life, of their life,” O’Sullivan said. “Just to walk around in Chautauqua is a beautiful thing. … You have the opportunity for beautiful smells with all the flowers, everybody talking and mingling, the breeze (and) little flakes of rain in the morning. To experience all of that, be aware of it and to really enjoy every day … not just, people say, ‘enjoy your day,’ but to really, really put your heart and mind into just enjoying the day. By you enjoying your day, you’re helping everybody else enjoy their day.” 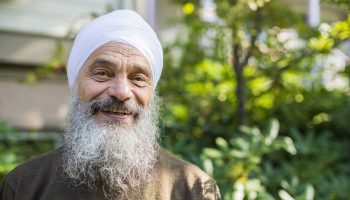