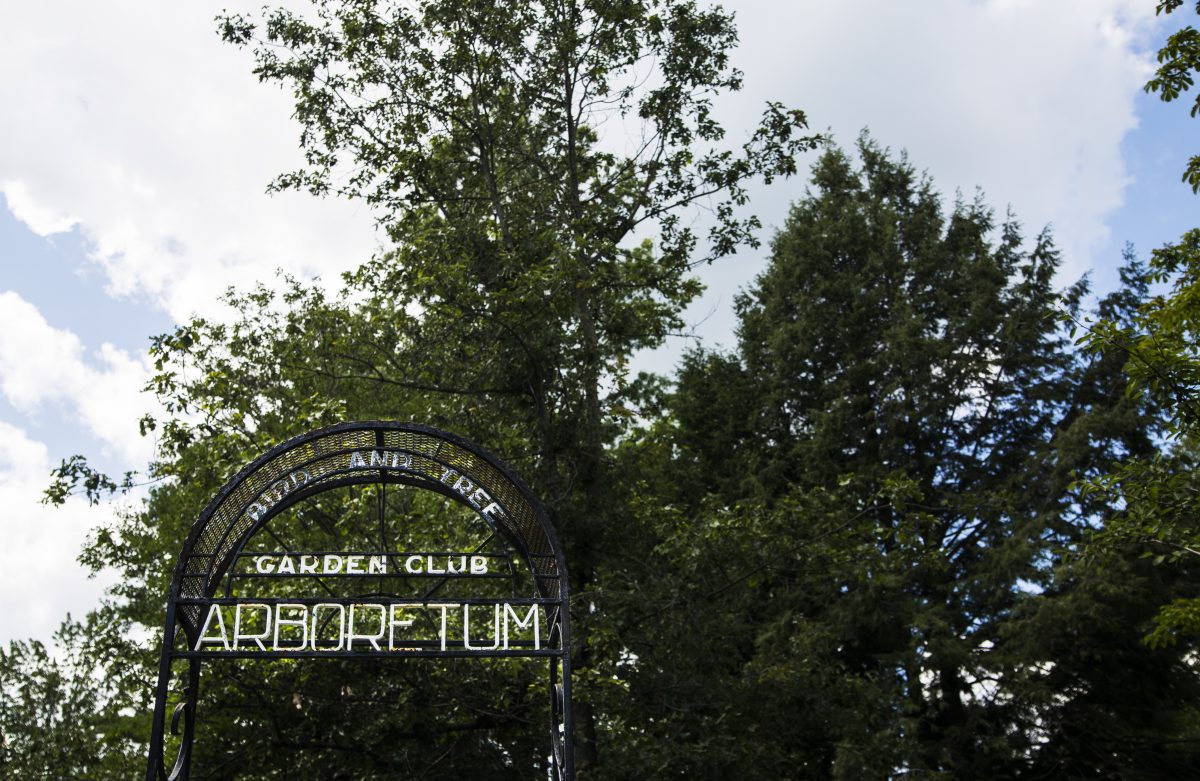 The Arboretum, which was officially dedicated 100 years ago this month, will be a prominent stop on the 2018 Bird, Tree & Garden Club House and Garden Tour. ERIN CLARK / STAFF PHOTOGRAPHER

Next summer, the Bird, Tree & Garden Club plans to show hundreds of visitors one of its oldest landmarks on the grounds: the Arboretum.

Located near the south end of the grounds, the Arboretum is one of the several stops on the 2018 BTG House and Garden Tour, set to take place Week Three of next season. In addition to its large variety of trees, the space will feature renovations and new plants as part of ongoing updates.

“That’s a big part of what an arboretum is,” said Betsy Burgeson, supervisor of gardens and landscapes. “It’s both educational and it shows a very diverse habitat.”

The tour will occur from noon to 5 p.m. July 12 and feature 12 houses and three private gardens, said House Tour Chair Rosemary Rappole. BTG will also encourage the planned 1,500 attendees to explore the Arboretum and the Institution’s many public gardens, she said.

“I think Chautauqua’s a really special place,” she said. “People drive here, and they love coming in the Main Gate. Having an opportunity to see these gardens and homes is really special.”

An arboretum for Chautauqua was first proposed in the late 19th century, but came to fruition in 1915 thanks to a contribution from Henrietta Ord Jones, founder of the original Chautauqua Bird and Tree Club, according to the book 100 Years of Beauty by Mary Lee Talbot. After the club planted trees and built a metal archway entrance, the Arboretum was officially dedicated 100 years ago in August 1917.

Now, though, the Arboretum is more than just a collection of trees. The Institution uses the space to educate Chautauquans, test different species of plants and attract visitors during both the summer and off-season.

“It’s almost like a learning laboratory up there, so to speak,” Burgeson said. “The plants provide so much for the native wildlife.”

As part of the updates to the Arboretum ongoing since 2015, Burgeson and the Institution’s grounds crew have added more than 23 new tree species, 35 types of perennials and 16 shrub species to the space, she said.

Updates to the Arboretum will continue this fall, including refurbishing the metal archway, redoing signs and adding even more plants, she said.

Tour tickets will allow access to the grounds starting at 8 a.m., so attendees will be able to explore the grounds’ gardens before the tour starts, Rappole said. Docents will be present at gardens near the house tour route, providing information on the Institution’s landscaping, gardens and environmental practices.

“We’re hoping that the local community can take advantage of that, and they can buy a gate pass and come in any time,” Burgeson said. “If they want to see what the gardens look like during the summer, then Sunday’s a perfect day to wander.”

One of the houses on the tour is another piece of history. The “Hollyhock House,” a cottage at 10 Ames, used to be home for the managers of the St. Elmo Hotel, Rappole said. It features a purple roof and renovated outdoor sitting area.

“It’s a really neat house,” Rappole said. “There’s a desk in their living room and that’s where people came and signed in to get their rooms in the hotel.”

The biennial tour, tickets for which will go on sale starting next year, funds BTG’s activities for the next two years. Smith Wilkes Hall will feature refreshments and music by the Dixie Lakesiders during the event.

“It’s nice when Chautauqua tries to make the grounds more welcoming, more open,” Burgeson said. “Having something that is geared so that people can come and enjoy it, that’s what we’re envisioning.”