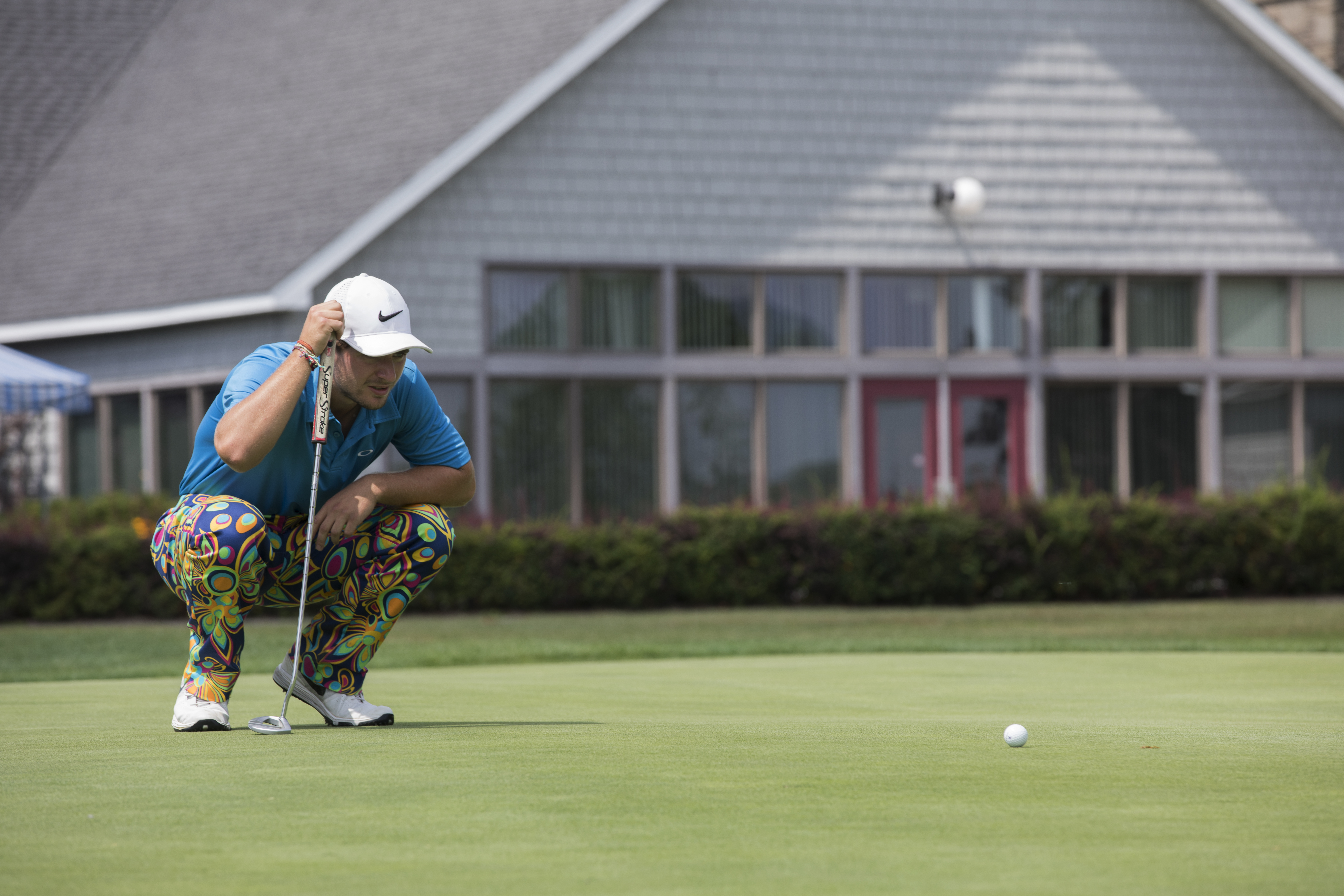 The two-day tournament had golfers compete on both the Hill and Lake courses in a 36-hole event.

On 72-par courses, Nolan Ditcher posted back-to-back scores of 65 to win the men’s club championship with an overall score of 130.

Ditcher credited his performance to avoiding bogeys and riding a hot streak that he’s maintained on the course lately.

“I actually shot a 63 last week in a different club championship, so I knew I was capable of shooting a couple 65s,” Ditcher said. “But with any tournament, my focus is to take it one hole at a time and not think too much about a score until the round is over.”

He stayed focused, posting five birdies and an eagle in each round.

“It was definitely cool to win,” Ditcher said. “As a collegiate golfer I play in a lot of tournaments, but it was a lot of fun and I’m pretty happy with the way I’ve been playing.”

Women’s winner Emily Isaacson had a different course to victory.

Isaacson, 19, shot a 90 the first day of the tournament, putting her eight strokes back from the leader Colleen Reeve.

The next day, Isaacson went from shooting almost 20-over par to parring the course.

She beat out Reeve, who was the runner-up, by three strokes with a 72 to finish the tournament with a 162 overall.

Isaacson, a sophomore golfer at Alderson Broaddus University, credited an increased focus to her comeback.

“I just didn’t go out the night before,” Isaacson said. “I knew I had to make up eight strokes so I went for more.”

Head Golf Pro Troy Moss has worked with Isaacson on her game in the past few years. He said he knew she had it in her to compete.

“I knew she could win, but she wasn’t producing,” Moss said. “She came back and put it together. I couldn’t be more proud of her.”

With three golfers shooting under par for the weekend, Moss enjoyed the tournament.