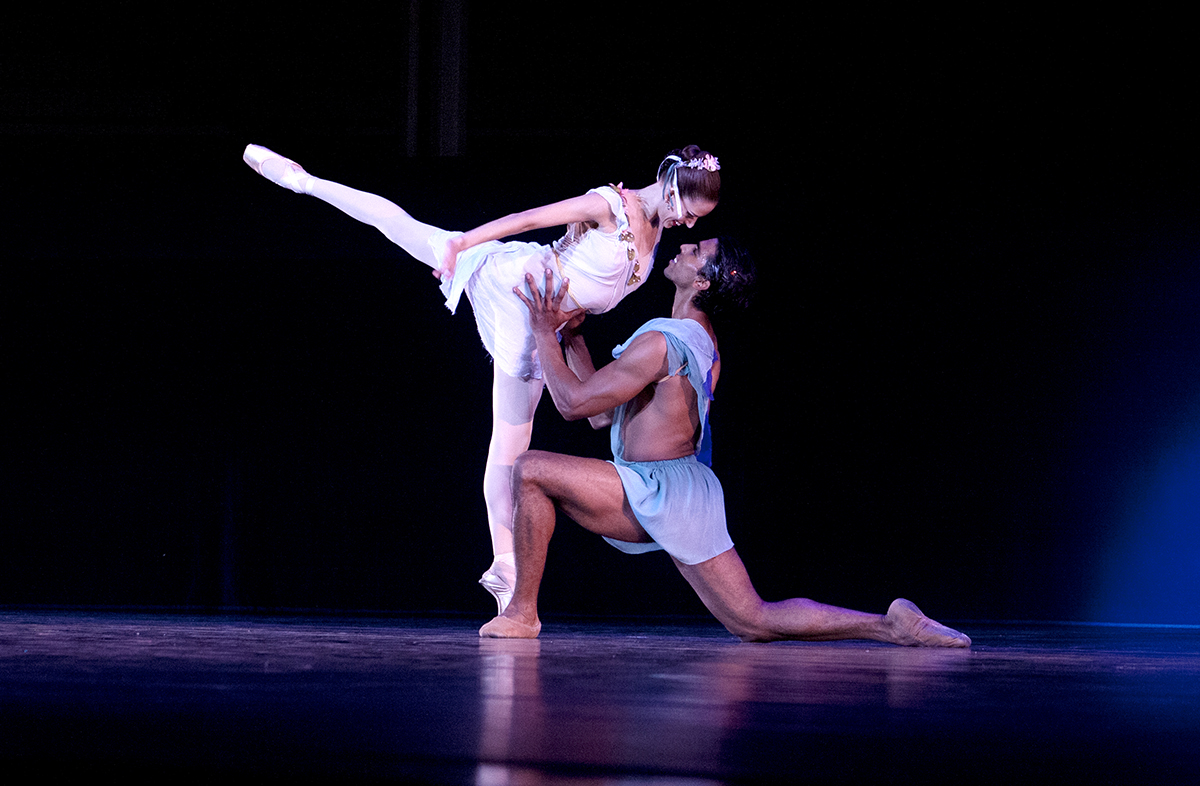 For professional dancers who’ve come through Chautauqua Institution’s School of Dance, returning to the grounds for a one-night performance is much more than that — it’s like a reunion.

At 8:15 p.m. Wednesday in the Amphitheater, the School of Dance will debut its inaugural alumni-packed “Evening of Pas de Deux” show. Five alumni, from as early as 2001, will return to the stage to perform a series of pas de deux and solos from the repertoires of George Balanchine, Marius Pepita and Chautauqua Institution’s own Sasha Janes.

“The idea of this performance is really to celebrate the training here at the school,” said Janes, director of contemporary studies at the School of Dance.

Janes, who was responsible for curating the performance, said he had a wish list of people he wanted to bring back who he considers “fantastic dancers.”

“I think it shows how prestigious this program is and how successful it’s been,” Janes said.

Ryan McCreary, who is an apprentice of the School of Dance, and Gonzalo Garcia, a dancer with the New York City Ballet, are also featured in the performance. Garcia will dance alongside Delgado in “Tchaikovsky Pas De Deux,” a Balanchine piece staged by Patricia McBride, resident faculty member and master teacher, that both Garcia and Delgado have in their repertoires.

“You check out their repertoires, see what they’re comfortable doing, what they like to do and hopefully you find that nice balance of a really interesting evening of some classical and some contemporary,” Janes said.

The alumni dancers began arriving on Monday. Habony was with the New York City Ballet at a residency in Saratoga Springs when she got the call from Janes.

She spent Monday morning rehearsing Balanchine’s “Stars and Stripes Solo” under the direction of McBride.

“It’s so nice to be working with Patty again,” Habony said. “When I was here I developed such a great relationship with her.”

Habony also dances in another Balanchine piece, “Who Cares?” She said McBride provides incredible insight into Balanchine’s choreography. Habony credits the School of Dance for providing her with critical opportunities for performance experience, even as a student.

“The principle and core roles really prepared me for what it’s like performing in a company,” Habony said.

The performance also features two pieces choreographed by Janes. He said the evening is a celebration, a testament to the hard work of McBride and Jean-Pierre Bonnefoux, the school’s director.

“It’s very exciting and hopefully it’s something that they can blossom out into something even bigger,” Janes said.